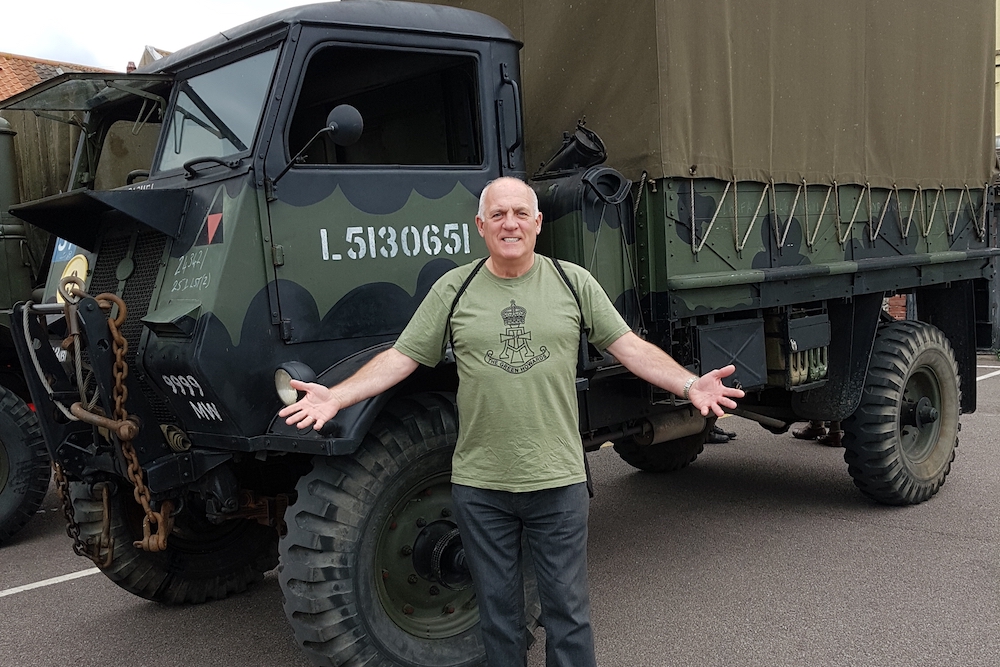 David Brown lived in Middleton with me and my son for the last 10 years of his life. A truck driver from leaving the army in the late 1970s and that’s all he knew and loved. He knew almost all the roads in the UK and if ever anyone wanted to get to a place David would know the best way.

We travelled to France, Spain and Italy camping without sat navs, and even though David had only passed through these countries while on a Goldwing tour he always knew where we were going and his sense of direction always got us to our destination.

We met lots of new friends while out and about because he was so friendly and could talk to anyone whatever their language may be David could get by as he knew a few different languages to get by on. Lots of friends we made on holiday have become firm friends for life.

David, a “Green Howard” veteran, always thought of other people, even when he was fighting his own cancer diagnosis he wanted to help others. He was selfless.

We held coffee mornings every two years for a few different charities in our home and raised over £5,000.

The last three and half years David fought a brave fight against cancer. During this time we carried on doing our fundraising coffee mornings. This year in may we decided to have our coffee morning as a farewell party to David as this would be his last one, as now the cancer was spreading and he was only given a few months to live.

Friends from his army days, friends from past workplaces, family and neighbours helped us raise over £2,000 for St Gemma’s Hospice one of our favourite charities where David stayed for a couple of times and they then looked after him at home. I’d urge anyone who wants to do some charity work to do it for St Gemma’s, they are marvellous and worth their weight in gold. Please look them up.

David sadly lost his fight on 19 July 2022 and I just wanted to send this tribute to a man who was selfless, friendly and loved by everyone he met.

One Reply to “David Brown: a tribute to my husband”