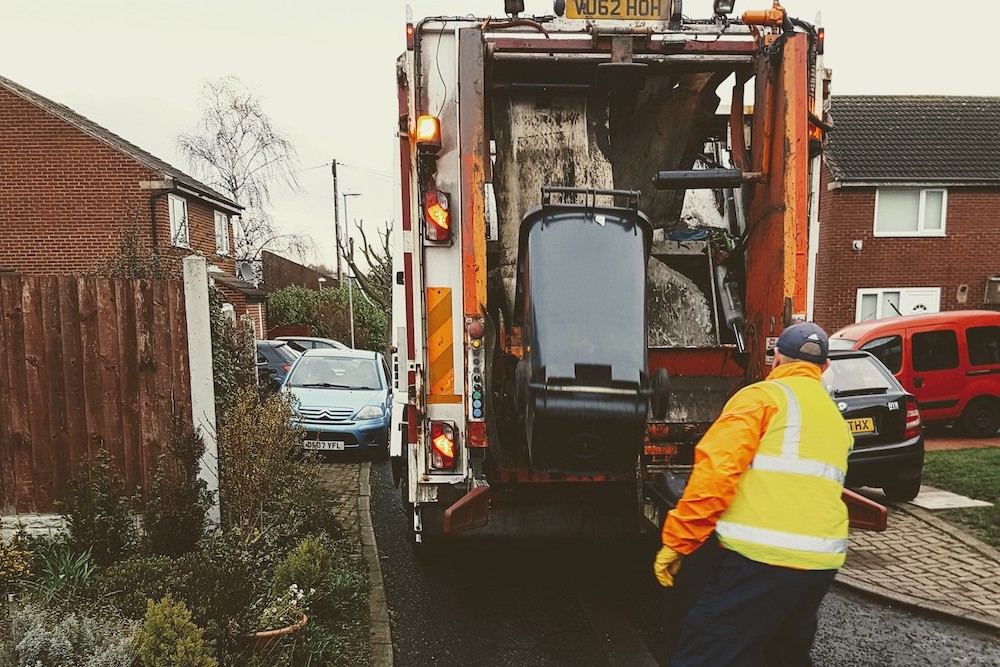 We’d like to pay tribute to the Council’s bin crews. They faced the double hit of black ice (caused by freezing rain) which prevented many collections, quickly followed by snow and more ice – causing a second major backlog.

In tandem with other Council teams, such as street cleaning, almost all the missed streets were recovered once the weather improved. It’s a hard, physical job at the best of times – made even more demanding by the weather.

We also send our heartfelt thanks to the Highways teams who battled the snow to keep most primary and many secondary roads open, as well as access to doctors’ surgeries, hospitals, schools and Covid-19 testing sites. The gritting teams drove thousands of miles, almost round the clock for several days.

Finally, we know the latest Lockdown is hurting people and businesses, but it is essential to save as many lives as possible until our most vulnerable citizens are vaccinated against this terrible disease.

The months ahead will be challenging. We ask everyone to follow the rules. And if you’re offered a vaccine, please take it. The more of us who do, the more lives we will save and the sooner we can return to something like normality.

The latest lockdown was unforeseen and started at the beginning of January. We would like to say a massive thanks to all key workers who continue to keep the city and our health services running. We would also like to pay tribute to the volunteers and third sector organisations around our ward who are doing such a great job delivering food parcels to those who need them, befriending the lonely and generally being fantastic!

While some things are put on hold due to lockdown, a number of things are ongoing, we’re excited that the work to improve the road signs in Holbeck has started! Other key updates are:

Despite Government cuts to the Council`s budget, we have been able to retain £150,000 of the original £250,000 fund allocated for the creation of a Hunslet Town Square on the land between the Penny Hill Centre and Hunslet Hub and Library. The plans will be phased so we can use the reduced money to do initial upgrades, and then do more when more funds become available.

Work to address the increase in fly-tipping on Beeston Hill and in Hunslet continues. Thank you to the residents who have been helping our enforcement teams identify who is dumping this waste so that we can take action with prosecution.

The Government has responded to our Council motion asking for more support for leaseholders, mainly in the City Centre, hit by the cladding scandal, but it has offered no new financial help. We will continue to lobby for proper support for our innocent victims.

We are also starting to work with partners to look at new benches, litter-bins, cycle hoops and art along the towpath between Leeds Dock to Thwaite Mill. Formal plans for this will be presented to us next month for consideration.

Councillors have worked with the police, Antisocial Behaviour Team, youth services and First Bus to tackle youths involved in antisocial behaviour. Over a dozen young people and their families have received legal orders and warnings. A “Trojan Bus” (a normal bus carrying police officers) has been deployed several times and has apprehended offenders.

The lengthy legal action against the Council’s decision to grant planning permission for a retail park on the former Benyon House site (next to Asda) has now gone through the High Court and Court of Appeal. The courts found in favour of the Council.

A planning application has been submitted to build 176 council houses on Middleton Park Avenue. This will provide urgently needed council housing, including 60 extra care units for older people, and accommodation for people with disabilities. Councillors have carried out public consultation about improving the green area between Sharp Lane and Towcester Avenue.

There will be a further consultation in February to feedback the results, and to plan the way forward. Following public consultation, plans for a bus hub at Middleton Park Circus have been significantly amended. The project will now improve existing bus stops and shelters, and provide real-time information.

This post was written by the Councillors representing Beeston & Holbeck, Hunslet & Riverside and Middleton Park wards.