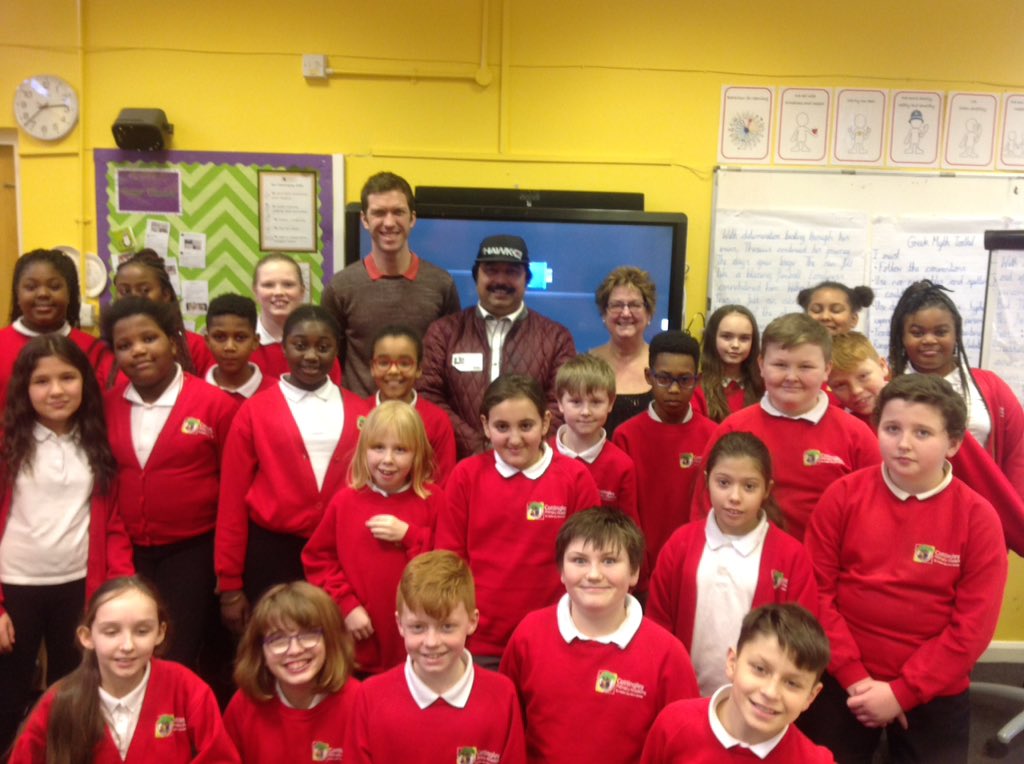 Before Christmas Year 6 children at Cottingley Primary Academy wrote to their MP and Councillors to express their concerns about the Cottingley Hall estate.

The pupils raised a range of issues in their well crafted letters:

“Residents are embarrassed of where they live because their environment is getting ruined and their own stuff is getting smashed and they believe they cannot have anything nice.” Wrote Tashaun Thompson

“I am writing to you in regards to a serious issue that has been repeatedly occurring over the last few months with teenagers vandalising things at the park and over the estate.” Linden.

“(The teenagers) are not setting a good example for younger children. They are playing inappropriate, ear-piercing music in the park. They are not only doing this, they are smoking and making people feel uncomfortable. In addition parents, who are meant to be enjoying their time watching their children, are now having to argue with them because they are not sharing the equipment.” Mary Daniel. 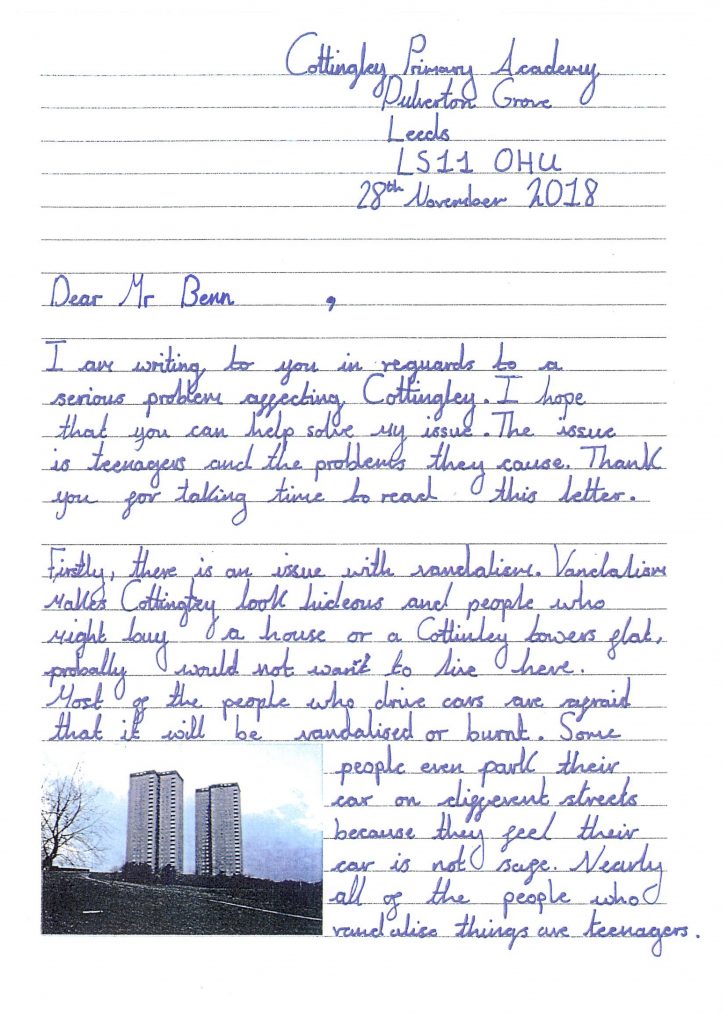 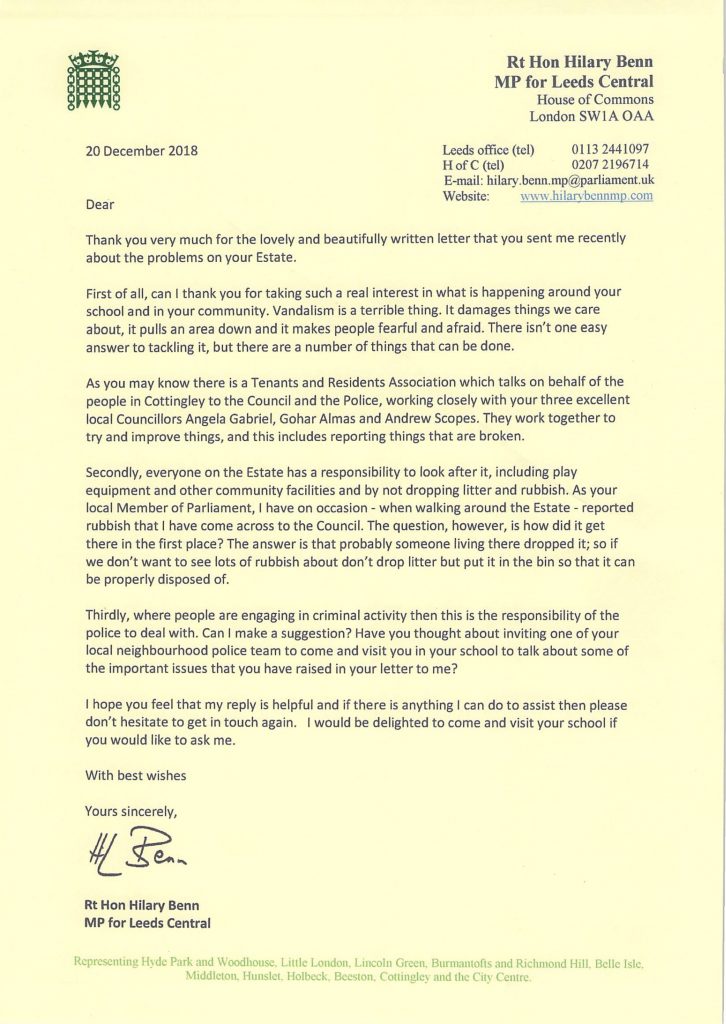 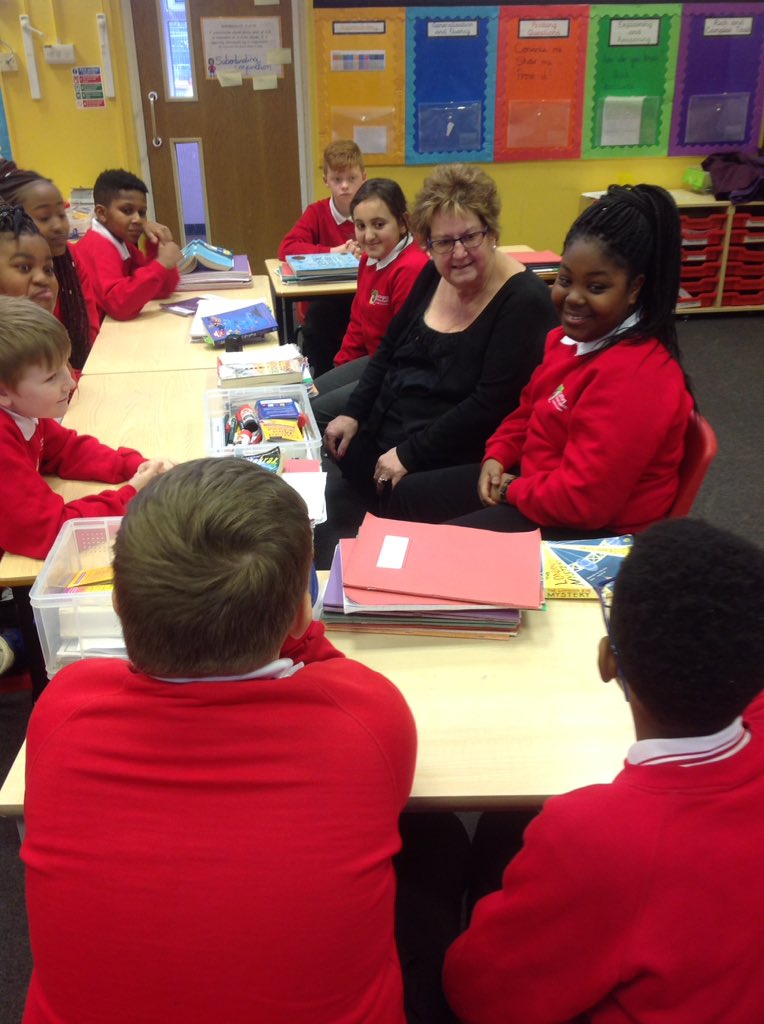 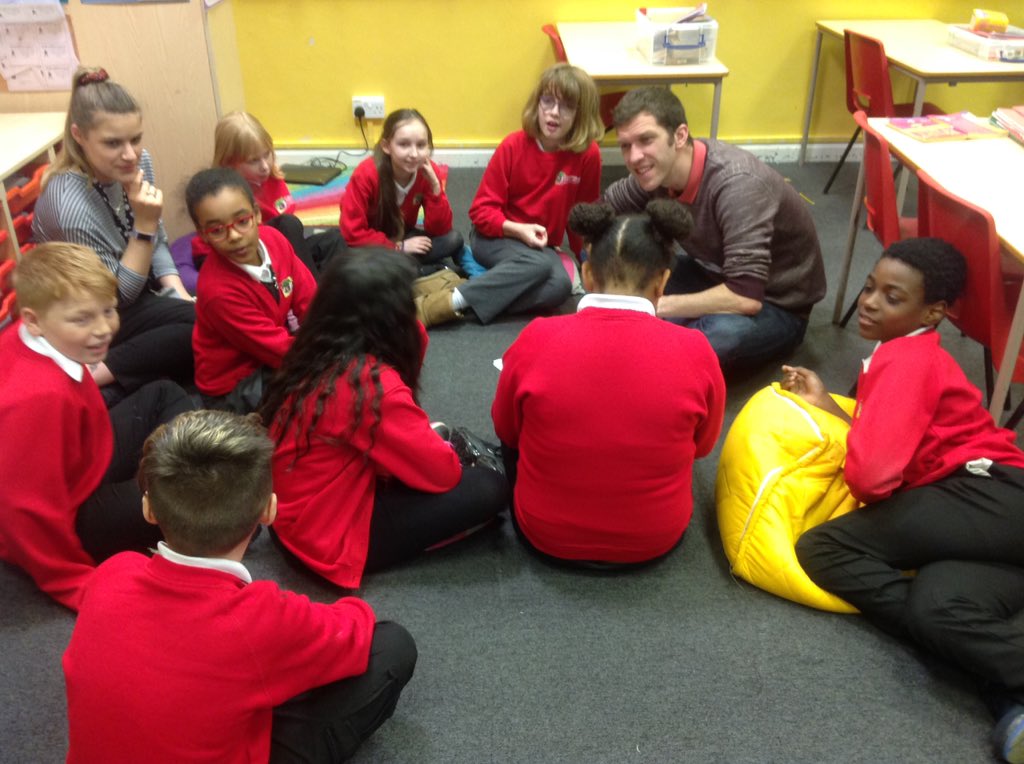 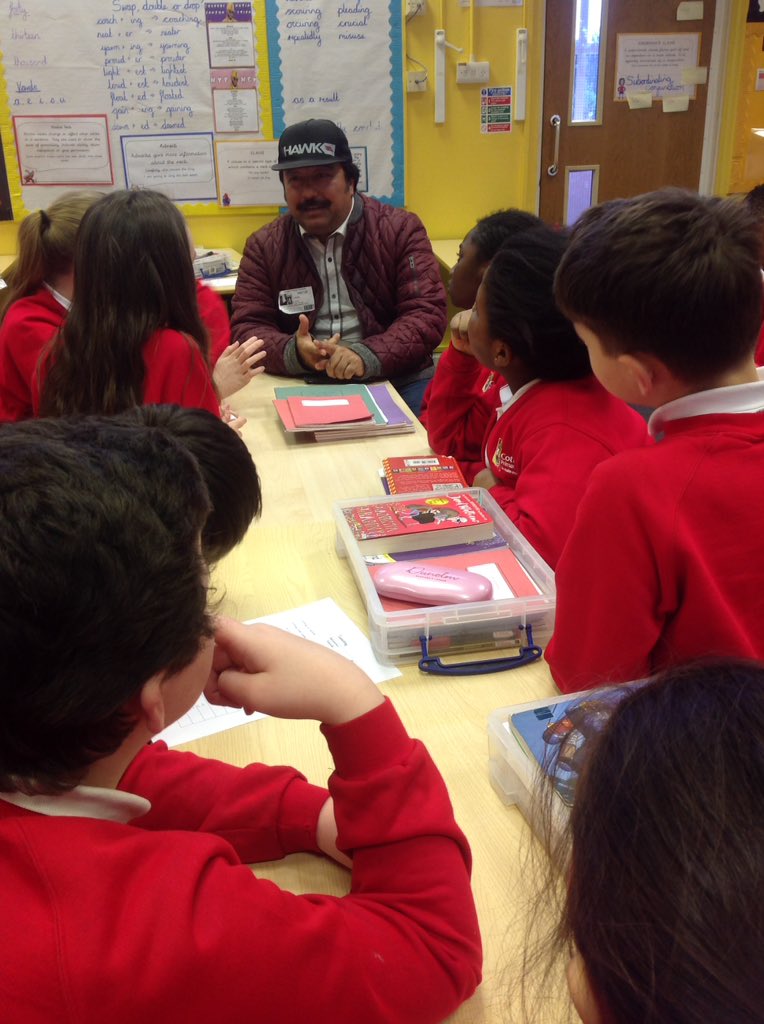 “It was a great experience for all three of us local councillors to visit the Cottingley Primary School in response to the letters we received. The pupils were delighted to see us and we were impressed by their knowledge of local issues and how passionate they seemed to help see them resolved.

“We discussed the anti-social behaviour issues, vandalism, litter and fly tipping, dog mess, using correct bins, play area issues, the role of the Police and fire services and how to help keep our environment clean and less polluted.

“We also explained to them how the council operates and I was especially impressed by their attitude towards civic obligations, as well as our rights as citizens of our great city of Leeds.

“Finally, I’d personally like to congratulate the teachers and parents, who should be proud of how their children interacted in such grown up manner.”