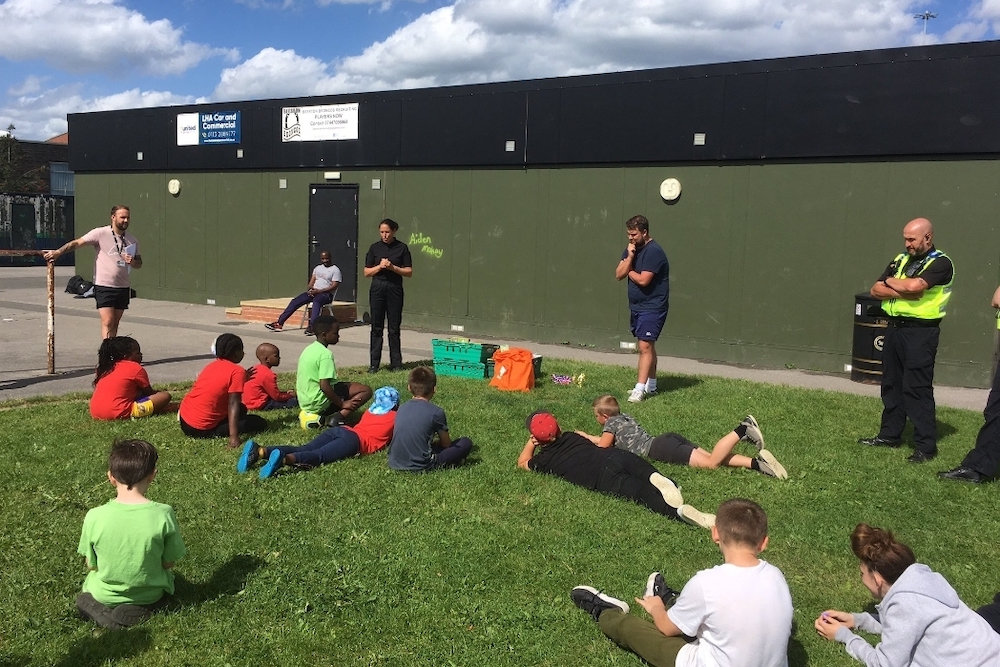 It has been a very busy month again for my team policing South Leeds, there has been a lot of problem-solving taking place as well as responding to calls for service, pro-active operations, engaging with members of the public and participating in early intervention work and engagement with young people at the small number of youth summer groups that have been running.

With summer holidays coming to an end, a lot of people will be returning back to school and back to the workplace. It is important however, to recognise that there are still a number of restrictions in relation to Covid- 19 and to ensure that we are keeping people safe it is imperative that we all adhere to these restrictions.

In particular, the restrictions in relation to organising or participation in gatherings. The Government have this month given police extra powers to prevent and reduce such events and there are significant fines that can be issued should these occur.
We will continue to engage, explain, encourage and as a last resort enforce. It is essential that we all play our role in preventing transmission of the virus and adhere to regulations, especially as we move towards the colder months.

As a result of Covid-19, there have sadly been far fewer youth provisions and summer camps taking place across South Leeds. Last week I was lucky enough to attend an event that was being held with at the Beeston Broncos. A number of local partners assisted in providing this four week summer provision and I attended on the last day to speak to some of the young people who attended, they had clearly had an excellent time. Engagement opportunities such as these are an essential aspect of policing and partnership working.

This month I was made aware of a letter that a local young person from the Middleton area had written to her MP, highlighting her concerns with off road bikes in the Middleton area, especially around Middleton Park. This was an excellent letter and the young author was clearly passionate about her area and making a positive difference. Two of our off-road bike team visited and spoke to her about her concerns and the work that we are doing to try and resolve the issue.

I often write about the proactive work that we do to tackle issues and this month we have continued with this approach. You may have seen officers visible with the speed gun in locations around Middleton, as well as Beeston and Holbeck. This month officers acted upon information that was provided by the community and seized a stolen quad bike from Middleton.

We work very closely in partnership with Safer Leeds to keep people safe across South Leeds. A lot of the work that we do with Safer Leeds involves the Anti-Social Behaviour Team, Safer Leeds security patrols and also Leedswatch (CCTV). We will work together when premises are identified in relation to ASB or where there are concerns regarding vulnerable residents. This month we have worked together and secured a number of Closure Orders on premises. This is an excellent power that we have to prevent further offences and safeguard vulnerable people.

In relation to CCTV, there is now an extensive network of cameras in the Holbeck area. These are used proactively with operators at Leedswatch monitoring and liaising with police officers to be able to deploy them effectively and efficiently. In the early hours on 26 August, Leedswatch operators noticed three males acting suspiciously near to Domestic Street. There had recently been a robbery offence nearby and Leedswatch were able to direct resources and all three suspects were arrested for robbery offences and our investigations are ongoing. This was excellent work which resulted in three excellent arrests.

A question that I often get asked is in relation to joining West Yorkshire Police. At the moment I am pleased to confirm that we are currently recruiting police officers and there are a number of opportunities available to join us and make a difference.

There are now two entry routes to become a Police Officer with WYP, depending on whether or not you have a degree.

The Police Constable Graduate Scheme is for people who already have an Honours degree in a non-policing subject. The two year programme will be a mixture of classroom and workplace learning at Wakefield, Leeds and in operational police roles at districts. This programme leads to a post-graduate diploma in policing. The starting salary will be £24,176, rising to a minimum of £26,371 after completing the programme

If you don’t already have a degree you can apply to the three year apprenticeship programme. This will involve a mixture of classroom based learning and ‘on the job’ training at the Carr Gate Police Learning and Development Centre in Wakefield and at Leeds Trinity University in Horsforth, Leeds. However, the majority of the course will be in an operational police district in West Yorkshire, where you will put your newly acquired knowledge into practice alongside experienced police officers. The programme leads to a BA Honours degree in professional policing practice, allowing you to ‘earn while you learn’. The starting salary will be £20,879, increasing to a minimum of £26,371 on the completion of your training after three years.

In addition, to apply for the non-degree holder route you must have a level 3 qualification e.g. two A Levels or a BTEC, or equivalent. If you don’t have a Level 3 qualification, service as a Special Constable or a PCSO or in a policing role that has prepared you for the role of a police officer can also be considered.

For further information or to express your interest please visit our website at: www.westyorkshire.police.uk or email: recruitment@westyorkshire.pnn.police.uk