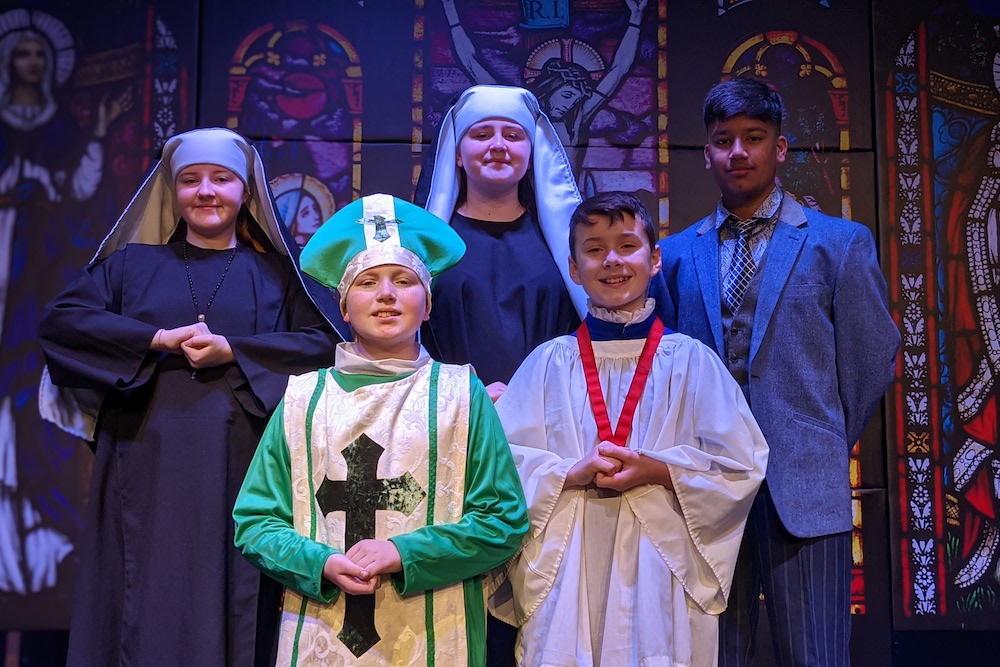 I met five engaged and engaging stars from this year’s Cockburn School production of Sister Act in a break from rehearsals.

They told me they were glad to be back on stage after last year’s show had to be cancelled because the Covid pandemic. “It was such a gap, you’d usually be in rehearsals from September to December and I didn’t know what to do with myself.”

Usually pupils progress through productions moving from smaller to larger roles over several years, but this year they’ve all had to make a big step up. Not only are the parts bigger, but they have a greater responsibility with younger students looking to them for advice. It’s a role they seem to take on with confidence.

“We’re able to mix with people of different ages, different cultures, different backgrounds, whatever they have going at home” says Ana. “You start the production and don’t know any of these people, but at this point, we’re all one big dysfunctional family.”

The group are clear that being in the show will help them in other aspects of there life.

“It’s a life skill, it gives you confidence for job interviews and other things like college and university applications” says Eesaa.

“I want to go on to bigger things in the drama world, so I think productions here will help me in the future and maybe I’ll be able to come back and teach here.”

Poppy doesn’t want to pursue a career in performing arts, but sees it more as a hobby but thinks it will help her in whatever job she does go into.

Cockburn’s approach and ethos is to treat its shows as professional productions. The students talk about auditioning; building relationships on and off stage with staff and students; having to work through difficulties; the whole “rollercoaster” of putting on a show. It’s clear that whilst they might be hard task masters, the staff are also very supportive to cast and backstage crew.

The show has been well picked for this year as Poppy explains:

“It’s all about how the nuns love each other. This sisterhood and togetherness is not only what has brought the whole cast together, but we’re hoping will bring the whole audience together. All I want is for other people to find watching me as enjoyable as I enjoy acting it.”

As well as three evening performances, there will be two matinees. One is for local primary schools and one is for the students at Cockburn Laurence Calvert Academy in Middleton which isn’t able to stage a show this year.

In total over a thousand people are set to see Sister Act and from what I’ve seen they are all sure to leave feeling uplifted, with a smile on their face. And surely that’s what everyone needs at the moment.

Please note: the three public performances are sold out.

The school has advised that in the light of the Government’s latest Covid-19 guidance: 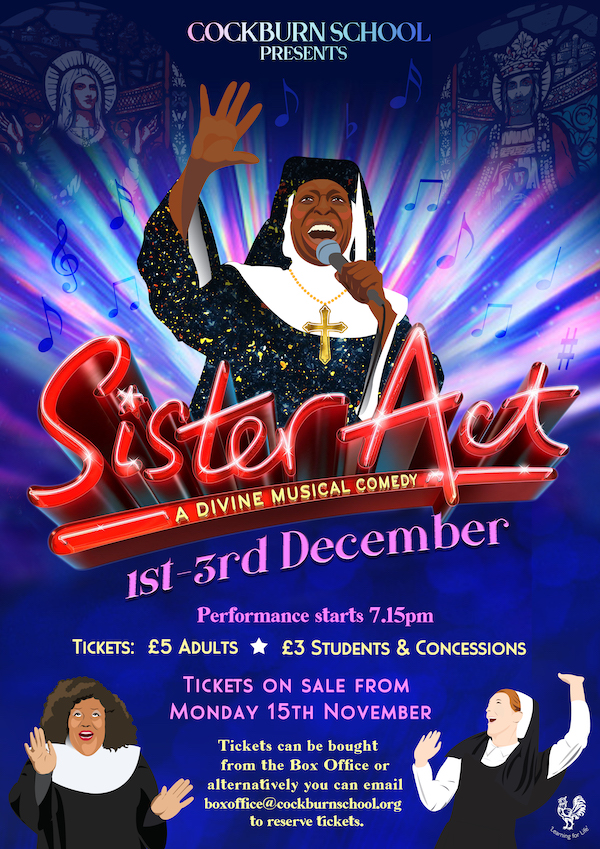 One Reply to “Cockburn’s sisterly solidarity is no act”