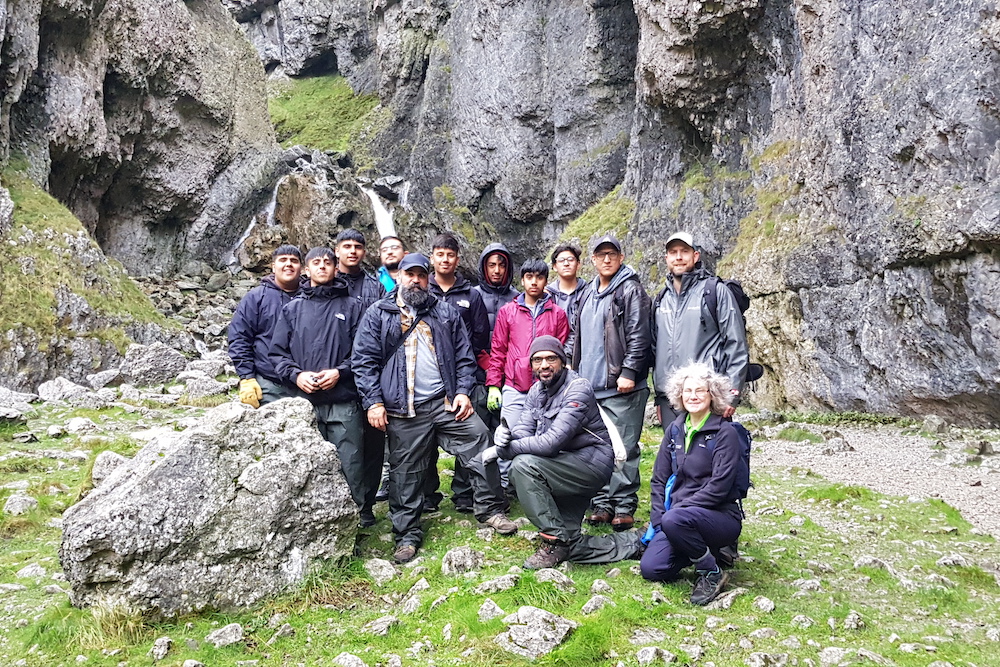 The last thing you might expect to find as you approached the beautiful Goredale Scar near Malham in the Yorkshire Dales would be a group of teenage boys from Beeston mending the path.

But that’s exactly what visitors experienced one weekend last month. This was just one project to come out of partnership between local youth work charity Good Deeds and the Yorkshire Dales National Park called Generation Green.

The group of ten 14-16 year old boys (the charity is short of female leaders at present) had met with a National Park Ranger in Beeston and then attended a three day residential where they learned some basic outdoor skills including map reading, compass use, knots and rope work plus cooking on an open fire.

They returned a few weeks later to carry out some work on the path leading to Goredale Scar a spectacular ravine with waterfalls. The path had been improved to allow people with mobility issues – wheelchairs, frames, or pushchairs – to access the bottom of the gorge. However, wear and tear, plus erosion of the scree slopes, meant the path was uneven again.

The team worked to remove loose stones and relay four tonnes of limestone aggregate to fill the gaps and create a smooth surface. The young people were delighted with the reactions from walkers who thanked them for their hard work.

“It was the most rewarding and enjoyable day and I hope the young men and adults from Beeston realise what a great asset they are to their community and to those who will enjoy the Yorkshire Dales for many miles on footpaths that these volunteers have repaired.”

The final leg of the programme saw them spend a day planting trees and building wooden fences at a site near Richmond.

“I think it was a bit of a shock to the system for the young people. It’s a different world. They’re used to modern life, phones and computers and there was no network up there! But this initiative has allowed them to visit, engage and stay (in beautiful countryside) It’s made a huge impact on them, they want to go back and it’s inspirational to see that impact.”

Comments from the group included:

“Enjoyed everything, including the walking.”

“Could have stayed for longer.”

“It was different to Beeston.”

The waterfalls were beautiful.”

“The knowledge gained about history and the landscape was interesting.”

“It was fun, active and enjoyable.”

One Reply to “Beeston youngsters experience the Yorkshire Dales”