2019 marks 100 years of Remembrance. World War One officially ended with the signing of the Treaty of Versailles on 28 June 1919. 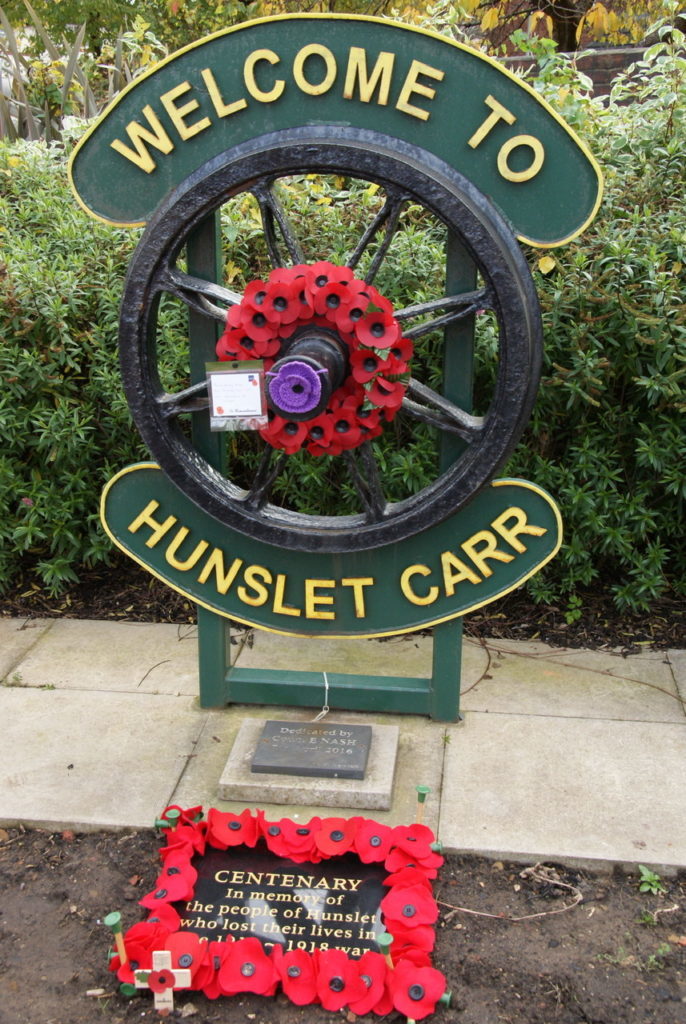 Later that year on the first anniversary of the World War One Armistice on 11 November 1918 the Royal Family, senior politicians, military and religious leaders gathered in the grounds of Buckingham Place to remember those who died in the line of duty.

This act of remembrance has continued every year since and Armistice day later became Remembrance day to be held on the second Sunday in November.

This year Hunslet Carr Residents Association commissioned a new memorial stone to remember those who gave their lives in the 1914-1918 war. This is now in position directly in front of the Welcome to Hunslet Carr wheel and on Remembrance Sunday a  home-made poppy wreath was placed around the stone.

3 Replies to “Centenary of Remembrance”