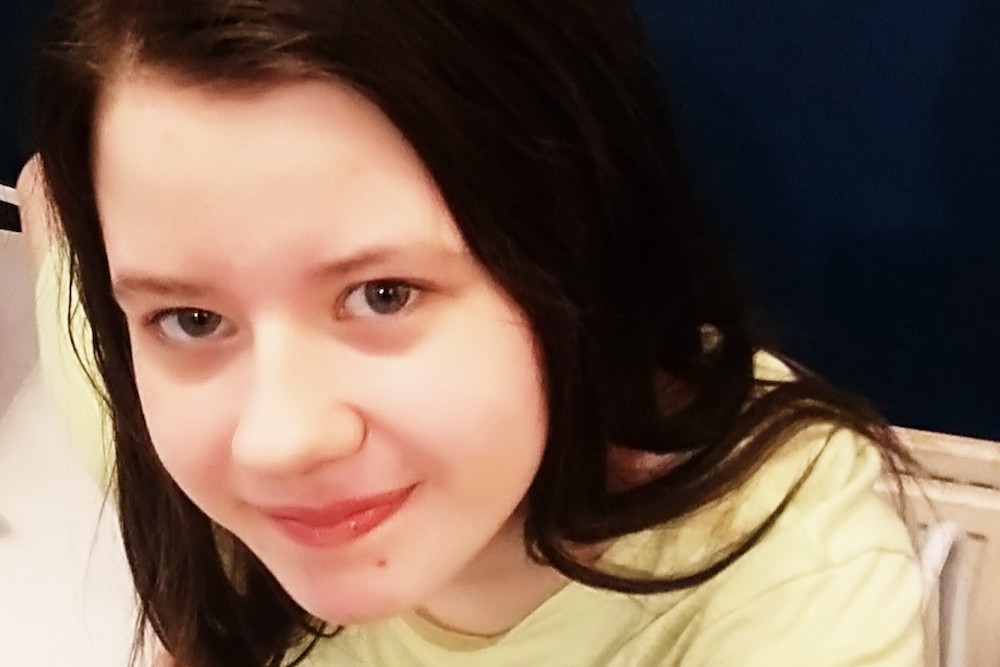 In the 11 years since Amber was diagnosed, my family has learnt a lot.

Firstly, that although hers was an early diagnosis compared to others, we left with lots of might dos and might nots. This was unusual as many diagnoses end with a forecast of what will happen next, but no one had a clue. It became a learn as you go, which meant we got some things wrong.

Keen to spread awareness, we jumped in and there was our first mistakes – the colour blue and the puzzle piece.

Back then there weren’t as many autistic adults explaining the harm these two seemingly innocent things do to the community. Both symbols are heavily associated with an American charity who sold autism as something that broke up families, was a destroyer of marriages and needs to be got rid of as soon as science can, which they depicted in numerous adverts.

After encouraging the Light Up Blue here in Leeds I now own and realise that was a mistake. The National Autistic Society’s (NAS) original logo was a puzzle piece with a crying child, implying there was something missing in them and not a whole person.

It requires no explanation of how this can be offensive to people who will have been treated as less because they are autistic. NAS change their logo realising the negative message it sent out. Most people with autism prefer the colour Gold and in fact the infinity symbol.

Amber, as all children do, has grown and changed. From non-verbal to verbal, from not interacting to being happy to join in some, from overload and meltdowns almost daily to self–managing them to where we very rarely have them.

The key to these changes? Listening to autistic adults. At the height of her overloads which concerned me as her mum as she was so distressed and I couldn’t work out why, I found a piece written by an adult that said eye contact was painful and in overload it’s like taking every bit of light, noise, smell and feeling in at the same time. So we cut all sensory out, TV off, curtains shut we didn’t look at her or approach her. We did nothing. The first time we tried it, it shortened the overload and now we have got to a point where she now knows to ask for quiet before things get too much. The advice we were given by medical professionals was how to restrain her, which we politely declined.

We took a lot of notice of her sensory needs. Smell was always the first thing she did to anything and everything. We had concentrated sensory time usually in the bath with all kinds of washing gels, now she is a teenager it’s body sprays and hair products that she meticulously mixes until she’s satisfied. It is important to indulge these as a form of decompressing, not as a try to relieve an already blown-up overload.

We have never hidden from Amber that she is autistic (her preferred term). All children are very perceptive no matter how their brain pattern works, she knew she had appointments her brothers didn’t have and that her peers were speaking when she wasn’t. She had extra lessons and speech therapy why would we not explain that? We learn now that when children feel different that it can cause anxiety and mental health issues, usually made worse by not knowing why. We have chats about our brains and how mum’s is different to Ambers’ but they are both good, she doesn’t feel less than because she is autistic.

Masking is a topic that we now know causes harm. Masking is when a person will put on a front and cover their natural instincts in order to fit in. Ironically as a society who sends the message that being unique and just be yourself is enough, doesn’t necessarily cross over to the neurodiverse community. There was a time when meltdowns would routinely happen after school, as soon as we left the gate the emotion from overload would spill out. She had tried so hard all day to “behave” and supress her instinct to stim because that was “disruptive” she became physically exhausted as well as mentally drained. We learnt that allowing her quiet time and not interacting for at least an hour helped her decompress much quicker.

As we come into April, Autism Awareness Month, many feel that now it is time for acceptance. How do we achieve this? We need to elevate autistic voices and have them at the forefront when teaching about autism. Representation and visibility are as important to this community as it is to any other. If we, as Neurotypical (non-autistic), get it wrong we should own that. You are not a bad parent because you didn’t know something. Find advocate pages that are run by autistic adults, they can explain things even doctors can’t. We just have to listen.