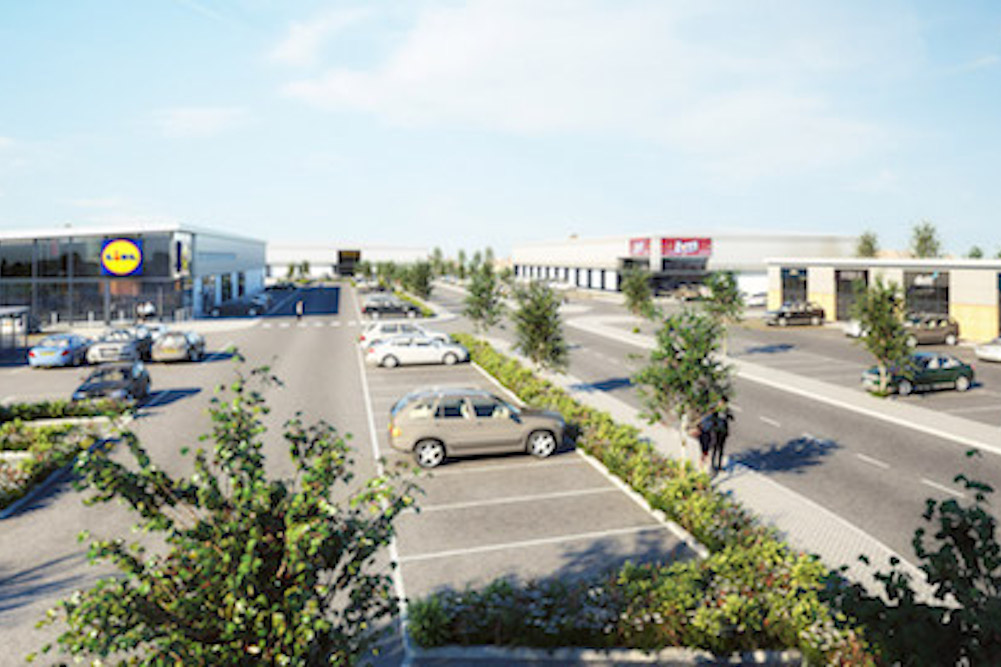 Asda have lost their latest court battle to stop the redevelopment of the Benyon House site in Middleton.

Plans for a new retail park on the site including new B&M and Lidl stores were approved by Leeds City Council in April 2019. As we reported at the time, Councillors on the South & West Plans Panel went against officers’ recommendations to reject the scheme on the grounds that it would have a detrimental impact on Middleton’s District Shopping Centre.

Asda took the Council to court, claiming the decision was unlawful as it ran counter to national planning guidance.
They lost in the High Court and have now lost in the Court of Appeal where Judge Lord Justice Sir Keith Lindblom ruled that Leeds City Council had made an “entirely lawful decision.” It is not clear if they will persue the case to the Supreme Court.

Developers Commercial Development Projects first applied for planning permission on the site in 2016, but were refused. They applied again with a modified scheme in February 2018 and permission was finally granted in April 2019.

The scheme will provide a new home for B&M’s Middleton store which will move from the District Centre. Planning Officers had reported that B&M accounted for 42% of turnover at the district centre, and cited the economic damage moving would do to the district centre as the reason to reject the planning application.

But B&M had made it clear that they would close their Middleton store if the new retail park wasn’t built, saying their current premises were not fit for purpose.

“We welcome the Court of Appeal’s decision to reject Asda’s case against the redevelopment of the Benyon House site.

“It is very positive news and will now allow the new retail centre to be built which will help create much needed jobs for people in Middleton.”

The site was formerly used as a bus garage and then as the head office and warehousing for the Co-op in Leeds, before being demolished in 2014. It has remained empty since then.