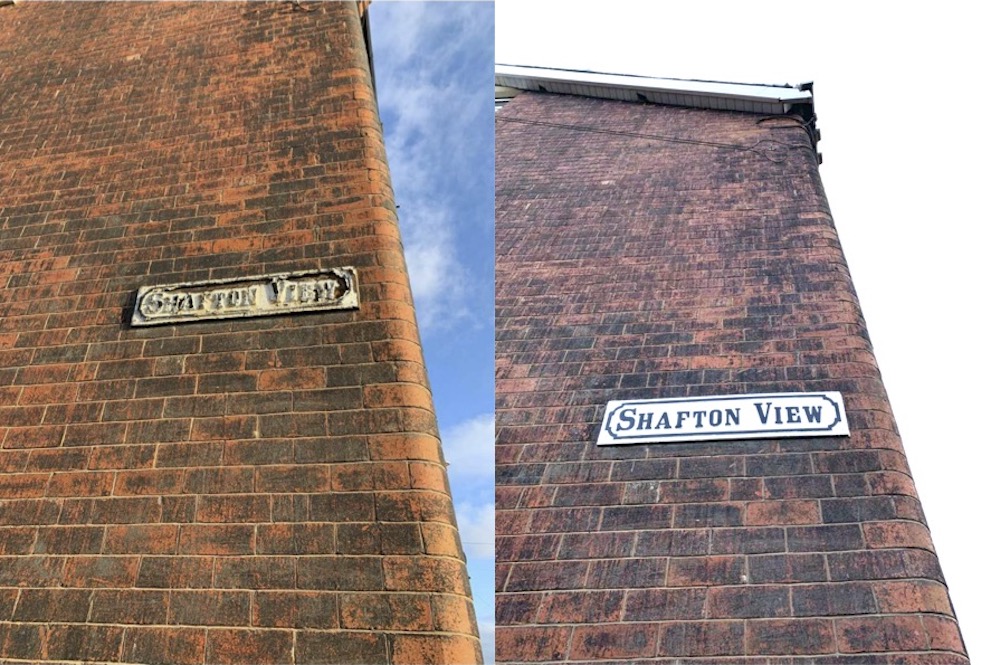 It will be much easier to find your way around Holbeck soon thanks to up to 100 new street signs, funded by local Councillors Gohar Almass, Andrew Scopes and Angela Gabriel, that are being installed across the area.

As the original Victorian cast iron signs have got older some of them have fallen into disrepair, become too difficult to read or have been damaged, and the Councillors agreed to fund the refurbishment which will ensure streets are easily identifiable.

In keeping with the area it was agreed that the signs should be refurbished rather than replaced with modern ones.

Some of the streets benefitting from the new signs include: Crosby Street, Shafton Lane, Tilbury Terrace and Colenso Terrace.

“My colleagues Andrew Scopes, Angela Gabriel and I were delighted to fund the refurbishment of these signs, it may seem like a small thing but street signs are very important, as the emergency services or anyone trying to navigate a new area will know.

“It was important to us that the history of Holbeck was retained which was why we wanted to restore the Victorian signs rather than replace them with modern street signs we see elsewhere.  I hope both local residents and visitors are pleased with them.”

2 Replies to “Lost in Holbeck? Not anymore!”