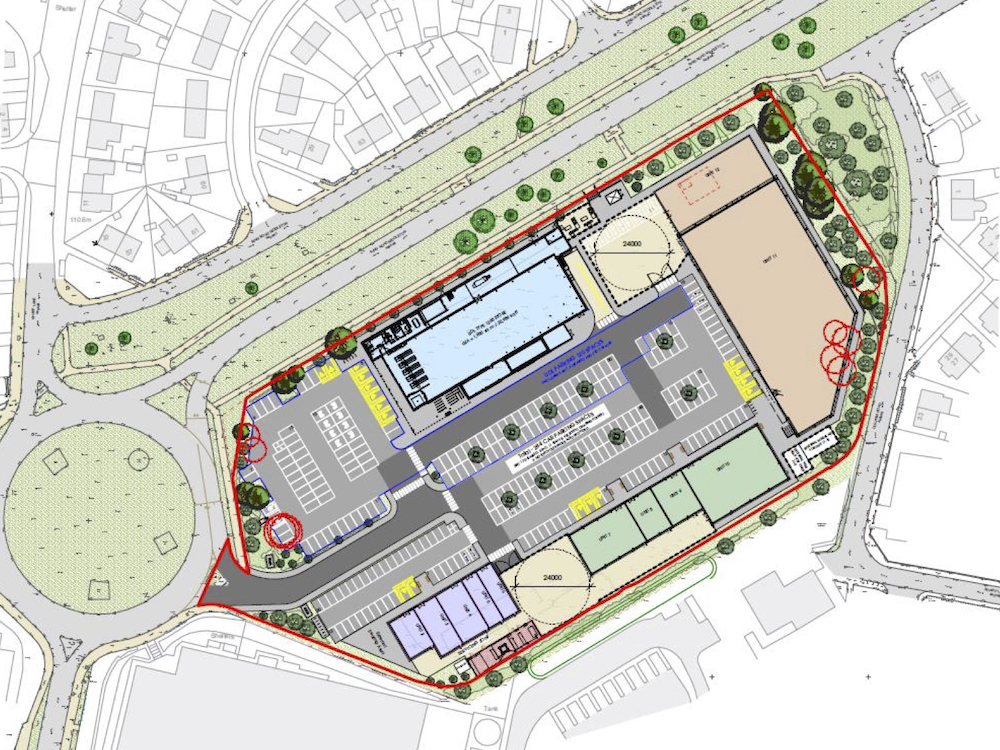 Plans for a £15 million retail park in Middleton have moved a step closer to reality after councillors insisted that the scheme be approved.

Meeting yesterday (20 December 2018) members of the South & West Plans Panel said they wanted to approve the proposals, which would create 140 jobs – despite council planning officers recommending the plans be refused.

A final decision on the proposals was deferred for a second time and will now be brought back to panel early in the New Year, this time with councillors instructing planning officers to come back with reasons to approve the plans.

Officers originally said the new centre – which would include a new B&M, Lidl supermarket, Starbucks and Pets at Home among others – would affect trade at the adjacent Middleton District Centre and would contravene a new council policy which meant the site should also have housing on it.

But councillors disagreed – and the plans now look certain to be given the go ahead early next year.

Hunslet & Riverside councillor Paul Wray (Lab) said planning officers had placed undue weight on the potential impact on the struggling Middleton District Centre. He argued the merits of the application – in terms of jobs, training and skills – were more important than other concerns.

“I do think it will bring employment to the area. We had a similar development in our ward [Belgrave Retail Park in Stanningley] which has enhanced the offer, not caused problems for the district centre. They have complemented each other. The same could happen here.”

Plans panel chair Cllr Caroline Gruen also hailed the jobs and skills, saying the new centre could act as a magnet, bringing more shoppers to the area, leading to more visits to other shops. She said officers were wrong to put more weight on the impact on the existing centre, rather than the creation of jobs.

Cllr Colin Campbell (Lib Dem, Otley) said the plans should not be approved. He said:

“If you dangle a brand new shopping centre in front of the people of Middleton and compare it the the tired facility next to it, you’ll find many will go for the new one.

“But this will have a major impact on Middleton District Centre. There is no evidence of onward trips. It is not compliant with the council’s policy for this site and it sets a precedent for developers in other parts of the city.”

James Marshall, for the developers CDP, said the proposals had been tweaked following previous feedback at the panel, and shop fronts now included more glazing and brickwork. He said Asda’s concerns over the proposals were to “protect their own commercial position” and insisted the new centre would have “minimal impact” on surrounding trade and would attract more people to the area, including existing nearby shops.

As South Leeds Life has previously reported, B&M’s Chief Executive has already said they would move out of current unit in the District Centre at the end of the current lease in October 2019 as it was no longer fit for purpose.

The Benyon Way site has been the focus of planning issues for many years. Tesco applied to build a store on the site, but were rejected in favour of the Asda store on the next-door site. The plan for a small retail park, anchored by a Lidl store and the relocated B&M store, was first put forward in October 2016 by Marshall CPD.

This first proposal was rejected by planning officers due to concerns about the removal of trees and noise nuisance to local residents. The developer then worked with officers to adapt the plans to meet these concerns. The current planning application was submitted in February this year.