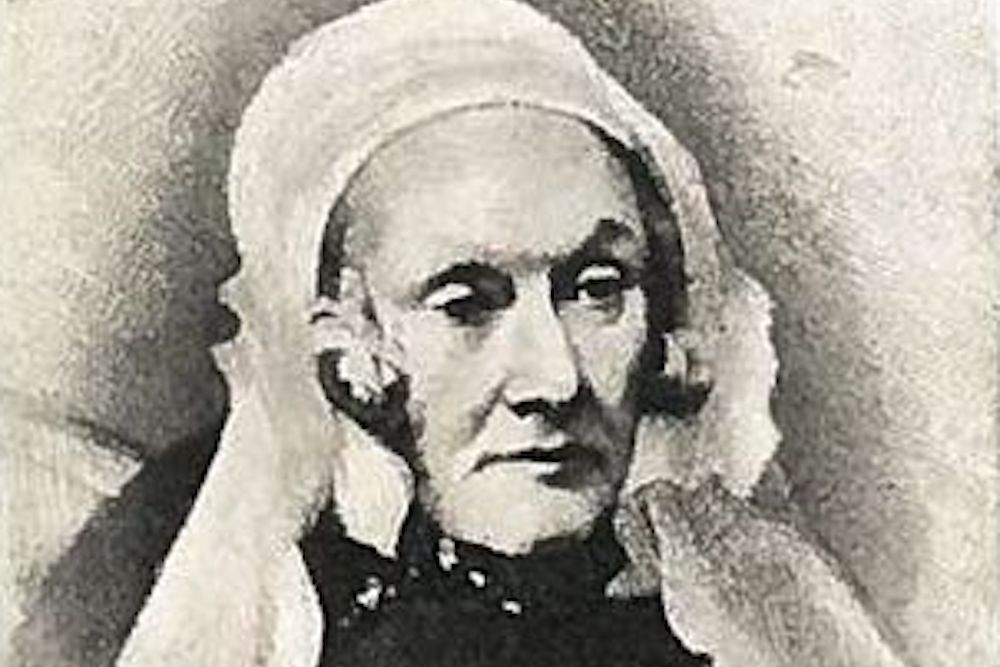 To mark International Women’s Day on 8 March, we present stories of inspirational women with links to South Leeds:

The Hamil family originated in France, and as Huguenot refugees they settled in Ulster where they joined the Presbyterian Church. Her father and brother, John, had connections with the Society of United Irishmen.

There is some evidence that in her teens Ann Jane met a local man of her own age and wanted to marry him but older members of both families felt that the teenagers were too young and impetuous to be a suitable couple.

In 1800 Ann married the Rev Francis Carlile, he became the Presbyterian Minister for Balieborough and Corran in County Cavan. The couple had one son and six daughters, three of the daughters dying within three years. There was only a slender income for the manse, and for themselves and the children, but Ann Jane was an industrious woman and also businesslike and opened a drapers shop in Balieborough near their home to supplement the family income.

On 1 February 1811 Francis died after a short illness, aged 39. Ann closed her business and moved the family to Derry where they lived for the next 15 years, financially independent living on income from property that had belonged to her husband.

In 1826 the family moved to Dublin, it was here that her son died while climbing the Powers Court Waterfall. It was after this tragic accident that Ann Jane began to involve herself in public service.

Her son’s share of her will went to support a missionary teacher in India for 30 years, she then became a prison visitor as a member of the Female Gaol Committee and in 1827 she accompanied Elizabeth Fry on her fact-finding mission in Dublin, as well as supporting Fry in her campaign against transportation.

From her visits she realised just how many inmates were there because of alcohol abuse, this led Ann Jane to become involved in Temperance work although at this stage she had not taken the Pledge.

In 1830 she opened the Mariners Total Abstinence Temperance Society in Poolbeg Street, Dublin, this was an area much frequented by sailors, ex-convicts and prostitutes. In 1834 while staying with her sister at Cootehill, County Cavan, she set up a Temperance Society. Some years later she was to meet the most wretched women in New Grange Prison, Dublin, who were all there due to their habit of drinking whiskey. She invited them to attend a Temperance meeting in Poolbeg Street on their release and one replied “True for you ma’am the whiskey brought us here, you can afford to drink your wine but we cannot”. It was just after this that Ann Jane signed the Teetotal Pledge.

Ann Jane travelled all over the United Kingdom promoting Temperance Societies, her first visit to Scotland in 1840 led her to visit Edinburgh Prison where some inmates had been sentenced to transportation and her success in persuading some of them to take the pledge reached the ears of a Glasgow clergyman who broke his own rule about not allowing women into the pulpit by inviting Ann Jane into it to speak.

In this period she came in contact with Father Theobold Matthew the celebrated Irish Temperance campaigner and travelled to London to speak in support of his 1843-45 campaign. Far more of a speaker than a writer she nevertheless did produce three, four-page pamphlets based on real life situations: The Reformed Family of Ballymena; John Miller, the Reformed Sailor, widely used by Temperance activists; and Little Mary or a Daughter’s Love, this provides an account by a child of an alcoholic mother, this child was brought up for some time by Ann Jane and her daughters.

In the summer of 1841 on her first visit to Belfast she founded the Victorian Temperance Society, this was an organisation for women but the Honorary Secretary was a man, Alexander Mayne, as no suitably qualified woman could be found; she was also influential in the closure of one of the most notorious public houses in the city in 1854.

She was also involved in the reclamation of prostitutes in Belfast, Ballymena, and Dublin where she was also co-founder of Dublin’s earliest Asylums for prostitutes.

Ann Jane Carlile (later her preferred spelling was Carlyle) is probably best remembered for her July 1847 visit to Leeds where a large crowd of boys and girls were assembled for a meeting in South Parade Chapel that had been organised by the Rev Jabez Tunnicliff where the question asked was “what shall we call the Society?” Ann is reported to have replied: “They are a Band of Hope”.

There was disagreement who actually said this Carlile or Tunnicliff who also claimed credit but in the end it didn’t matter. The organisation still exists as Hope UK as do the problems our Victorian forebears fought to solve.

Ann Jane died on 14 March 1864 aged 89 and is buried in Mount Jerome Cemetery, Harold’s Cross, Dublin. In February 2019 a plaque was unveiled to Ann Jane at the Presbyterian Church in the town of Bailieborough.