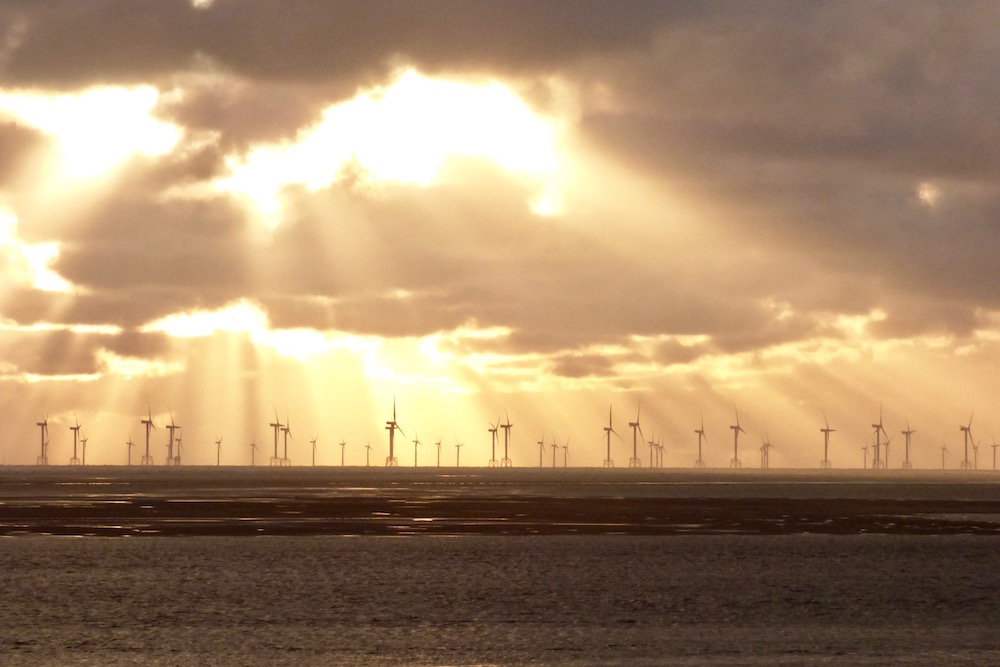 Do you believe your mobile phone works? Yes. (Unless you just dropped it in the bath, obviously.)

Do you know how it works? No.

Actually, nor does anyone else. Some people know how to etch ten million transistors onto a square millimetre of silicon. Some can send radio waves up twenty thousand miles, hit a tiny satellite, and bounce them back to Earth. Some can even work out just how much more slowly time itself goes for the satellite than it does for us down here.

Science is so big that no single person can grasp it all. But it works. If it didn’t, we wouldn’t be putting selfies on Instagram.
Just like they collaborate to make a phone work, millions of scientists around the world are measuring how our planet is heating up. And if you believe they can put a tweet instantly on your screen, you can believe them when they say the world’s a degree hotter than it was in 1880.

And there’s no mystery as to why. Over the last hundred and fifty years, by burning oil, gas, and coal we’ve increased the amount of carbon dioxide in the atmosphere by half — and carbon dioxide is great at trapping heat. If Earth’s atmosphere is a duvet that we’re snuggling under, carbon dioxide (and other greenhouse gases like it) are like super-cosy eiderdown. Which is great until your duvet gets too thick and you wake up feeling boiling hot.

It can be hard to imagine what difference adding another one, two, or even four degrees to global temperature will really make. Warmer weather might sound nice in a Leeds January, though wetter weather — which we’re experiencing more and more — probably doesn’t.

But global heating is making disasters more frequent, more serious, and less predictable. Forest fires in Australia, the Americas, Central Africa and Siberia may seem far away, but insurance premiums are rising, pension investments are getting shakier, and, as unpredictable weather takes its toll on agriculture, food’s getting pricier.

And for a lot of species climate-change is a life-or-death issue. Right now, we’re causing the Earth’s first mass extinction since the dinosaurs were wiped out: an eighth of the Earth’s species are already at risk of vanishing.

Meanwhile, for people in many parts of the world — and lots of us in South Leeds have family in high-risk regions like Africa, coastal cities, or South Asia — global heating will cause catastrophes ranging from the collapse of farming economies to irreversible flooding. The refugee crises of recent years are just the start.

Averting these catastrophes is a lot cheaper and easier for everyone than suffering them. The really crazy thing is that most of what we need to do are things we’d want to do anyway. Who wants Salman bin Abdulaziz Al Saud (the King of Saudi Arabia) controlling world energy supplies when we have renewable sources on our doorstep?

Who wants to breathe dangerous air when we could breathe the clean stuff? Who wants to pay hundreds of quid burning gas to keep their house warm when with proper insulation you might not need any heating at all?

Climate change is happening, but it’s a crisis we have to use to make a better world for ourselves — starting with a better South Leeds.

Climate change has always happened: this is just natural

It’s true that the earth’s climate has never been stable. But it’s changing quicker than at any time in the existence of our species, and there’s no doubt that humans are causing it. If you’re causing yourself a problem, you can do something about it: what’s the point of putting your head in the sand?

There are too many people: other people should have less kids

With fewer people, there would be more resources to go round. But as usual, our main problem isn’t a lack of resources, but unequal distribution and inefficient use. Human population growth is already slowing, but we’re pouring fossil energy into increasing the growth of cow, pig, and chicken populations. Measured by weight, there are more of these than humans and all other animals combined! I’d rather have less battery-farmed pigs than less people.

There’s no point us changing because other countries won’t

Per person, people in Europe and America are still the main drivers of climate change. Although places like China are burning huge amounts of coal, a lot of that energy is going into making products for us in the West, so it’s on our tab. It makes sense for countries that already got rich by burning fossil fuels to lead the way in fixing the problem, for our own sake as well as everyone else’s.

So far, most global heating has been caused by humans directly, burning fossil fuels. But it’s becoming a runaway train. Even if we stopped adding more carbon dioxide tomorrow, vistas of Arctic tundra are now unstoppably melting, releasing carbon of their own. The sooner we can put the brakes on our directly caused global heating, the more chance we can keep the situation under control.