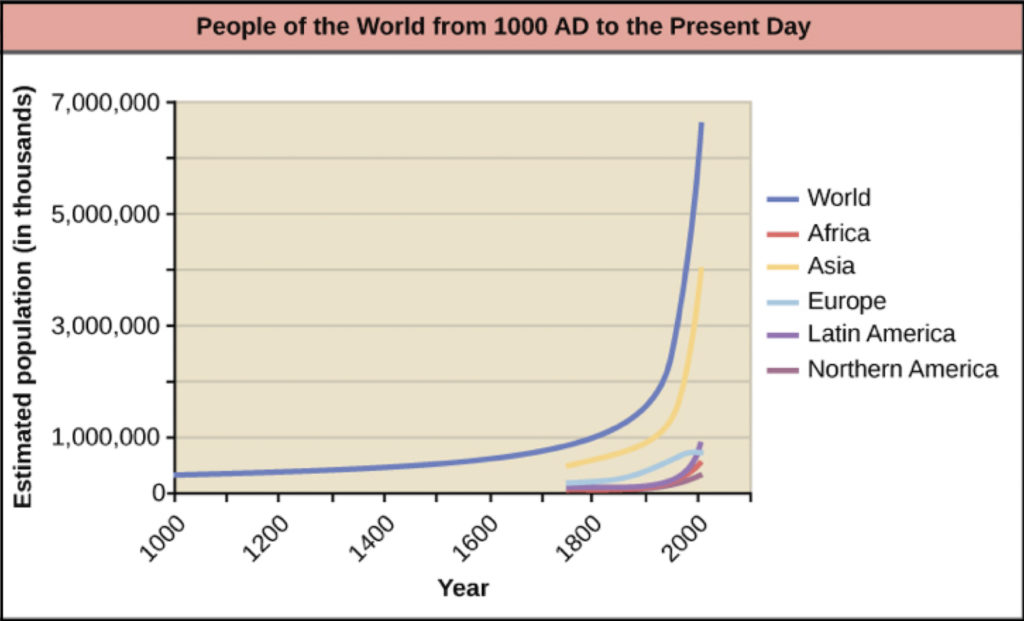 There is no doubt that humankind is heading towards a real crisis.However, what appears to be happening is that world leaders are confusing two different things. That is CAUSE and EFFECT.

In focussing on trying to limit the amount of Carbon Dioxide being pumped in to the atmosphere (which incidentally has risen from 0.03% to 0.04%), they have ignored all the other indicators that clearly point to the mounting crisis.

Thus, it is that leading experts choose to “bang on” about climate change, whilst steadfastly refusing to even talk about the real problem, which is exponential world population growth.

The graph above shows it took thousands of years for world population to reach 1 billion then in just another 200 years or so, it grew sevenfold. In 2011, the global population reached the 7 billion mark, and today, it stands at about 7.7 billion. This is the problem that is truly unsustainable.

If we look at the changes happening on our planet, all of them are driven by more people wanting more stuff. All of the key problems on a planet are the direct result of population growth.

These include such problems as:

The world generates 2.01 billion tonnes of municipal solid waste per year. The World Bank’s current estimate is that this will increase to 3.4 billion tonnes by 2050.

The rate of desertification is increasing. About 2 billion people live on the drylands that are vulnerable to desertification, which could displace an estimated 50 million people by 2030. More than 75% of Earth’s land area is already degraded, according to the European Commission’s World Atlas of Desertification, and more than 90% could become degraded by 2050. The commission’s Joint Research Centre found that a total area half of the size of the European Union (1.61 million square miles), is degraded annually, with Africa and Asia being the most affected.

Over fishing of the world’s oceans reveals that wild fish catch has peaked and that if the trend continues then world fish catch will decimate fish stocks in the oceans by 2100. 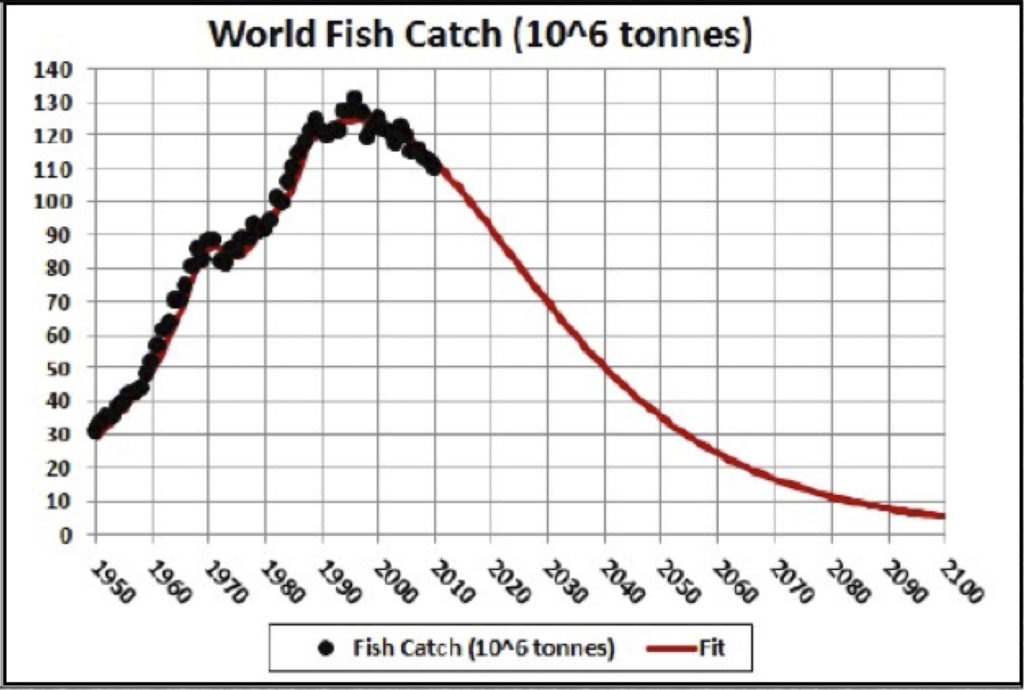 All of these trends are driven by more people wanting a better quality of life and who can blame them, but world governments being unwilling to look at the reality of the situation means that just reducing the total carbon footprint per person is utterly futile.

Both UK Parliament and Whitehall Mandarins are obsessed with the idea of going carbon neutral. However, what is clear is that if the other world governments don’t follow the UK Government’s lead, then all of this will have been in vain.

Time is short. Population Matters and it is the underlying cause of the looming world crisis. David Attenborough recently stated:

“All of our environmental problems become easier to solve with fewer people, and harder – and ultimately impossible – to solve with ever more people.”

Solving the problem of ever-increasing world population is very difficult indeed. However, being in denial about the real cause of humanities problems will not make them disappear.

2 Replies to “Global warming – cause or effect?”