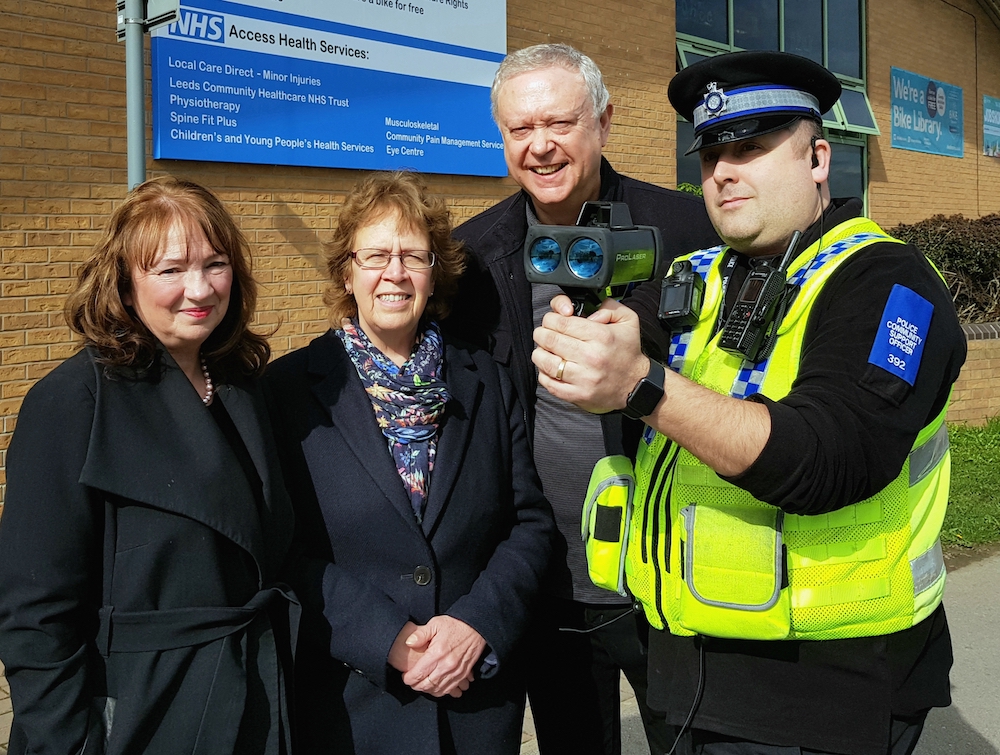 Police in Middleton and Belle Isle are clamping down on speeding drivers, thanks to support from local Councillors.

In the initial weeks of deploying the Pro Laser officers have scanned 335 vehicles and issued 24 tickets for speeding offences. They have also issued further tickets for defective vehicle parts. One vehicle has been seized and one person arrested. In addition, a number of drivers have been stopped and given advice about their driving.

“There is real anger throughout the community at those drivers who recklessly and irresponsibly speed round our estates.  We know that a difference of just a few miles an hour can make the difference between being able to stop in an emergency, or causing serious injury and even death.

“The Council can implement the measures at its disposal, such as traffic calming, speed limits and roadside speed indication devices.  While these measures influence responsible drivers, they are simply ignored by the reckless drivers who mindlessly put people at risk. We have to look to the police to deal with these people by enforcing the speed limit.

“We’ve been pressing for some time for our local police team to use hand held speed guns. Unfortunately, the pressure on police training resources was holding up their ability to do this.

“We decided to move things on and secured funding to get our NPT trained separately on the use of Pro Lasers.  We know they can’t be everywhere and have to fit speed enforcement work in with the many other demands on their stretched resources, but they are already having a real impact.”

A full list of candidates standing in Middleton Park ward in the forthcoming Leeds City Council elections is published here.