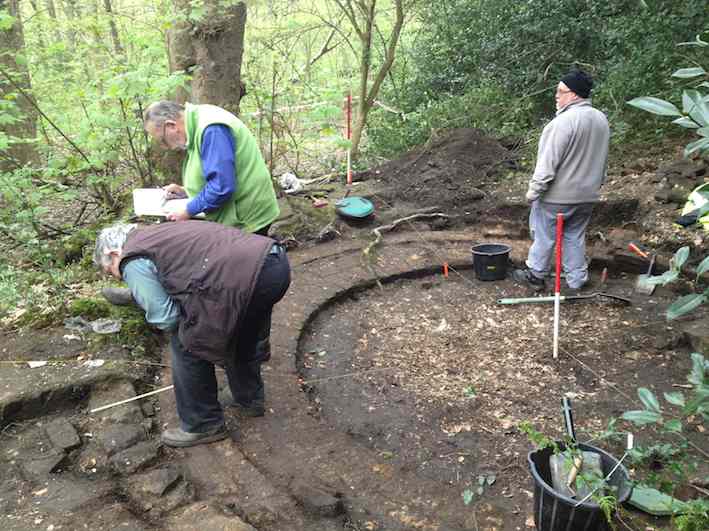 An archaeological dig over the bank holiday weekend has unearthed an “ice house” in Middleton Park woods.

The Time Team style dig was undertaken by South Leeds Archaeology who have previously helped to uncover the mining history of the park.

They have uncovered a round brick and stone structure at the foot of a north facing scarp slope in the woods. It is thought this was the ice house for Middleton Lodge, the house built by Charles Brandling in 1760 which stood near the rose garden until 1992. Brandling was the Lord of the Manor and invested in coal mining on his estate and was behind the building of Middleton railway to move the coal to Leeds city centre.

Ice houses were necessary in the years before refrigeration so that the kitchen would be able to make ice creams and sorbets. Co-incidentally the shape of these buildings resembled an ice cream cone, with a cone shaped hole in the ground covered by a dome. The structure was built of two brick skins with a gap in between to increase insulation, there was then a stone outer layer.

Ice was collected from the lake every winter to top up the supply, which could last up to three years in the ice house.