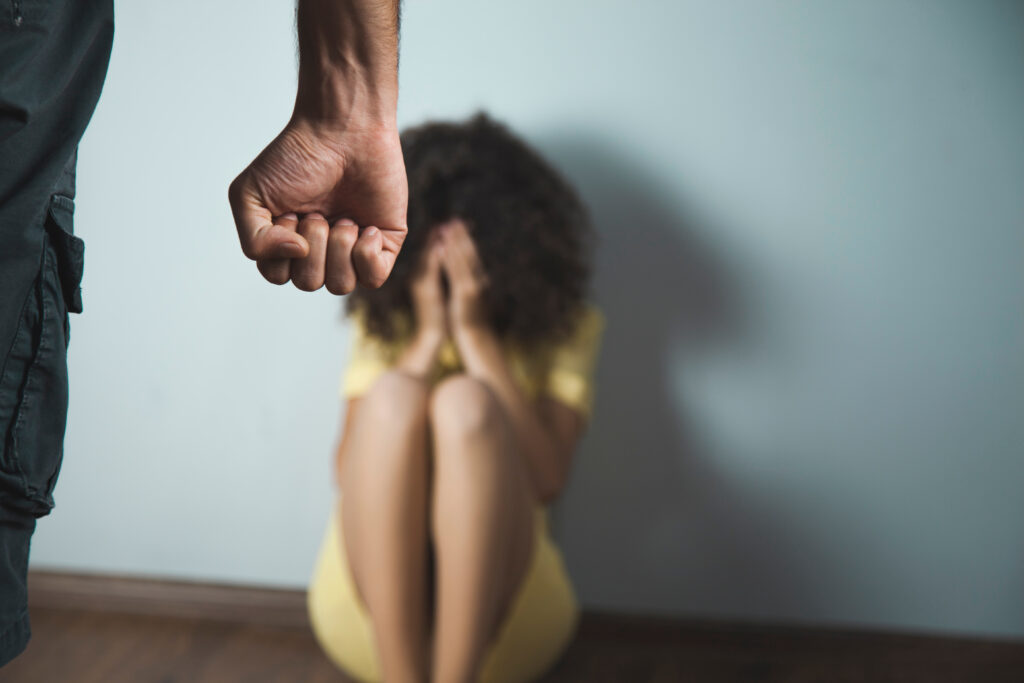 I’m 51 years old, with 4 children (13-30) and have been in two abusive marriages. My story is a story of love, not love for a partner or spouse but the unconditional love a Mother has for her child.

I have four wonderful children; I always thought I raised them the same, but they are so very different.

My first husband was extremely abusive, almost drowning me at one point. The abuse was so bad that it pushed me to attempt suicide. This was the wake up call I needed to leave, how had it taken so long to see what was going on?
My eldest son blamed me, his Dad was no longer around, but he had no idea the hell our marriage had been. This is where it all started for my son. As a teenager he was a nightmare, once breaking my window to gain entry when I wasn’t home, my youngest son’s Moses basket was directly under where he’d come in.

I look back now I think he may have been wanting attention, his Dad wasn’t around, and he blamed me. At 16 as he was gaining his freedom he started experimenting with drugs. He got into the wrong crowd and relationship. They had a child, but when things started going wrong the Mother wouldn’t allow him to see his son.

It broke my heart to see my eldest sink deeper into addiction. As a Mum you want to protect and help your child in anyway you can. My decisions have not always been the best in hindsight, I’m not perfect, but I made them all with the best of intentions.

My son had been struggling for many years and had been in and out of prison 5 or 6 times convicted for burglary, dangerous driving and one time he was sentenced to 12 months for assaulting me. But that wasn’t him, it was the drugs. He always knew that I’d be there for him and I guess he used that. There were reasons for his addiction, I understood that but I just wanted him to straighten his life out.

The drugs had taken hold, they were taking over who he was. Things got worse as the March lockdown came in. Initially I thought I was helping him, he said he’d started up a phone repair business and I wanted to support him in his new venture.

Of course I found out the money wasn’t for tools and equipment. This was the first time I felt I had to give him money. He found it hard to cope with lockdown, his mental health was deteriorating and his drug taking increased (cocaine and spice). He’d ran out of money and I’m his Mum, so he came to me.

I didn’t want to feed his addiction but I feared for him going outdoors as we tried to live through this pandemic, I thought if I gave him money he wouldn’t need to go out and it would keep him safe and out of trouble. I even got him food parcels, I was running out of money and hoped this was a better idea than giving him money.

He wasn’t grateful though and even covered the front of my house with the foods he didn’t like. Over the next few months he took every penny I had, leaving me to struggle to afford food for my youngest and myself. My savings were gone.

Over the years he’d taken £7,000 from me and during the lockdown around £2,500. He would randomly turn up at my home demanding money. It started off as £10 or £20 but over time I was forced to hand over sums of up to £250 and he’d often return to my house a number of times a day. Once in the middle of the night he forced me out of bed and to the mini bank to get him more.

“I tried to shout and make a fuss in the hope that a neighbour or one of the houses we passed would hear, but nobody did”

I tried to shout and make a fuss in the hope that a neighbour or one of the houses we past would hear, but nobody did. This needed to stop but how? He knew when I got paid and when I received any money and coincided his visits around these payments. I knew the money wouldn’t last.

Money wasn’t the only issue, the constant abusive, threatening phone calls, voice messages and texts. He’d become completely unrecognisable, he said unforgivable things. I knew it had got bad when he smashed my windows, I had nothing else to give him. That was when I knew he had gone too far, I was no longer safe in my own home, I was scared, for myself and for my other children (two who still lived at home).

“I hadn’t slept for weeks, I was panicky and anxious all the time, scared of a knock at the door”

The abuse was constant and he wore me down. He threatened me on numerous occasions, but he was my son right? I was dragging my feet, I didn’t know what to do for the best. I hadn’t slept for weeks, I was panicky and anxious all the time, scared of a knock at the door.

I didn’t want to leave the house in case I came back to find he’d broken in. I feared living in my own home. He said he’d kill himself if I called the police, he even came to the house and set himself on fire once.

He demanded food and money, I’d often leave him these in my greenhouse so I didn’t have to see him. If he wasn’t happy with the amount or if there was nothing there he’d trash my garden.

He used my bipolar against me, telling me I was crazy. Eventually I had a breakdown I just wanted it to end, I wanted to take my life. I couldn’t live this way any more. On the day I’d planned my suicide, I’d got everything ready, there was knock at the door, I feared it was him, I was angry it was him for even taking this away from me.

I opened the door, there stood my next eldest son, he’d come to take me (and my youngest) to stay with him. He saved me that day, I finally felt safe. My eldest didn’t know where his brother lived, the one time he’d been my other son blindfolded him so he wouldn’t be able to return. They didn’t see eye to eye for obvious reasons.

My relationship with my other children had become strained, as had their relationship with their brother. It was difficult for them to understood, I hope one day they can, he’s my son, I’d do anything for him as I would for any of them.

I returned to my home, I couldn’t stay away forever. I had mere pennies left to my name, I had given everything to him. I knew if and when he returned I had nothing left to give, he had no more windows to smash.

What or who would he lash out at next? I couldn’t allow that unknown to plague my life, the safety of my other children was more important than anything. It was time, I had to do something. I rang the police as I often had before. I think he thought I’d drop the charges as I had so often done.

I knew I couldn’t this time otherwise this would never end and he would never get the help he so desperately needed. I didn’t want the next knock on my door to be the police telling me the worst news a Mother could hear. I got him arrested, not just for my safety but his too.

Lockdown meant I was isolated from friends, making it harder to tell someone. The combination of this and my son’s actions had a huge impact on my mental health. I didn’t want to admit my son’s behaviour. I’m thankful for my family and those friends I did tell for helping me through. Of course I didn’t want my child going to prison but as a Mum I had to do what was best for him, even if he couldn’t see that it was.

He was recently sentenced to 3 years imprisonment and has a 5 year restraining order in place for when he is released. I love my son and I pray that this time in prison will make a difference and he will come out free from addiction.