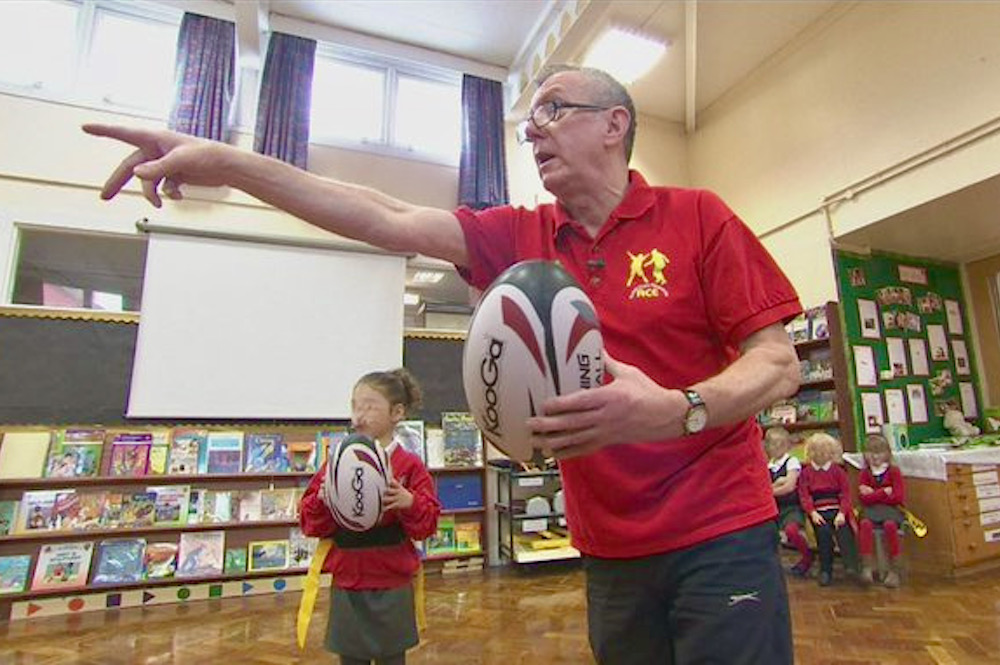 Sadly, on Sunday the 27 December 2020 we lost a wonderful and charming man in Stephen ‘Rocky’ Whitehead.

Rocky will be remembered by many for his enthusiasm and sheer love of life, never more apparent than in his 12 years at Health for All as an Active Clubs Experience (ACE) Coach conducting lunchtime and afterschool sports clubs in local schools.

Rocky was a plasterer for the majority of his life before achieving legendary status as a rugby coach at his beloved Oulton Raiders. So, when I bumped into Rocky at the dentist just after he had given up plastering, I knew he would be ideal motivating kids in schools.

It was the perfect job for Rocky who despite being one of the older ACE Leaders, aged 61 when he joined, brought energy and youthfulness to the Active Club sessions. He was truly young at heart. Rocky loved his job. He always said how lucky he was to be able to work with youngsters and hopefully change their lives, imparting his enthusiasm for sports and activity. In truth though, ACE was lucky to have him.

He took to the position like a duck to water from day one, handling it with a blend of professionalism and eagerness that rubbed off on every staff member he worked alongside and every child fortunate to work with him.

Rocky had a big impact on the elderly he worked with as part of ACE, running a variety of Elderly Aid and disability sessions, his signature smile bringing happiness to the elderly, the young, his colleagues, friends and family.

At Oulton Rugby League club, he led the way in encouraging children to adopt and enjoy taking part in sports as seen by his famous Rocky’s Giants, where youngsters got their first taste of rugby in a fun and enjoyable way. Many rugby league stars began their journey with Rocky. Two of the ACE staff CJ Sutcliffe and Cameron Pattison started at Rocky’s Giants, training even on the muddiest and coldest of nights.

He lit up every staff night out at Health for All with his signature karaoke and never failed to convince someone to join him on the stage. And who could forget his famous Elvis impersonation?

Rocky was recognised for his impact upon sport with the Unsung Hero Award at the BBC Sports Personality of the Year Awards in 2012 a year that also saw him given the chance to carry the Olympic Torch in Leeds.

The character of this pioneer coach who inspired the youngest generations with the joy of sport was summed up by the volume and nature of messages Health for All received after his passing.

“He was a lovely man, a true gentleman with a heart of gold. We will always have happy memories of the time he spent with us.”

Another applauded his fantastic character and how adored he was by those he worked with:

“What an amazing man. The children always loved him so much, even the staff loved his visits!”

On the 27 December 2020 at Leeds General Infirmary, Rocky passed away at the age of 73 after testing positive for Covid-19, having been admitted to hospital several weeks prior, suffering from a heart attack.

He led a full life in which he impacted the lives of everyone he came across in a kind and caring way. The term legend gets thrown about a lot in sport but no one better sums up the word than Rocky; a legend of sport, a legend of community and a legend of a man.

Our hearts go out to those he leaves behind: his wife, two children and three grandchildren. He will be sorely missed.