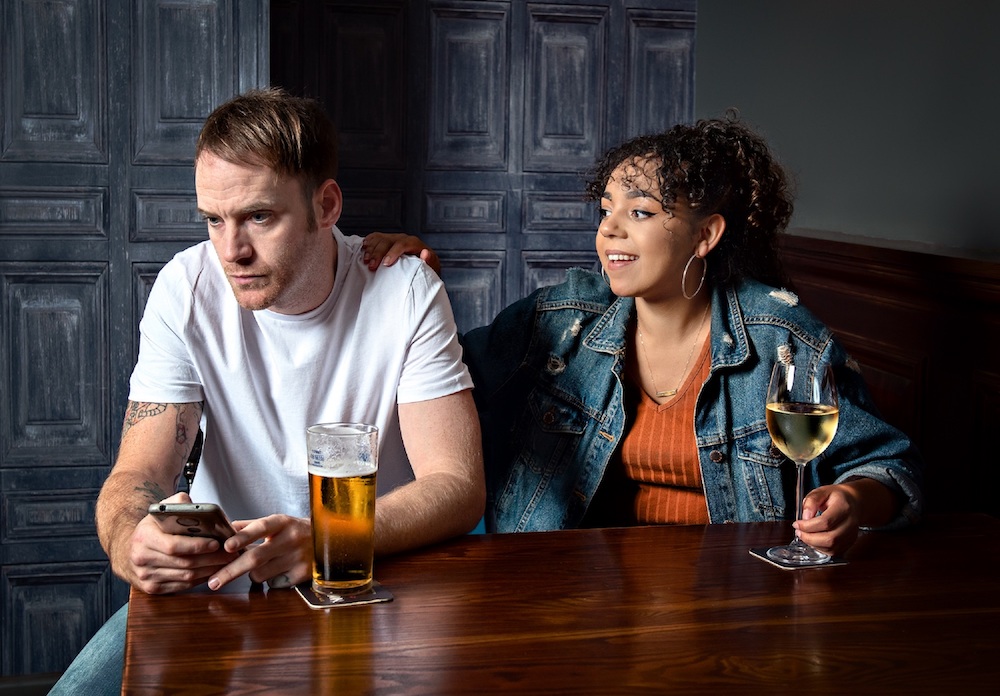 Red Ladder’s new play The Parting Glass, exploring men’s mental health and the culture of silence that can prevent men from opening up about their experiences, is coming to South Leeds as part of a Yorkshire tour.

Jim’s always been a bit of a character – cracking jokes, telling funny stories, the life and soul of the party. You’ll most likely find him down the pub with his mates, or at the footie.

A lad through and through, just like his Dad. And what’s more, he’s met his perfect match: Sara. She’s a Leeds lass with a sense of adventure and a cutting wit, always up for a laugh.

At Jim’s 30th birthday party, they should be having the time of their lives. The world is at their feet, right? But Jim is hiding a lingering feeling that he’s not quite built for this world. Like there has always been something wrong. Tonight, he wants to talk, to tell you his story – one he’s never told before.

During an intimate and witty performance, audiences are invited to join spirited Leeds lass Sara at a special gathering she has organised; and Jim, a funny and charming lad who tells us his story down the pub over a pint. They seem like the perfect match, but is all as it appears?

Red Ladder’s new production examines mental health and the culture of silence that can prevent men from opening up about their experiences. It will tour Yorkshire from September as part of Red Ladder Local, which takes exceptional new writing into the heart of communities in non-theatre spaces including pubs, social and sports clubs and community centres.

The Parting Glass is a development of The Life and Soul, a short one-man play which Red Ladder has been touring since 2016, and was written by Chris O’Connor following a period of ill mental health.

It has been developed with funding from Leeds City Council, through Leeds Community Foundation and performances will be accompanied by a post-show Q&A, facilitated by a mental health specialist. Leeds actor Tom Swift makes his professional debut as Jim and Huddersfield’s Alyce Liburd plays Sara.

“There is an issue with men’s mental health and the stigma that prevents men from talking openly about their emotions. The play explores this from the view of someone who is experiencing depression and adds in another perspective – that of a loved one – in considering how these issues can have a ripple effect. There’s a responsibility to treat the issues around men’s mental health honestly and accurately and The Parting Glass aims to raise awareness and reflect these experiences authentically.”

Tickets for The Parting Glass can be booked through Leeds Playhouse or directly through the venues. For more information and to book tickets visit www.redladder.co.uk

Photo: Tom Swift as Jim and Alyce Liburd as Sara in The Parting Glass, by Anthony Robling