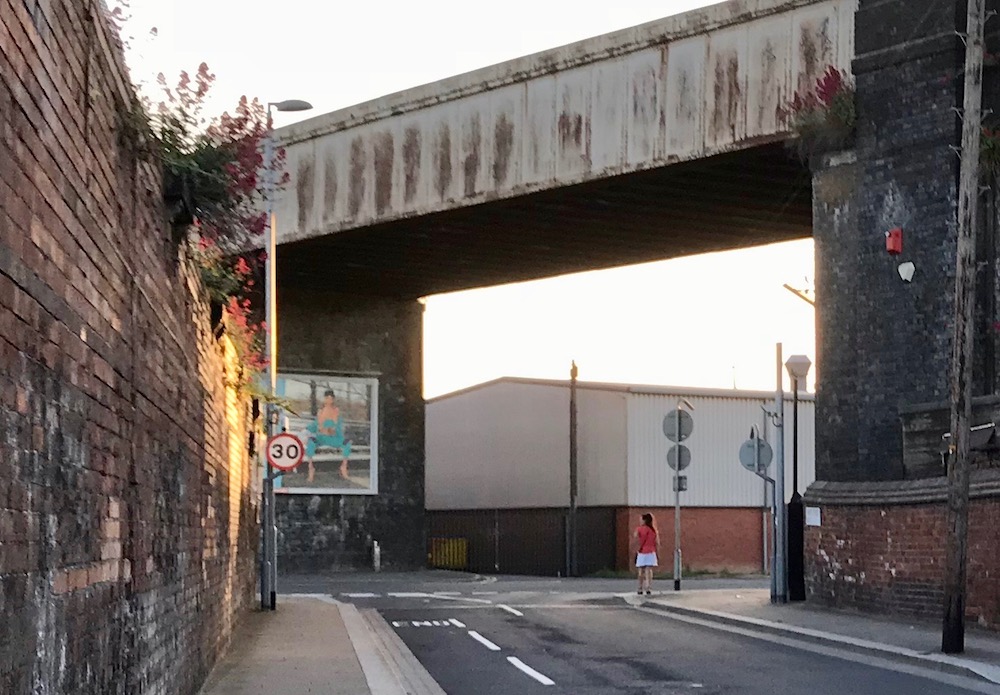 This post has been written in response an article Why I support the Managed Approach to prostitution by Cllr Andrew Scopes.

Holbeck, because of the Managed Approach / Zone, is being asked to accept the prostitution, drugs, punters and associated items of filth!

Basis Yorkshire is paid to deal with the sex workers and has been given funding over the 4 years plus that the Approach has been operation. I’m not impressed with Basis Yorkshire and they don’t seem to be about on evenings and at the weekend when the problem is at its worst. Young and old locals never feel safe, a lot of money for very little results, for some cases none at all. The so-called Managed Approach does not really deal with issues affecting the residents.

1. Sex workers who are now using the residential areas to operate by bringing more and more punters kerb-crawling here!

2. The only ones more safe are the sex workers as the extra Police Officers mainly deal with their safety, which has made the girls move away from the designated Managed Zone by meeting the punters out in the residential area more, bringing all the filth that goes with it!

3. Those exiting the sex trade have had four and a half years in which to do it. That’s enough time to achieve a 100% success rate, but it cannot be as there is still activity all over Holbeck and Beeston.

Cllr Andrew Scopes and his colleagues are adamant that prostitution was a problem in Holbeck well before the Managed Zone (trial) in 2014. In the area we had sex workers, but they didn’t operate in the way they do today. There were no drugs issues, no large numbers of sex workers, just the odd girl, I mean one or two and very few and far between, no punters roaming around! There were no residential sex workers, if anything happened or was seen it was dealt with rigourously.

No one really had concerns about sex workers before 2014. Their numbers have doubled since 2014, as I said the odd girl and going, but nothing serious. The drug scene really took hold when the trial Red Light zone came in, as the girls needed them to operate and some punters were trying them, also it attracted more and more drug runners in cars, or on bicycles, or by taxi.

So the call for residents to be protected is something that was never thought about when the Red Light trial was brought in. The children should have been thought about from day one, the female residents were never thought about, we all have choices in life, we all need money to pay the bills, to eat, buy clothes, but none of us have resorted to selling our bodies for sex. I understand that the girls have to be wanting to change their lives, no one is forced into it, either, you make the choice by need, but my point is we all have to live, but not by selling sex.

The new incentives have come at a price of four new Police Officers and CCTV at a cost of £45,000. Two Police Officers are funded by the Council , two by West Yorkshire Police. Also our Council Tax increase for 2020/21 is looking at 3.99 %, so how much more will be wasted on the Managed Approach?

The Councillors are expecting West Yorkshire Police and Safer Leeds to clean up something that neither created or I believe really wanted. The so called punters that they are dealing with since 1 December 2018, as I said before, pushed the action away from the Managed Zone into the housing areas.

Oh and yes it may be quiet(er) at the moment, but that’s because it’s cold. Would you stand in the cold looking for punters? Would anyone want sex in a cold enviroment? No thanks!

This has been called for because no one was really taking the residents’ concerns seriously. Yes we can all say it was being dealt with, but never seriously. Drugs, crime which has increased, it’s risen to a point that residents now want answers from the Independent Review. So when MP Hillary Benn wrote to all the main players in this farce, it turned a corner, along with calls from Cllr Amanda Carter, Conservative Party, putting her proposal to the Council Meeting at the Civic Hall in late 2018. So if the review is to show what it’s like then whoever does the review should have no connections to any part of any group, committee, organisation, or any of the big players: Leeds City Council, West Yorkshire Police, Safer Leeds, Basis, or The Joanna Project, even any of out local Councillors.

The link to drugs:

The link to drugs and drugs crime I say is a vast need by the sex workers. There would not be half as much, or as many issues if the sex workers didn’t need it all and hadn’t been let down by the agencies to get the girls off drugs and clean.

Holbeck has become the place to get drugs freely. Taxis bring girls to Holbeck and Beeston to pick up drugs, drug cars are coming into Holbeck to deal, supply and sell drugs. I am sorry to say Cllr Andrew Scopes the number of people involved in the sex worker area has increased to the point where Holbeck is becoming well known to all over Yorkshire for both sexual activity and drugs, punters and pimps!

The link to crime:

We have never had as much crime in Holbeck. There is more knife crime, more deaths, even one involving a sex worker in her home which was kept quiet, more attacks on individuals including sex workers. I think that we have seen more criminal activity since 2014 and the introduction of the Managed Approach, the deaths, assaults, and armed robbery and armed gangs raiding homes to do with drugs and sex workers!

Sorry Cllr Andrew Scopes, but yes we have now got four dedicated Police Officers, the residents have reported more and more, but have felt that a lot of the cases have been ignored. More people have heard the saying “How do you know she’s a prostitute?” asked more than any other. Yes we have a dedicated Bat Phone but it’s not always proved acceptable, I know we have the team but at a cost Cllr Scopes.

At the end of the day the total spend on what was a trial has grown and grown. The residents have spoken to Cllr Scopes, if he’d been listening along with Cllr Gohar Almass, Cllr Angela Gabriel plus his predecessors we would not need to have a review. Had it not been put here then we would not be in such a sad and sorry state now. How can you be listening to the residents and back the Managed Approach?!

Our children and females have been affected by punters asking certain ones for sex. I am sure Cllr Scopes would not like his family to be approached in any way. Why did it come to Holbeck, we had a few girls causing issues but nothing like now. Not more then, why not sort it out, if residents were raising concerns, then sort it out, move it, get it relocated.

I spoke to a PCSO who was on duty outside a neighbour’s house. He said the sex workers were moved from Leeds City Centre when the Council redeveloped the city centre and the Sovereign Street area. It was moved onto Water Lane in the Holbeck area, and made it’s way down, until it was thought that because we had some sex worker issues in Holbeck, it was then put in it’s present location as a Trial. They moved it so that they were all together in one area, which meant that it would be contained and use less Police Resources. Again I ask: why Holbeck? It created more issues for an already deprived area.

The consultation before the 2014 deadline was vague and really useless. We have Cllr Angela Gabriel blaming Cllr Mark Dobson, saying it was railroaded in by him and others without consulting Cllr Gabriel. But yes, Cllr Gabriel was at a meeting and voted it in, if you don’t like something, then the last thing you do is vote the issue in or back it.

I have had 21 months of hell. I have had to fight to get my life back and my neighbours’. We have had a sex worker housed in our road by Foundation Housing and Basis. We have had a brothel, sex worker activity, drugs, punters and cars morning, noon and night. I have attended many meetings, all because it was thought it would be good for the sex worker, men roaming up and down all night, men using our bushes as a public toilet, men walking up and down desperate for sex. Oh and a sex worker having sex in public. I have been told I tell lies, talk a load of rubbish, but I and my neighbours have had to live with it all.

I have reported issues for others, picked up all kinds of waste to protect our local children and residents. Plus we had a death kept quiet. So when the review meeting get going, we’ll see who is telling lies and talking a load of rubbish. I hope that all those reading this will realise it’s your money being used to sort this issue out, your tax payers money, your Council Tax money being used. Also it’s not on our Councillor’s doorstep.

Sorry Cllr Andrew Scopes, the Managed Approach is directly linked to higher crime, drugs issues, attacks and even deaths in the Holbeck and Beeston area. Even attacks on sex workers.

4 Replies to “The Managed Approach: A resident’s response to Cllr Andrew Scopes”