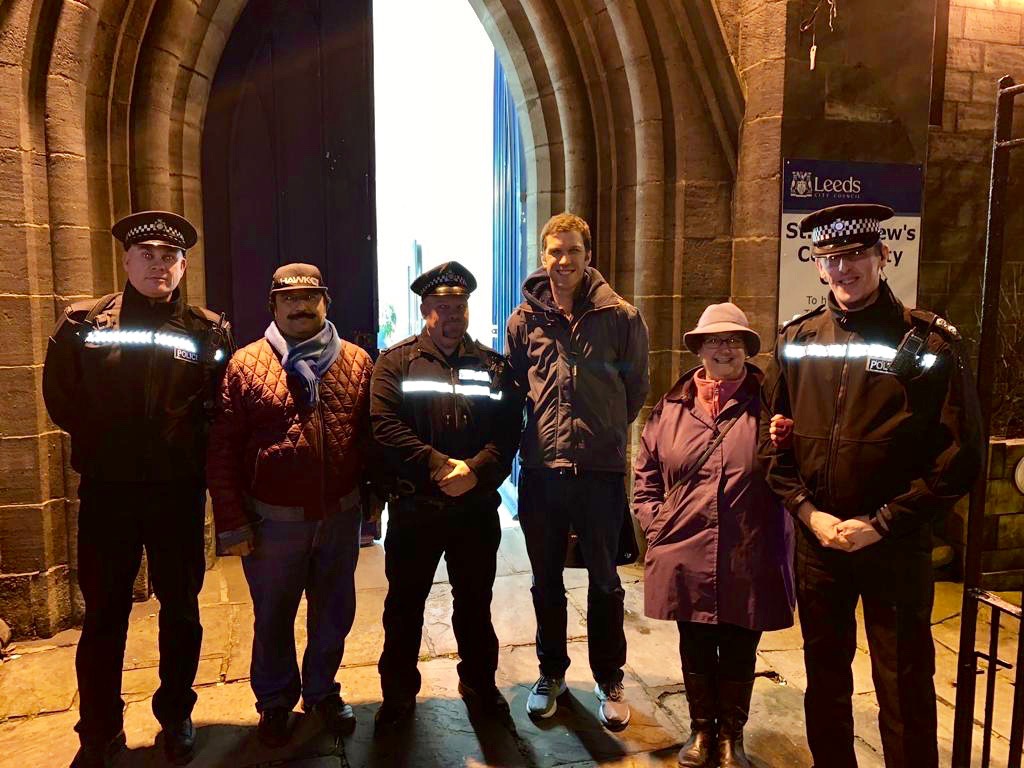 In this article Cllr Andrew Scopes (Beeston & Holbeck) sets out his thinking on the issues around street sex work in Holbeck. We know this is a contentious issue, or rather what is to be done about it is contentious. One of South Leeds Life’s aims is to be a platform for debate of such issues. We welcome comments, below, or if you would like to write a longer piece please email it to: info@southleedslife.com.

I am grateful for the opportunity to share my thoughts and let you know about what we’re doing. One of the issues that gets talked about more than any other in our ward, and in particular in Holbeck, is the Managed Approach to prostitution.

The topic is hugely emotive and there is lots of disagreement but, believe it or not, all interested parties have a common goal. All the groups I’ve talked to want the same thing – an end to street prostitution. Everyone from local demonstration groups (who vehemently oppose the current managed approach), right through to Basis Yorkshire (who support the Managed Approach) see this as the ultimate aim, which gives me hope that we might succeed if we work together, something that I am committed to doing.

What is the Managed Approach?: it is the current strategy adopted by Leeds City Council, West Yorkshire Police and their partner agencies to tackle on street prostitution with the primary aims of:

Practically it means that those people soliciting and kerb-crawling within a specific geographic area in a light-industrial area in Holbeck will not be arrested. Additionally, Basis Yorkshire and the Joanna Project operate in that area, working with those selling sex to help them out of prostitution. This help includes drug rehabilitation and housing assistance. Note: housing provided by Leeds City Council or its partners must be outside of residential Holbeck.

Why would we accept this, it sounds like giving in?!

Let me make it quite clear: I’m totally against the sale of sex, and would like to see the end of it. So how have we got to where we are? We live in the real world and a dose of pragmatism is very often needed to make effective decisions. There are a number of things that affect our options:

1. National policing guidance: The guidance provided nationally to the police effectively advises against arrests for soliciting or kerb crawling. Evidence shows that enforcing simply displaces it, rather than eradicating it. This means that we need an approach or we just bury our heads in the sand.

2. Previous approaches: Before 2014 (when the Managed Approach started), police made arrests for soliciting. They held them overnight and issued a fine which is the maximum penalty. In their experience, prostitutes quickly returned to work but often with additional thefts because they had a drug habit to feed and had missed a night of work and needed the money. Because this resulted in increased crime it was not effective police work.

3. The Crown Prosecution Service (CPS) do not support the prosecution of kerb crawlers and so arrests were effectively pointless.

What are our options then? It is absolutely essential that any approach taken to manage the sale of sex on our streets needs to protect residents, in particular children, and ensure that those caught in prostitution can exit. We are also required to work within the current laws which means that selling sex is legal.

The most significant challenge, to date, of the Managed Approach is and has been the effective enforcement of the Rules consistently, meaning that residents of Holbeck have faced the brunt of the anti-social issues which are associated with prostitution. This is why the council has worked with/petitioned the police to enhance the policing. From 1 December 2018 four new police officers dedicated to tackling the issues around the Managed Approach will work alongside the current Neighbourhood Policing Team.

For some time local councillors (including myself, but also my predecessors) have been asking the police to spend some time tackling the issue of kerb crawling in residential Holbeck for obvious reasons. From the 1st of December 2018, the police started a new protocol to try to take action against kerb crawlers – only time will tell if this is working, but I certainly hope it does!

We are committed to working with residents who are ‘at the coal face’ to tackle those who operate outside of the designated area. A group of local representatives meet regularly with Leeds City Council and West Yorkshire Police to assess what is working and what is not. The police have a dedicated number for residents to report activity quickly – they know that they can’t be everywhere but that residents see most things that go on.

Overall, the reason I currently support the Managed Approach, despite its faults, is that I don’t see a better way of tackling this long-term issue. However, we are committed to working with residents and local businesses to identify improvements via constructive feedback.

Despite all the work and the clear logic in the approach, there has been significant criticism. The council (including myself) voted for an independent review of the Managed Approach. Having a truly independent perspective on how Leeds is trying to deal with on Street Prostitution will be hugely valuable, and we as a council will listen very carefully to the outcome of the review.

The link to drugs:

Drug waste, including condoms which can be used as a tourniquet, is also a serious problem in Holbeck.

Drug use is certainly prevalent amongst prostitutes and, unsurprisingly, some of the factors associated with drug use are similar to those that push people into prostitution.

However, I would like to state that, although drug use has increased, the number of people involved in selling sex on the streets of Holbeck has not.

Additionally, drug taking, both locally and in the city centre, has increased significantly in recent years making drug waste a major issue we face as a city, not exclusively a problem for Holbeck.

The link to crime:

There has, sadly, always been a link between our more deprived communities and higher levels of crime. An argument against the Managed Approach is that it brings more crime to the residential part of Holbeck. However, the YEP recently published a report showing that Holbeck wasn’t worse than statistical neighbours.

This is particularly interesting as one of the issues for the police is a lack of reporting. Holbeck has groups set up to encourage reporting and I suspect that the overall level of crime versus other areas is actually better than reported. Just to be clear, any crime is too much crime, but statistically the managed approach is not directly linked to higher crime.

12 Replies to “Why I support the Managed Approach to prostitution”