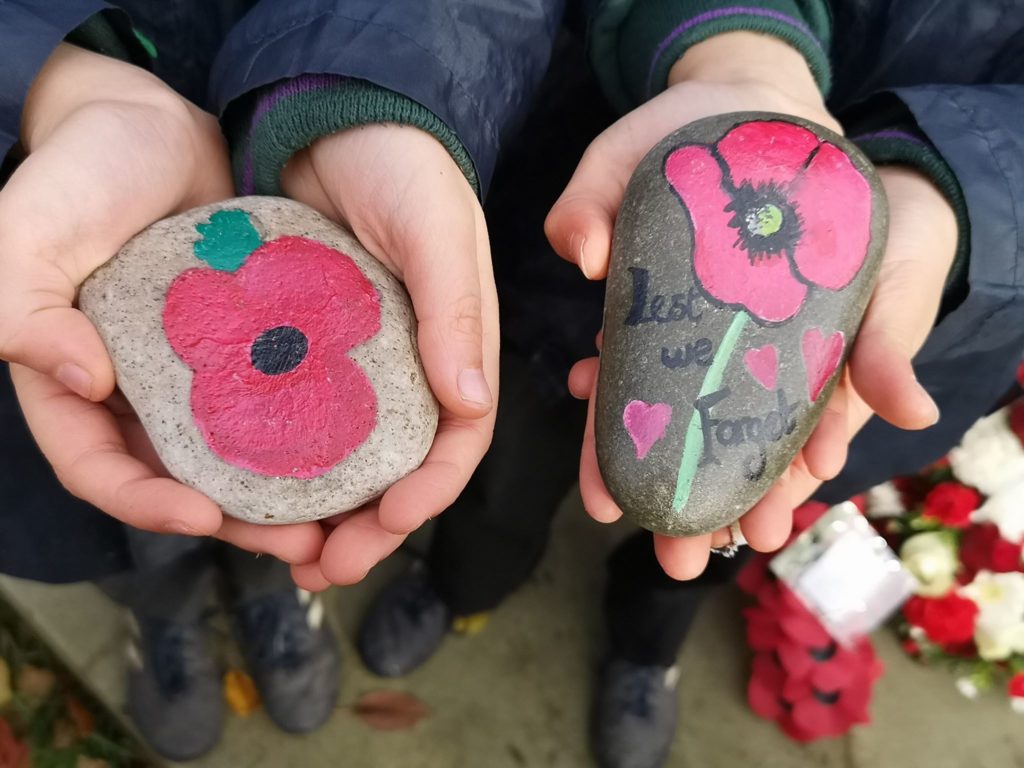 A service was held in Holbeck Cemetery today (10 November 2019) bringing together a broad spectrum of people from the local community and all victims of conflict. Local Councillors and Scout groups, veterans and general public stood side by side as they remembered the fallen. A two minute’s silence was held at 11am to honour the fallen servicemen and -women and what they fought for.

During the last post the sun began to shine brightly down on the gathered and persisted as painted stones were offered to the crowd. Each stone was painted with the name of someone who served their country and didn’t return home. These names were read out to the gathered crowd as the stones were carried gently to the war memorial at the bottom of the cemetery. 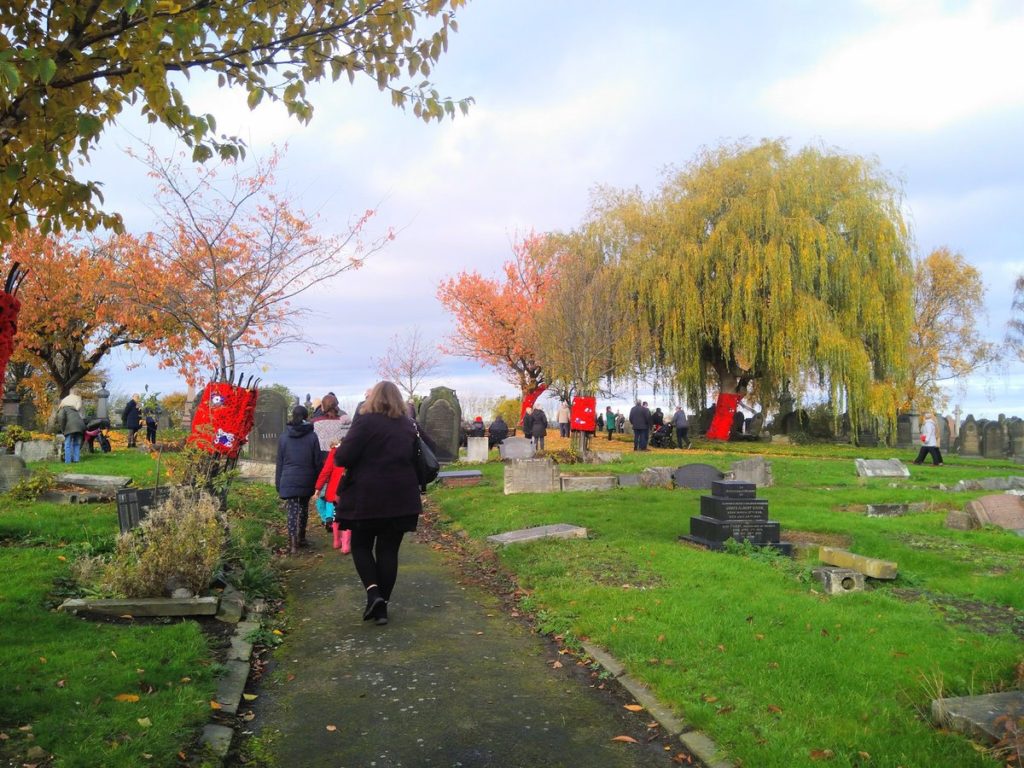 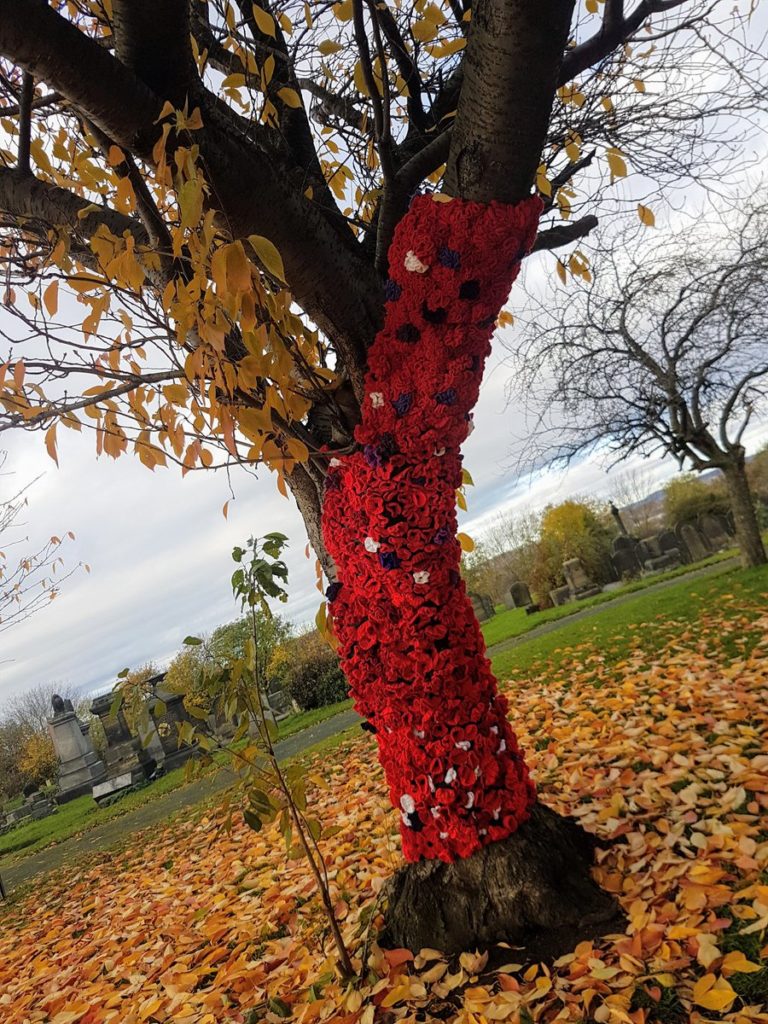 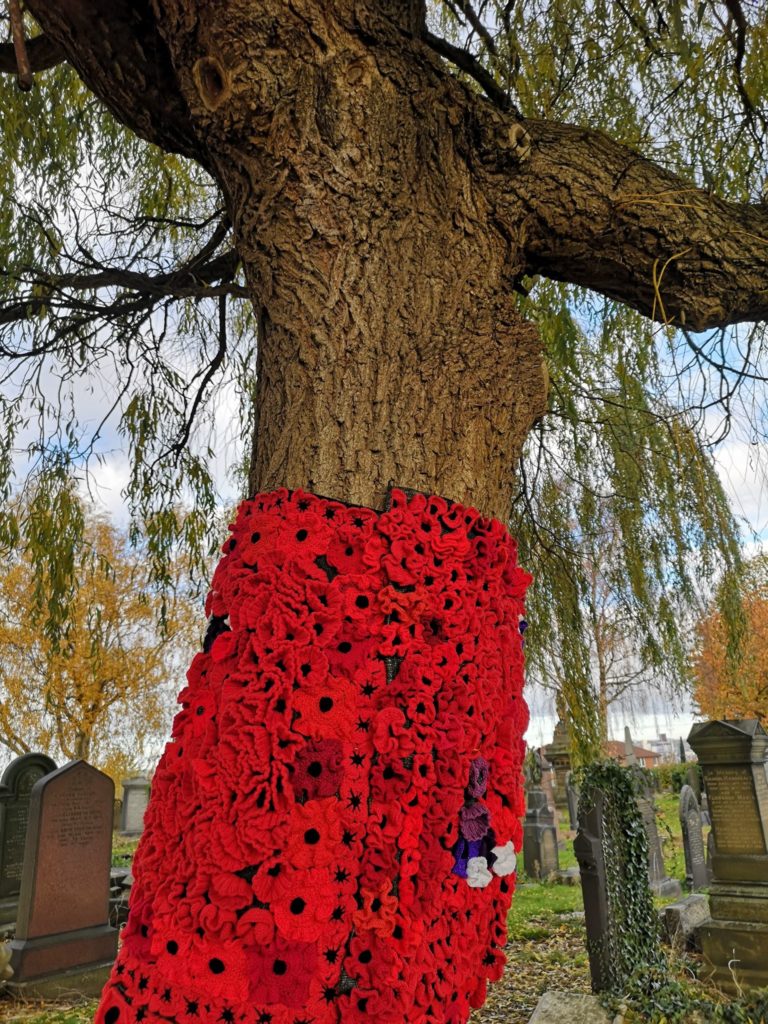 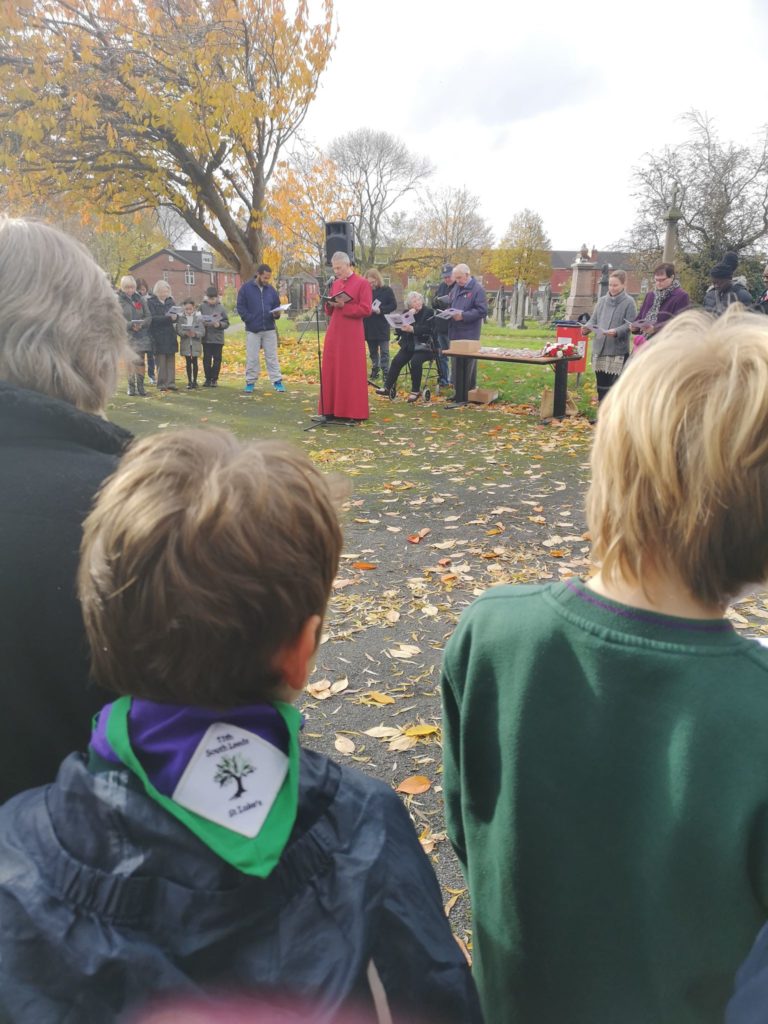 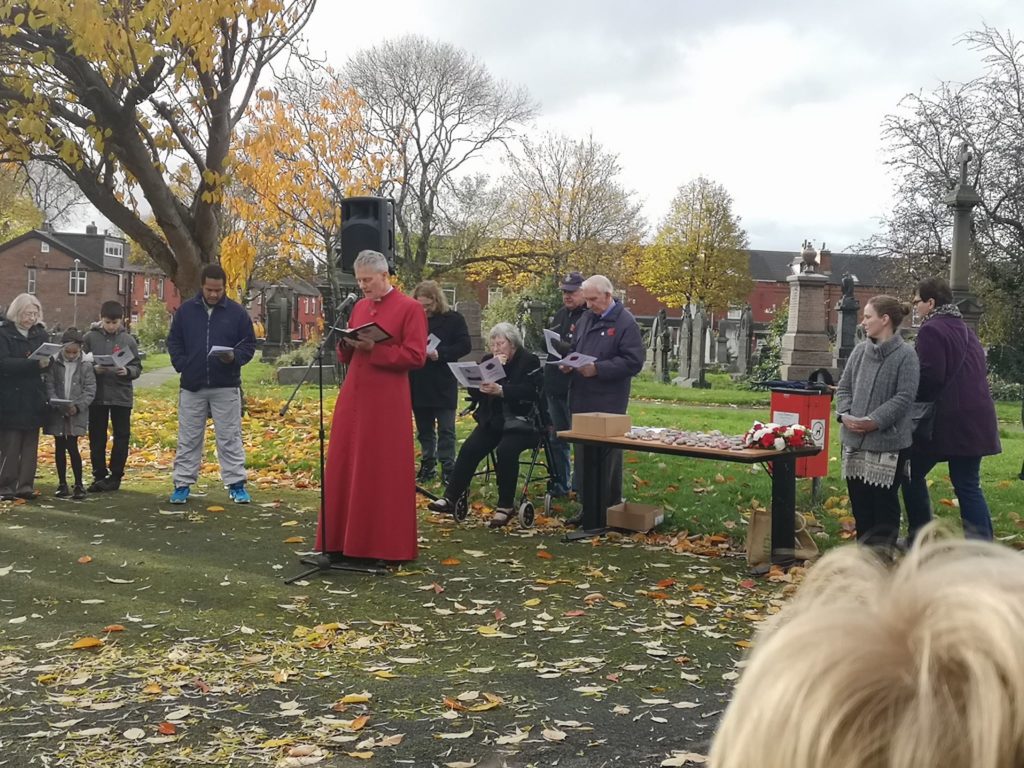 Knitted and crocheted poppies, made and stitched together by local ladies led by Angela Gabriel, embraced the trees lining the cemetery. They remembered not only the fallen servicemen and -women, but purple poppies were interspersed with the red to remember the animals killed in action including over 8 million horses and white poppies to symbolise peace. Peace which we enjoy because of the sacrifice of these men, women and animals.

The service was attended by people of all faiths and none. Prayers were said in various languages.

“When you go home, tell them of us and say, for their tomorrow we gave our today.”