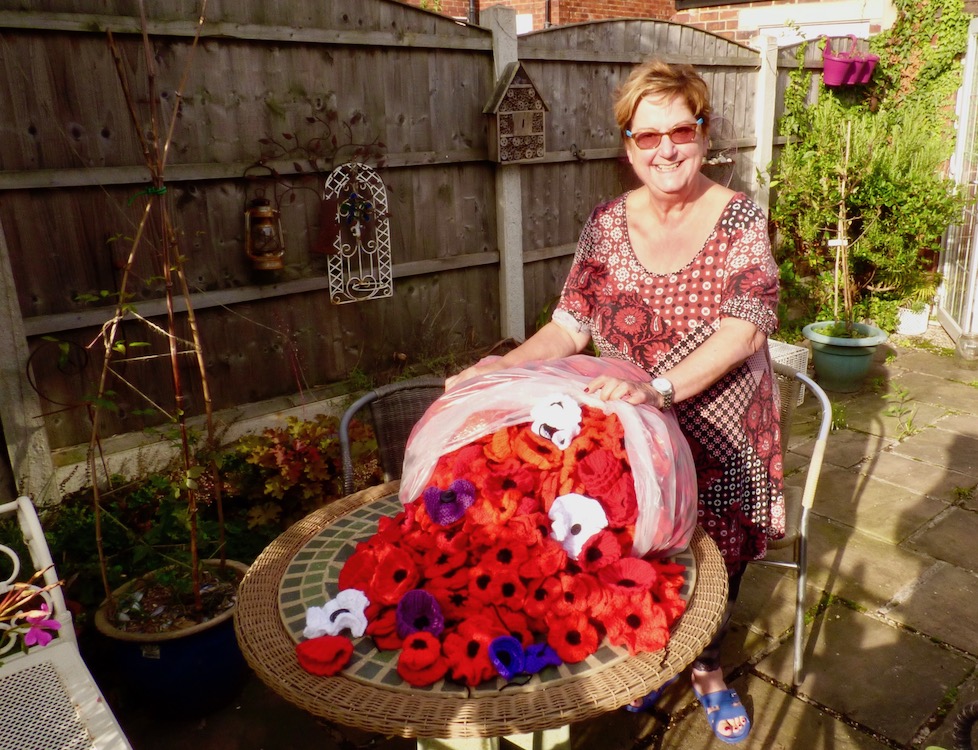 Last November Beeston and Holbeck marked the 100th anniversary of the end of the First World War with a service of Remembrance at Holbeck Cemetery.

Organisers decided to make this an annual event and shortly afterwards Cllr Angela Gabriel and The Friends Of Holbeck Cemetery launched a project to knit and crochet poppies to make a display in the cemetery. A victim of her success, Angela now has 4,327 poppies which need to be individually attached to 1m² sections of netting to make the display. No sewing skills are required.

Twenty women of all ages have knitted and crocheted the poppies, most of which are red, but some are white (for peace) and some purple (for animals killed in warfare). Materials and patterns were funded through a grant to Friends of Holbeck Cemetery from Councillors on the Inner South Community Committee.

The finished display will sweep down from the cherry trees in the cemetery at the Remembrance service on Sunday 10 November. The service, which starts at 10:30am will be led by Rev Alistair Kaye from St Luke’s Church, but the people of all faiths and none are welcome to attend the event.

After the two minute silence at 11am, the names of the 87 men and women who died in the First and Second World Wars and are buried in the cemetery will be read aloud. If anyone attending would like other service personnel buried elsewhere to be read out, please get in touch.