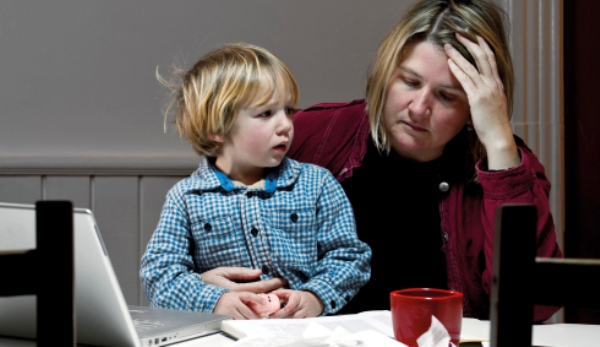 New Universal Credit claimants won’t be paid until after Christmas

The Department of Work and Pensions (DWP) rolled out Universal Credit to Leeds on 10 October. Although it so far only affects new claimants and people whose circumstances have changed, it is already causing problems and Christmas is just part of it.

South Leeds Life has been speaking to people affected by the changes.

Charmaine and Tony live in Beeston Hill with two of Charmaine’s daughters – and also support their older children who live independently. They discovered in November that they are being switched to Universal Credit.

“The past week’s been a nightmare. We were due a payment – but without warning, after a lot of confusion, were told our first Universal Credit payment would be on 27 December. You can apply for a loan – but you have to pay it back pretty sharply.

“It’s put us into a right bleeding mess, and it’s degrading. We’re now going to food banks, for the first time ever. We’re being forced to have an electric (token) meter installed, which will push our bills up. And we’ve told the kids they can’t expect Christmas presents; we can’t even get stuff they need for school and college.

“We’ve got friends who became homeless because the switch to Universal Credit put them into arrears. We spoke with Citizens Advice Bureau, and they’re trying to support people, they are overrun. Many people are struggling enough around here, and this is just making things a lot worse. The system stinks.”

Universal Credit is supposed to make the benefits system simpler and fairer by rolling six benefits into one:

Many of these are paid to people in work. This isn’t a story about unemployment, which is officially very low at present. This is a story about people struggling on low wages, often in zero hours contracts where they don’t know how much work (and pay) they will have from week to week.

Suzanne grew up in Belle Isle and Middleton, and now lives in Beeston with her two young children. She was switched to Universal Credit this month, to supplement her part-time salary.

“Universal Credit affects everything, your whole lifestyle. They don’t tell you anything, like how to do stuff like the journal, or when your payments are due, or for how much. I’ve become right emotional and depressed: you don’t know if you’ll ever get back on track. I felt like not going to work – but thank God, I’ve stuck in there.

“I’m lucky: I’m organised, and am well in credit with my bills. But it’s stupid: this will drive a lot of people into more and more debt. If they offer you an advance payment, only take the minimum you need.”

Universal Credit is paid monthly in arrears, new claimants have to wait six weeks for their first payment after they make a claim. A report last month by the Joseph Rowntree Foundation found that nearly 40% of people living in the poorer parts of Leeds had less than £100 savings to fall back on in a crisis.

Other changes include paying housing benefit as part of the single monthly payment, rather than directly to the landlord. Families struggling to feed themselves and heat the house are falling into rent arrears as there isn’t enough cash to cover everything.
Research for the BBC found Council tenants claiming universal credit have more than double the rent arrears as those who have not yet been moved onto the new benefit.

Dylan grew up in Hunslet, and lived there for many years, but has more recently been living in Dewsbury – one of the national pilot towns for Universal Credit.

“I’ve not known hardship like this since my 20s. I struggle with COPD and asthma, and was made redundant when I was 40. Then I was switched to Universal Credit earlier this year – and my income was slashed by three quarters.

“It’s thrown me into severe financial difficulties: debts are mounting up, and I’ve defaulted on my mortgage for the first time in 20 years. I’m now having to auction the house off.

“I also had to send my dog to the rescue shelter, to meet their criteria and qualify for help.

“Luckily, I worked most my life, so I’ll get some equity out of the house sale – but then of course, I’ll not be entitled to any benefits at all.

“It’s a ridiculous situation. This kind of thing is happening to thousands of others, many of whom won’t have the luxury of having any equity behind them – as I do. It’s really punitive against those unable to work. I don’t know how we can justify it.”

Universal Credit has to be claimed online and you have to send regular information, again online only. Clearly this causes difficulty if, like many people in South Leeds, you don’t have a computer.

We asked the DWP about claimants having to cancel Christmas, a spokesperson said:

“There’s no reason for people to be without money over Christmas because advance payments are widely available. Anyone applying for Universal Credit can get an advance of up to 100% upfront, payable on the same day if someone is in urgent need.”

“This is the devastating impact that Universal Credit is already having on our communities and we are not even two months into the full roll out. Some of our city’s most vulnerable citizens are being put under further stress and it is simply not acceptable when they need all of the support and protection they can get. The Universal Credit system needs to be addressed by our government immediately.”

If you are experiencing problems with Universal Credit you can get help and advice from libraries and Community Hubs (Dewsbury Road, Beeston and St Georges Centre, Middleton).

If you are currently claiming benefits that Universal Credit will replace you will carry on receiving these benefits as normal. You will not be moved onto Universal Credit yet as long as there is no change in your circumstances.

2 Replies to “The DWP that stole Christmas”