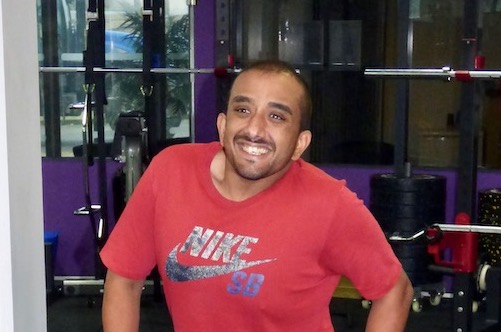 Viewers of BBC’s Look North have been introduced to the inspirational story of Tauseef Akram, but to many residents of Beeston he is a familiar sight walking around the area. 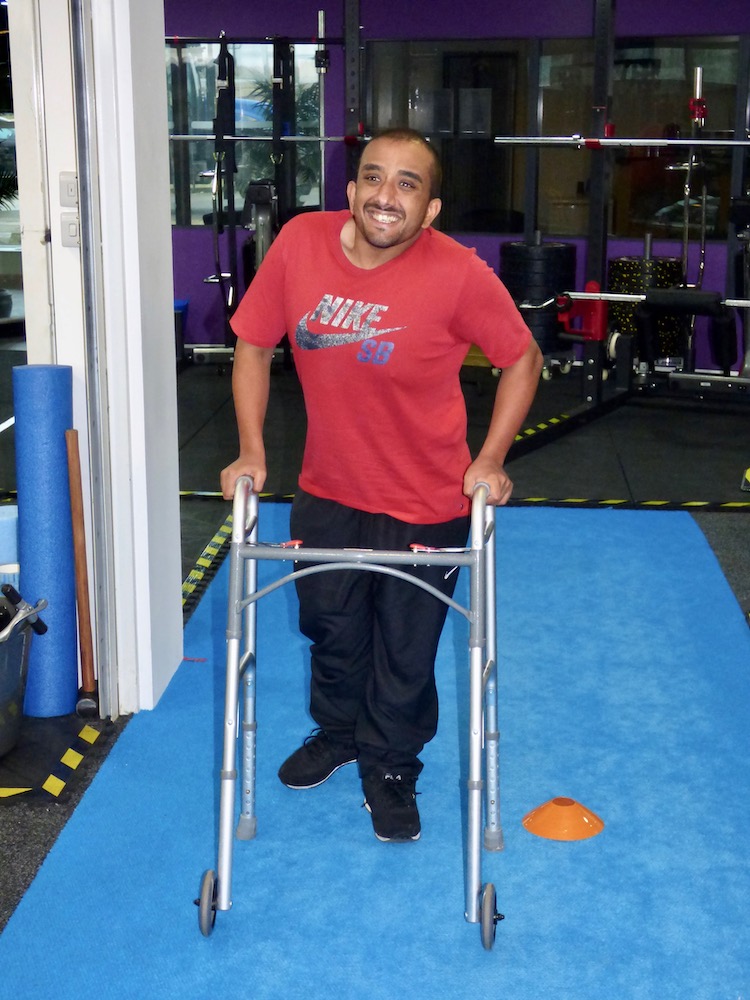 What’s so inspirational about Tauseef? Well the thirty two year old has cerebral palsy and spends most of his life in a wheelchair. But he hasn’t let that limit him or define him. Tauseef exercises regularly, both with a walking frame and in the gym.

Tauseef’s mum Naseem was also looking for some exercise and joined a class in Armley Park that run or walk up and down the 162 “killer” steps there every Sunday. She took Tauseef along, where he took up the role of cheerleader, sitting at the top of the steps encouraging everyone with shouts and high fives.

He moved on to doing some walking exercise (on the flat) whilst others went up and down the steps and built up to a full one kilometre circuit of the park. Now the rest of the group have become his cheerleaders as he completes his walk.

“He’s shown great commitment” commented Kim. “He’s developed his strength and stamina and his overall fitness. As well as walking we work on upper body strength in the gym and we make sure it’s fun, finding new challenges to keep things interesting.”

There are clearly many benefits to Tauseef’s exercise regime. Anyone who takes exercise knows how it can help control weight, which is especially important for wheelchair users. The extra strength means that Tauseef can help his mum and other carers after him. He can get in and out of his wheelchair by himself and get himself back in the chair if he has a fall.

For Naseem it’s also about Tauseef being included in the world around him.

“People engage more him as he’s walking around Beeston, one man who had seen them pass his house regularly came out and gave Tauseef and Kim oranges to keep them going. It’s important that he is part of the group in Armley Park, I think he inspires the others and they inspire him. I’m really grateful to Antony Newby who runs the class – he was keen to include Tauseef in the group from day one.”