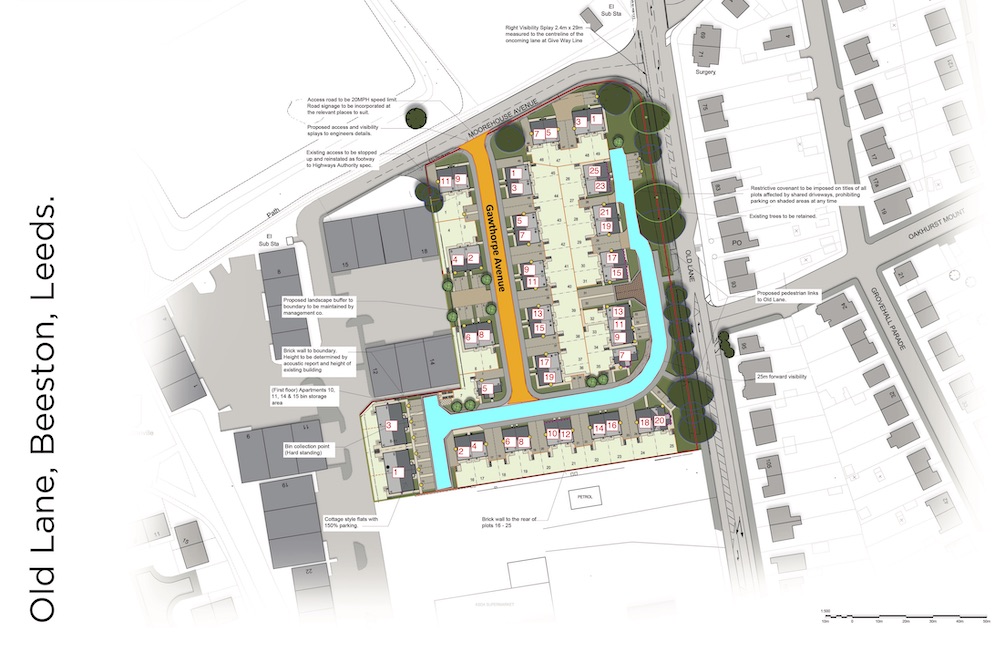 New street names in Beeston will have a local flavour as a housing development on a former jam factory site moves forward.

The site, on Old Lane, was formerly the site of the Moorhouse’s jam factory. In the strawberry season the women of Beeston were employed in large numbers doing the sorting, etc of the strawberries. The ladies were all regular seasonal workers and they became known as The Strawberry Club, when boiling took place you could smell the wonderful aroma all over the district. So one of the new streets will be called Strawberry Drive.

The other new road, Gawthorpe Avenue, will be named after Mary Gawthorpe a prominent suffergette who lived in Beeston. She taught at St Luke’s School. She later became a national organiser for the Women’s Social and Political Union.

The Moorhouse’s factory was employing 590 people when it closed in 1972, the factory building burned down in 1976. The site has been derelict / empty since a Wickes DIY store on the site closed in the late 1980s. The site was bought by Tesco, but they failed to get planning permission for a store in 2013.

Plans for housing on the site first emerged in January 2017, although planning permission was approved, the developer didn’t build the scheme. A new proposal for private rented homes came forward in May 2019. Councillors on the Plans Panel objected that there were not enough affordable homes or green space included. The developers then brought the scheme back as 100% affordable rented, which was approved in June this year.

One Reply to “Street names revealed at Beeston housing development”