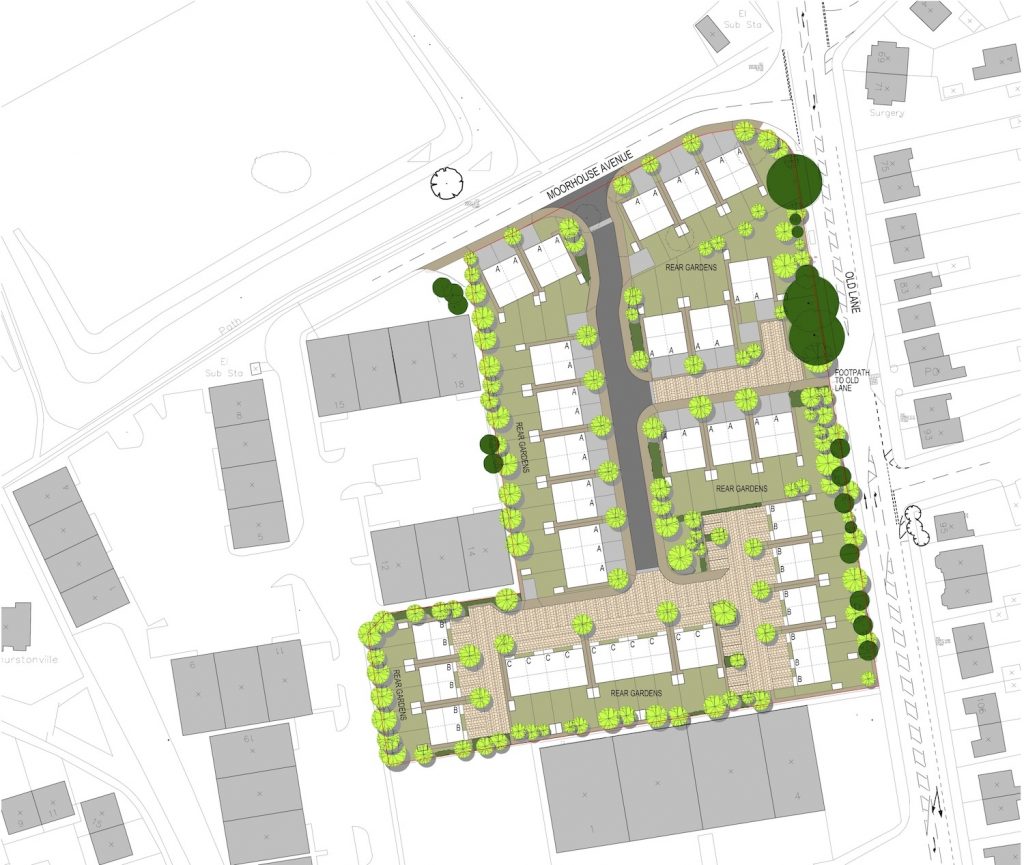 Planning permission is being sought to build new homes on a former jam factory site on Old Lane in Beeston.

Developers, Barmston, presented their proposals to Beeston Community Forum last Thursday (5 January 2017) where they were greeted favourably. A total of 58 houses are planned including two and three bedroom semi-detached and mews-style houses.

Road access will not be directly onto Old Lane, but via Moorhouse Avenue. All houses will have private gardens and off-street parking.

At this stage it is proposed that all the homes would be sold on the open market, but South Leeds Life understands that it is likely that planners will require a small number of the homes to be affordable.

An application for outline planning permission has been submitted. The application is open for comments until 10 February 2017. You can view the full application via the Council’s planning portal here.

The Moorhouses factory was employing 590 people when it closed in 1972. The site has been derelict / empty since the factory building burned down in 1976. The site was bought by Tesco, but they failed to get planning permission for a store in 2013.