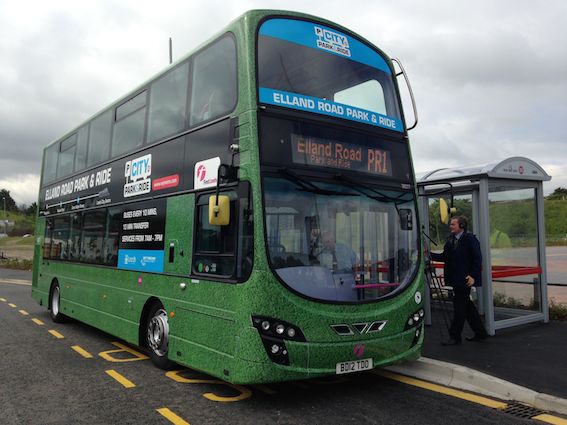 A new Park and Ride scheme to be built in Stourton has been given the go ahead after the government confirmed that funding of £173.5m would not be held up by the election.

As South Leeds Life reported in December, the Department of Transport has agreed to give the funding that it would have contributed to the failed NGT Trolleybus scheme to Leeds City Council for public transport improvements.

The Park & Ride scheme will be built on land just off junction 7 of the M621 in Stourton. It is designed to reduce the numbers of cars coming into Leeds city centre from the motorway. A fast, low-emission, bus service will take commuters into the city centre.
The Park & Ride scheme at Elland Road has been a success in terms of numbers, although many local residents feel it brings extra traffic to Beeston.

Further Park & Ride schemes are planned around the city. One currently under construction at Temple Green, off junction 45 of the M1 to the east of Leeds is due to open later this year.

Plans to develop a new rail station for the White Rose Shopping Centre and White Rose Office Park will also be developed as part of a range of transport improvements.

There will be work to ease congestion and improve bus journey times on the A61/A639 through Hunslet and Stourton. Additionally, First Bus will also be investing £71m in a fleet of 284 new low-emission buses.

“We are delighted that the Department for Transport has given its support for our plans which have the potential to transform public transport in Leeds, with improvements we can deliver in the coming years in keeping with what the people of Leeds told us they want to see.

“That is making it quicker and easier for everyone to be able to move around the city as well as connecting people and businesses to places and jobs, increasing productivity and supporting major economic growth areas.”

One Reply to “Stourton Park & Ride gets the green light”