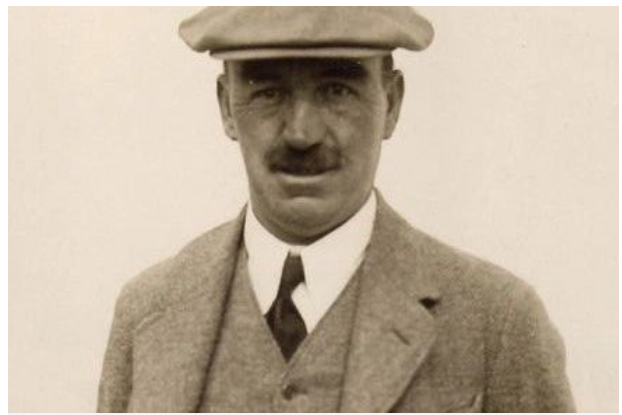 This September we have been promised a public consultation on the use of South Leeds Golf Clubhouse by Leeds City Council’s Asset Management and Regeneration Department.

This is a welcome move after the lack of consultation regarding the recent decision to close a historic right of way to make way for a car park.*

South Leeds Golf Club had struggled financially last year before it handed back the lease to Leeds City Council. This struggle was something that the founders of the Club were all too familiar with.

South Leeds Golf Club was started in 1906 in Rothwell before the course at Parkside was established. South Leeds had never been a wealthy club but its enthusiastic members made many arduous struggles to establish golf on the industrial side of the city. There was a real determination by its members to provide affordable golf to the public in South Leeds. The only clubs that existed at the time were north of the river.

“A few enthusiasts, amongst whom I remember Mr Brown, thought that golf should not be confined to the “swell” districts north of the river. They argued and quite rightly, that if golf was good for Headingley, Chapeltown and Roundhay, it was at least equally good for the hard working people who lived south of the river.” (Yorkshire Post, 1921)

They started with a wooden shed and an agreement with a farmer at Rothwell to play golf over his land. Unfortunately the farmer had no enthusiasm for golf or golfers and he delighted in creating new rules at every renewal of the tenancy. The final straw was reached when he solemnly suggested on one occasion whilst negotiations were pending that members should carry round with them a square of tin to be placed behind the ball before any shot was taken in order that the turf might be spared. Golfers were also terrified of hitting a duck in the farmer’s duck pond. They knew that the farmer would immediately declare it was a prize specimen of a duck and demand considerable compensation.

Great joy filled the hearts of the members when the present course at Parkside was secured. The Yorkshire Evening Post reported in 1914 that “the South Leeds golfers were looking forward to the possession of a good and interesting course at Beeston. Such terms can hardly be applied to their present course at Bean’s Farm, Rothwell Haigh.”

In 1915, the new course was in the making. An estate of 130 acres, known as Parkside Farm and Top Parkside Farm had been taken on a 14 year lease from The Low Moor Company Ltd. Top Parkside Farm consisted of three separate buildings. The farmhouse, a stable block and a large barn. The club applied for and was granted planning permission to construct a wooden extension to the farmhouse that was to be used as the clubhouse.

The farmhouse became the stewards quarters. The stables became the green keepers shed and the barn became the men’s changing rooms with the odd rat or two. It was equipped with an indoor driving net. This was a rather dangerous game with balls ricocheting around the barn. Golfers had to move fast if they didn’t want to end up with a painful injury. The barn was eventually demolished and is now the car park.

The Club also adopted the name Parkside Links. The club had a playing membership of 130 including 30 women. The 1920 map of the first recorded layout of South Leeds Golf Club at Parkside Links shows a depression in the land behind the third green that was a cock fighting pit.

The Club faced unprecedented challenges during the 1914-1918 War to maintain the club membership at viable levels whilst attempting at the same time to plan and create the new golf course. They succeeded in establishing a good course for those returning from the war.

However, members were devastated in 1922 when the Council decided to cut straight through the middle of the course to construct the Middleton ring road.

In a letter which he wrote to every member of the council the club secretary exclaimed:

“We have had no formal intimation of the proposed disturbance but from information supplied by the City Surveyor, we find that there are two proposals either of which if carried out will have a very serious effect upon the clubs prospects, in fact one of the proposals, if carried out would practically put an end to the clubs existence. As you are aware this is the only golf course within the city’s boundary on the south side of the river and there is no other land available for the game in the district. We think you will agree that as our club is catering for the ladies and gentlemen on this side of the river who have comparatively few opportunities of enjoying the open country, everything possible should be done to preserve the course as an asset to the south of Leeds … It is our intention to take the matter up with the city surveyor and we are proposing to get professional advice as to the best possible route for the road, taking all facts affecting both sides into consideration.”

The Club survived the construction of the road and the cost of the alterations were fully covered in compensation. There was a good turnout in 1923 when it re-opened. There were 420 members including 130 women.

New land had been added and the course had been redesigned by the world famous golf course architect Dr Alister MacKenzie also known as ‘the Course Doctor’.

Mackenzie designed more than 50 golf courses including three that remain in the top 10 golf courses in the world. He designed the Augusta National which hosts the Masters, Royal Melbourne Golf Club which is Australia’s oldest continually existing golf club and the Cypress Point Club, Monterey, California. A course well known for dramatic holes along the Pacific Ocean.

Mackenzie applied his knowledge of camouflage to golf course design. Mackenzie first became interested in camouflage during the Boer War. The Boers made good use of natural cover and created artificial cover indistinguishable from nature.
Mackenzie was born in Normanton, near Leeds and was a founder member and designer of the Alwoodley Golf Club. He designed many other local courses including Temple Newsam and Moortown. He attended Queen Elizabeth Grammar School Wakefield before going to Cambridge University and Leeds University. He graduated with degrees in Chemistry, Medicine and Science. He gave up medical practice as a GP to focus on golf course architecture. Mackenzie died in California in 1934 and this year will mark the 150th anniversary of his birth. To find out more about Dr Alister MacKenzie please visit alistermackenzie.co.uk

Unfortunately, South Leeds Golf Club’s survival was again thrown into jeopardy in 1938 when members of the Leeds Socialists tried to block it extending its lease and suggested the land should be allocated for housing.

Alderman F O’Donnell stated that although the Club was admirably conducted and provided perhaps the cheapest golf in the city, it would be foolish to permit this land to be tied up for 10 years after 1943 when the present lease expired. The Housing Committee, he claimed, had never been invited to express an opinion on whether the land was suitable for housing. However, a letter from the Housing Committee confirmed the land was not wanted for housing. Alderman O’Donnell and his party members were defeated and the extended lease was granted.

So as we can see, there were similar attempts in the past to curtail the enjoyment and leisure of the people of South Leeds with poorly planned development.

Dr Mackenzie had a strong conviction that golf had very real benefits for his patients and the decision to swap medicine for golf course design reflected this belief.

“How frequently have I, with great difficulty, persuaded patients who were never off my doorstep to take up golf and how rarely, if ever, have I seen them in my consulting rooms again!”

Leeds City Council should have taken Doctor’s advice and recognised the value of golf and invested in the Club. That said, they now have the opportunity to save the Clubhouse and maintain the open green spaces for walking, cycling, trees and wildlife; for the physical and mental health of the people of South Leeds.

* Editor’s note: the decision on closing the footpath / bridleway (path 207) has not yet been made. It will be part of the phase 2 planning application.

2 Replies to “South Leeds Golf Club and the Good Doctor”