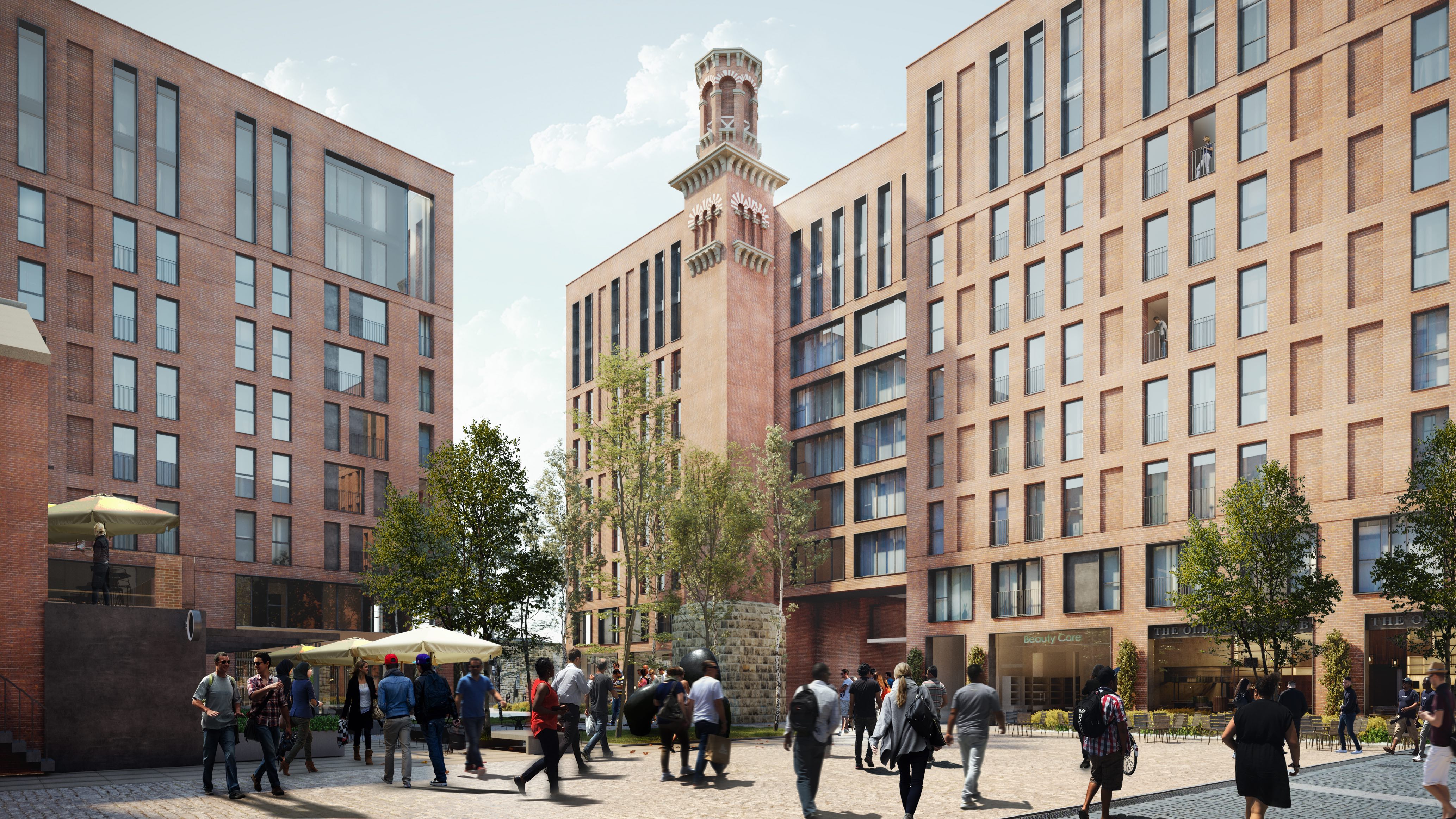 Sir Robert McAlpine Ltd has been appointed by Richardson and Ask Real Estate Ltd as lead contractor to build the Tower Works scheme on Globe Road in Holbeck. The partnership has appointed Sir Robert McAlpine after submitting a planning application earlier this month. The delivery team also includes: engineering firm WSP; Ryder Architecture which has designed the 245 unit build to rent scheme and project managers and QS Faithful and Gould.

The historic Tower Works site will deliver two new residential buildings providing 1, 2 and 3-bedroom and duplex apartments to the south of the railway station, delivering much needed housing to complement the city centre offer. Ground floor commercial uses will be created as well as extensive new areas of public realm to enable a pedestrian route through from the city centre to the Holbeck Urban Village neighbourhood.

“We are thrilled to be appointed as lead contractor on Tower Works for Richardson. We are already involved in the regeneration of the South Bank with the adjacent Mustard Wharf development, and this scheme is an exciting addition. The team looks forward to starting construction on site and continuing to work with the skilled local workforce.”

“The early appointment of Sir Robert McAlpine as main contractor demonstrates our clear intention to make an immediate start on site following the determination of planning. Not only are they one of the leading construction companies with a solid track record but they are already active in Leeds on a neighbouring site and they have the team, skills and equipment in place to start on site straight away.”

“It is great to have reached the milestone of main contractor appointment and we are delighted to be involved in such a landmark development. Tower Works is a unique setting – our concept designs respect the context and environment of the listed towers by combining the classical proportions of the towers with the rigour of Leeds’ industrial heritage. Giotto, Verona and Little Chimney are celebrated and framed with a backdrop of residential buildings creating positive public spaces for the enjoyment of all.”

“WSP has been privileged to be involved in Tower Works from the beginning and it’s great to see the scheme progressing. The development is not only helping to reinvent a key landmark for Leeds, but it is a crucial element that will anchor the wider regeneration of the South Bank.”