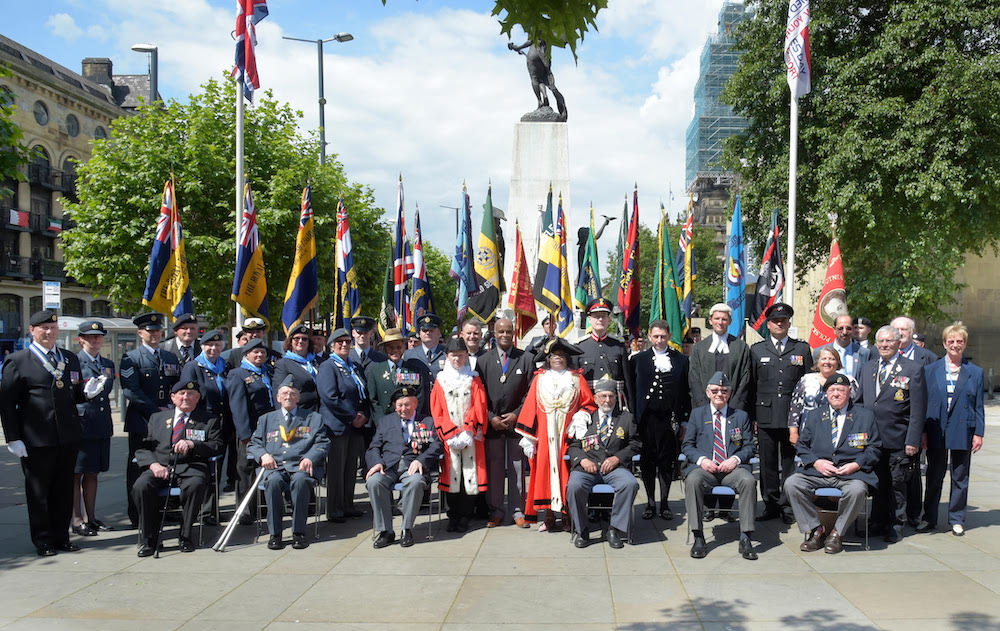 Cllr Iqbal, who is one of six Armed Forces Champions within Leeds City Council, joined the Lord Mayor of Leeds Eileen Taylor, the Children’s Lord Mayor Rio Abbott, veterans, cadets and active servicemen and servicewomen for the event on the Headrow.

It comes before the UK-wide Armed Forces Day celebrations on Saturday 29 June in Leeds City Centre, to be held between 11am and 4pm and hosted by Eileen Taylor.

This culminating event of Armed Forces Week will feature a parade, live music, displays and activities for all ages on Briggate before ending with a fly-past by a Second World War-era Dakota aircraft.

“Myself and Armed Forces Champions colleagues, Councillors Jane Dowson and Caroline Gruen, were thrilled with the interest and support from Leeds people in coming together at the flag-raising event last Saturday; and with the gravitas that the attendance of our Lord Mayor, Children’s Mayor, civic dignitaries, veterans and serving personnel brought to the occasion.

“We look forward to the city centre Armed Forces Day event this coming Saturday, 29 June, which is set to be the best yet, in Leeds. Again, we are honoured that our Lord Mayor, Councillor Eileen Taylor, and HM the Queen’s representative, HM Lord-Lieutenant of West Yorkshire, Mr Ed Anderson, will be present, taking the salute following the parade – which promises to be another rousing military spectacle.

“We are most grateful to the Ministry of Defence for their contribution to funding this event and encourage citizens of Leeds to come along, show support and join in this day of celebration of all strands of the Armed Forces community. With activities, displays, live entertainment and RAF Dakota fly-past it will be a wonderful day out for all the family.”

South Leeds is also home to the 168 Squadron Air Training Corps of the RAF, situated just off Dewsbury Road.