The independent Local Government Boundary Commission for England is asking local people in South Leeds for their help to draw up a new pattern of council wards for Leeds City Council. 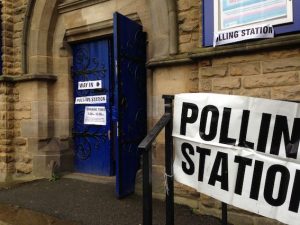 The consultation is the first part of an electoral review which will re-draw ward boundaries across the city.

The Commission has also announced that it plans to recommend that the council should have 99 city councillors in the future: the same as the current arrangements.

Currently three wards cover our part of South Leeds: Beeston & Holbeck, City & Hunslet and Middleton Park. Each ward is represented by three councillors. The number of registered voters varies from 14,815 in Beeston and Holbeck to 19,688 in City & Hunslet.

The Commission now needs information from people and groups across Leeds to help it to produce a new pattern of wards to accommodate 99 city councillors.

In drawing up new boundaries, the Commission aims to deliver electoral equality for voters in council elections so that each councillor represents roughly the same number of voters. The review also aims to ensure that the new council wards reflect, as far as possible, the interests and identities of communities across Leeds.

“We are asking local people and organisations to help us draw up new wards for Leeds. As we develop the recommendations, we will take into account local community identities as well as ensuring electoral equality for voters.

“If you have a view about which communities or neighbourhoods should be part of the same council ward, then we want to hear from you. And if you think a road, river or railway makes for a strong boundary between communities in your part of Leeds, then this consultation is for you. Alternatively, if you’re simply interested in the way the city is run, just log on to our website to explore our interactive maps and have your say.

“Your views will make a difference.

“We will carefully consider all evidence that is provided during this phase of the review whoever it is from and whether it applies to the whole of Leeds or just a small part of the city.

“Residents will then have a further chance to have their say after we publish our draft recommendations in November.”

Local people have until 5 September 2016 to submit their views. Further information on the review and interactive maps of the existing wards can be found at www.consultation.lgbce.org.uk and www.lgbce.org.uk.

There are no local elections in Leeds in 2017, it is expected the new boundaries will be used in 2018 and that all 99 council seats will be up for election at that time.