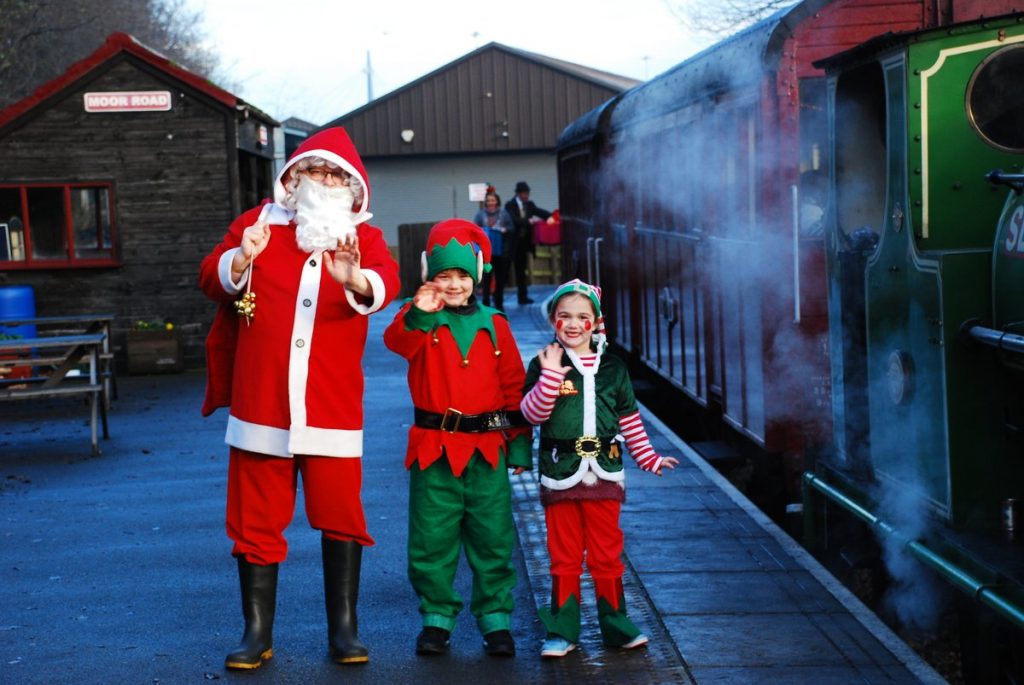 Bookings are open, and selling fast, for the ever popular Santa Specials at Middleton Railway after the disappointment of last year’s cancellation.

The Santa Special Trains start running on Saturday 4 December 2021. Each child aged up to 12 years inclusive for whom a fare has been paid will be given a present by Santa whilst travelling on the train. Once the train has arrived back at Moor Road adults (including children 13 or over) will receive a hot drink and a mince pie. For children there will be juice and biscuits.

As well as the weekend services there will be trains on Thursday 23 and Friday 24 December. Advance booking is strongly recommended, especially for services close to Christmas. Full details at www.middletonrailway.org.uk

2 Replies to “Santa Specials at Middleton Railway are booking now”