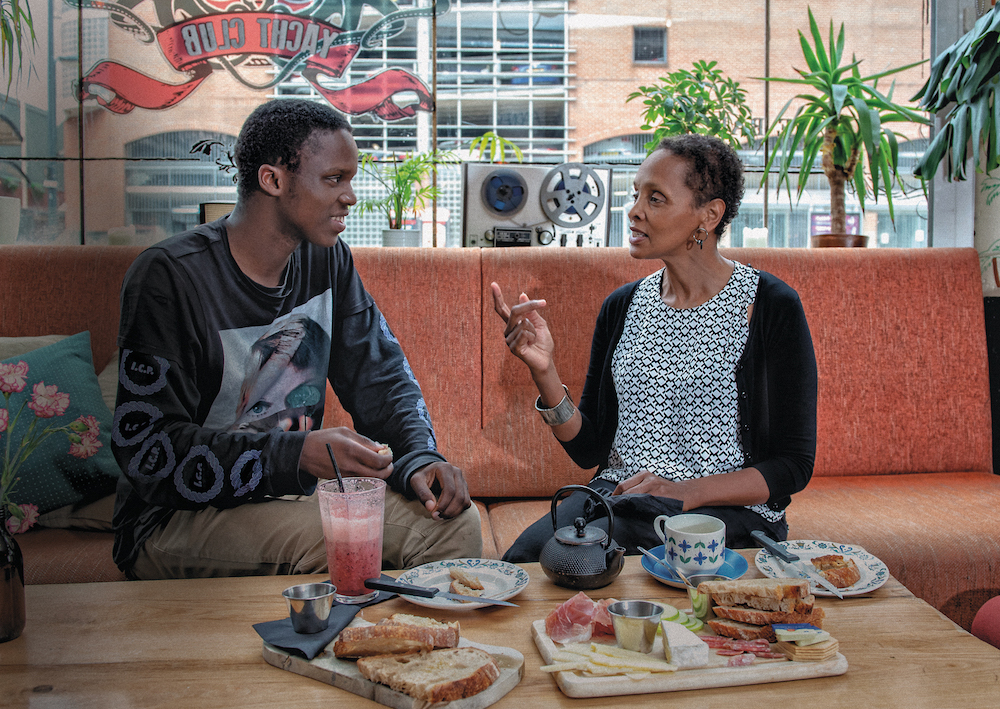 The Creative Engagement department at the Playhouse set two generations of Leeds citizens the task of getting to know each other through weekly meet ups for a period of six months. The play Dinner 18:55 is the outcome of their opening up to each other and learning about significant events that happened to each of them, around the family dinner table. The Creative Engagement department use theatre to open possibilities for people of all ages and backgrounds.

The life experiences were told in various ways through monologue, dance, music and mime. A lovely touch was the handing out of a recipe to the audience. The recipe was one of the actor’s favourites but no-one in his family shared his enthusiasm for the meal.

Some of the stories were funny and heart-warming and others were heart-wrenching and emotional. My personal favourite was the story of a Christmas in Chapeltown – the results of which were absolutely hilarious! All of the actors played the eleven siblings and ran around portraying the bizarre Christmas family ritual and the chaos of the unfolding event had the entire audience laughing.

A young man related his very sad story of his rejection by his family at the dinner table – he gave a very passionate speech and it was clear that this project had helped him to process some very complicated feelings about his family and his relations with them – it was very moving and very powerful.

The segments where characters related their dinner story were neatly broken up with dinner items being used as percussive instruments. At these points all of the actors came together as a family unit around clear cases which were joined together and stood in for a dinner table. It was during these sections that the audience could see the genuine warmth that existed between all of the actors and they really did come across as a close family.

There was a lovely section where the ensemble teamed up in pairs and mirrored each other’s actions and to me this perfectly captured the spirit of the whole play.

The set was very minimal but the use of clear cases on casters containing various dinner time paraphernalia was used very cleverly.

It was clear that the ensemble had all bonded through this process and felt genuine affection for each other and for their stories. The project had succeeded in bringing the two generations together. It was a fantastic performance and very emotive.