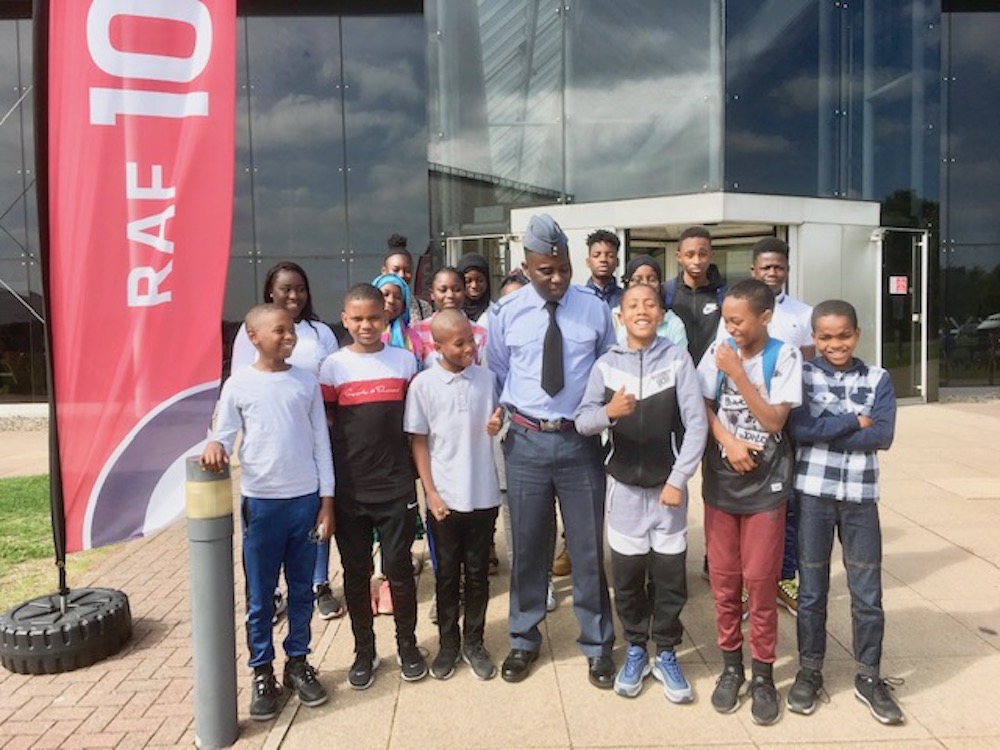 At Cosford the children explored the fascinating story of the RAF and of the thousands of ordinary service men and women who have served in it and whose invaluable contribution has shaped the world that we live in today.

The visit commenced in the National Cold War Exhibition which tells the story of the Cold War including social and cultural perspectives.  The National Cold War Exhibition highlights the ideologies of both sides, the social history of the era, the technological achievements which evolved from the competition between East and West and the eventual dissolution of the Warsaw Pact resulting in the world we live in today.  In the exhibition the children watched videos of the events of the Cuban missile crises and several important historical videos.  The children were fascinated by this exhibition and the amazing role played by the Royal Air Force men and women. 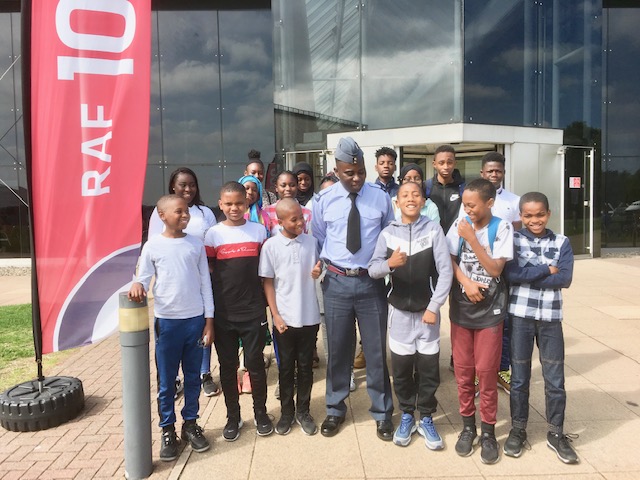 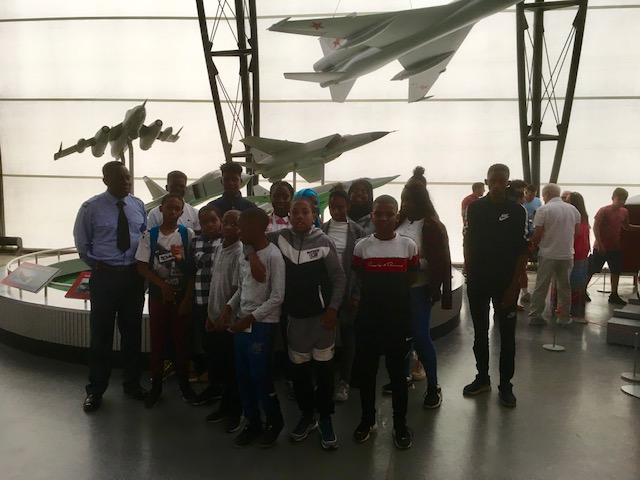 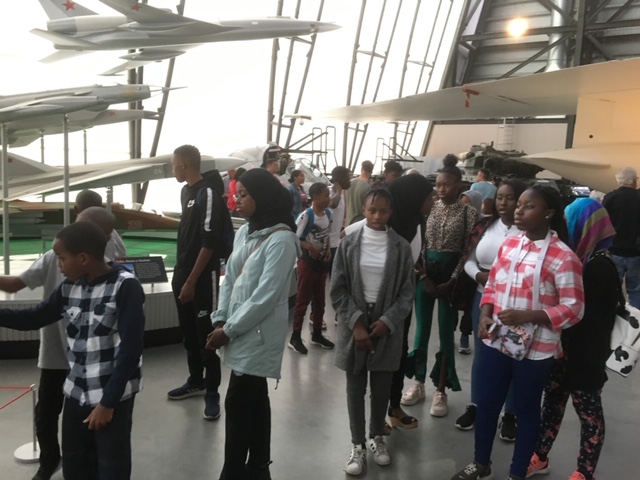 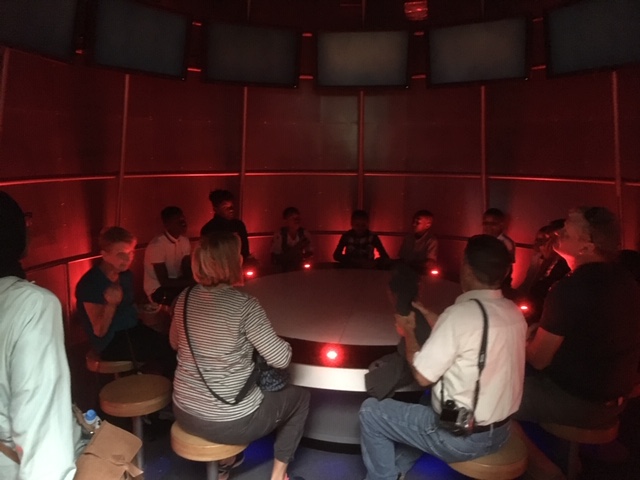 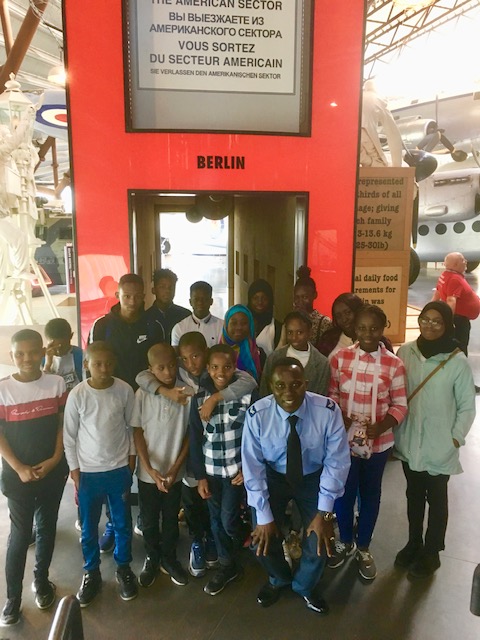 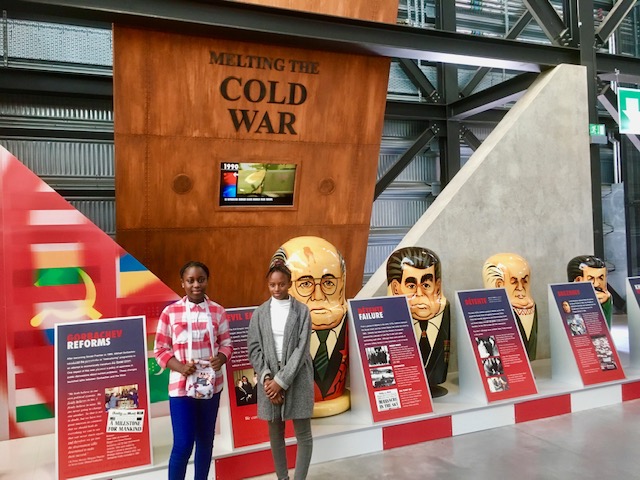 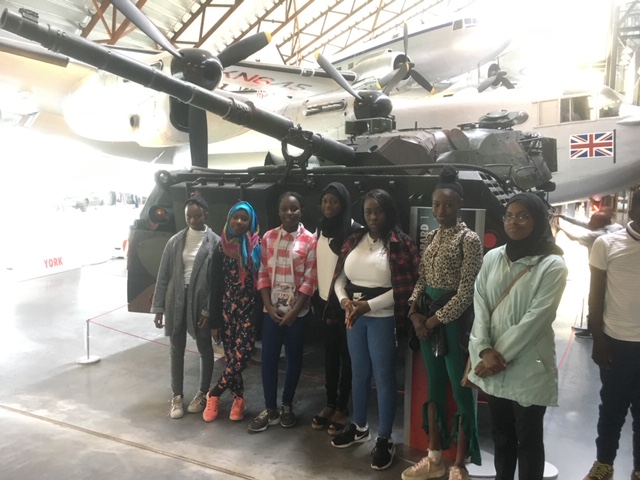 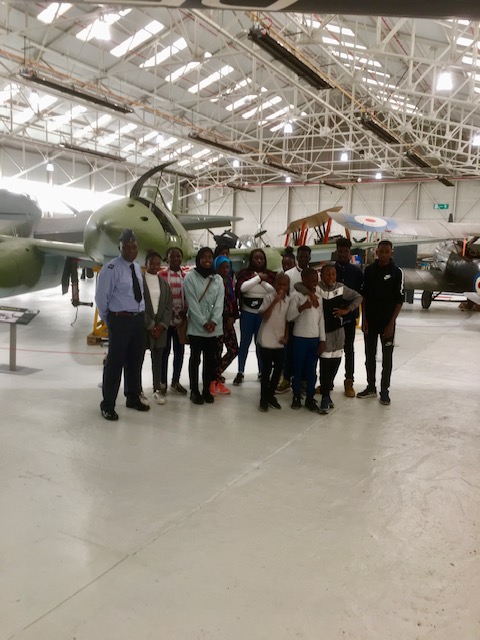 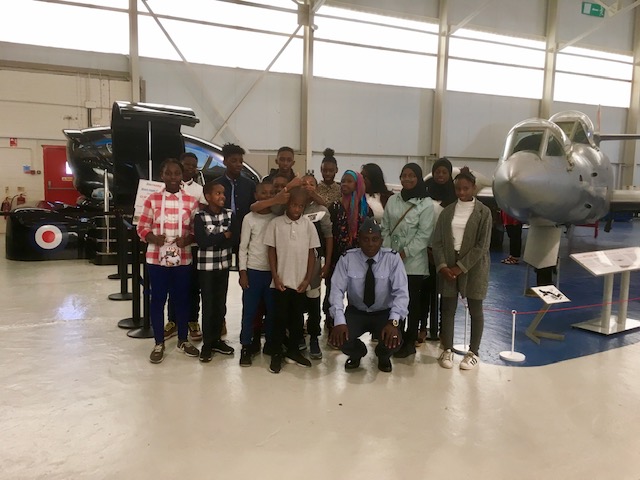 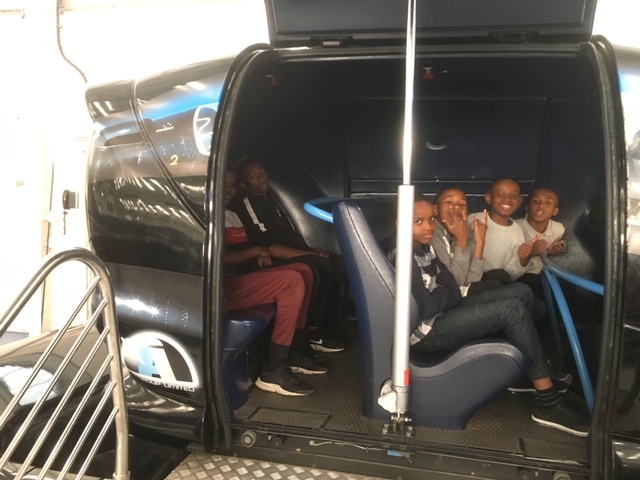 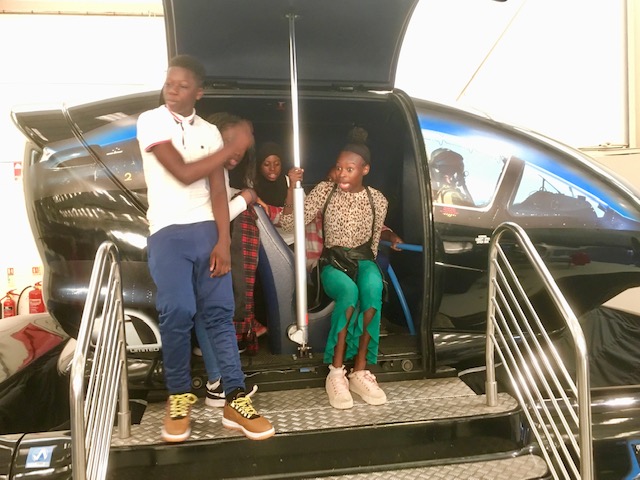 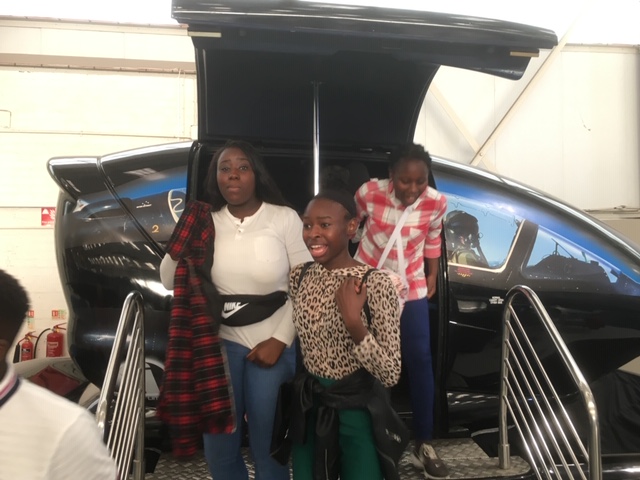 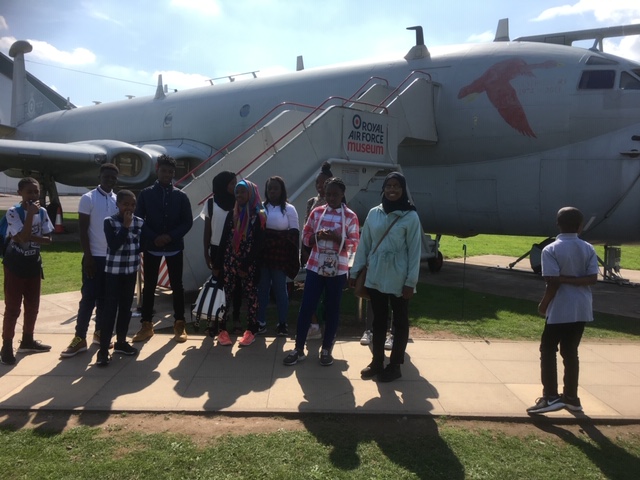 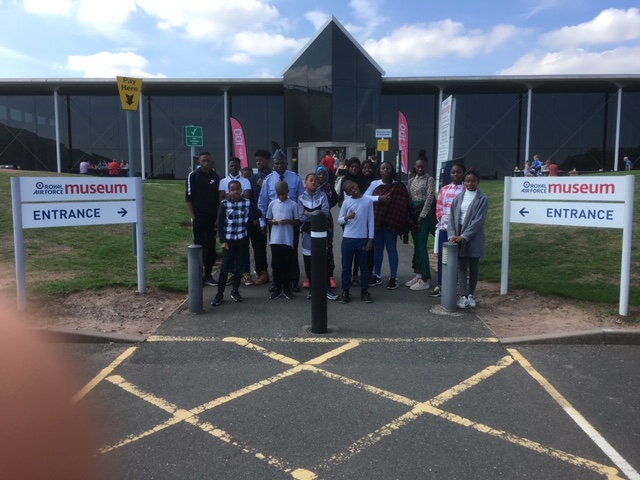 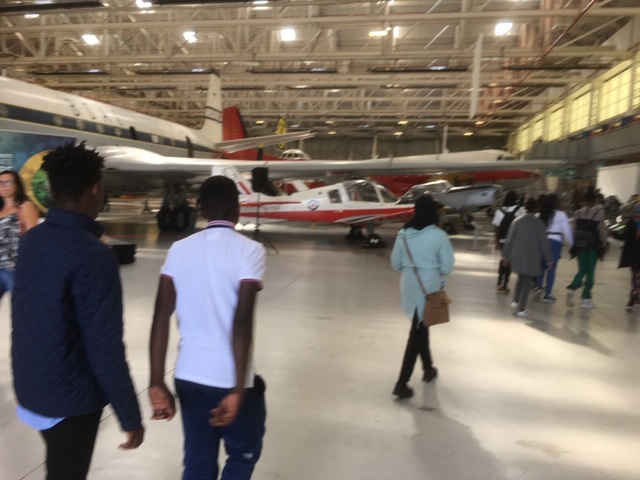 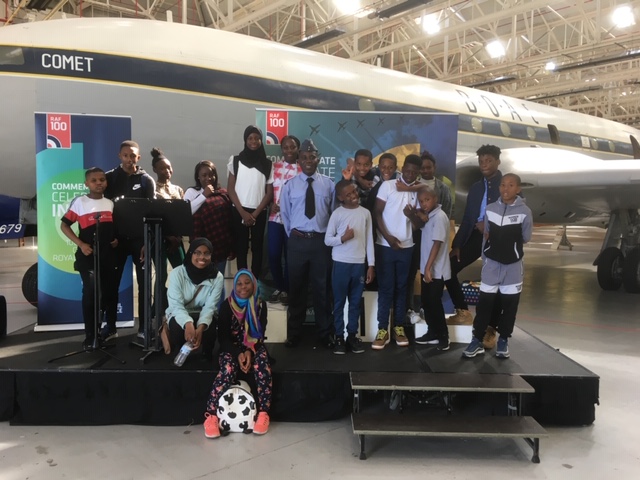 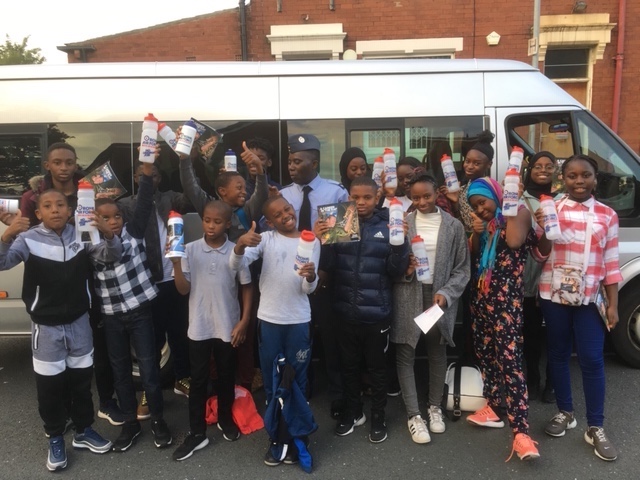 From the Cold War Exhibition the group had a ride in the Black Hawk Flight Simulator.  The flight stimulator was so enjoyable by children that each wanted to have a second round but it was already time for the group to return home.

Overall the visit was well received by the children and hugely appreciative of the Royal Air Force for giving them the amazing experience and the education gained about various historical aspects of the Cold War, including Brandenburg gate and the Berlin wall.

The excursion was organised by Yanks Sawo (Royal Air Force BAME Ambassador) stationed at Royal Air Force Leeming.  None of the children who went on the trip has had this type of experience prior, so it is right to say it was a first time experience for all of them.  Overall it was fun and very educative and has left a huge impression about the RAF within the African community in Leeds.  On behalf of the community I am thanking the RAF, Sqn Ldr Khan, RAF Cranwell and RAF Leeming for supporting.