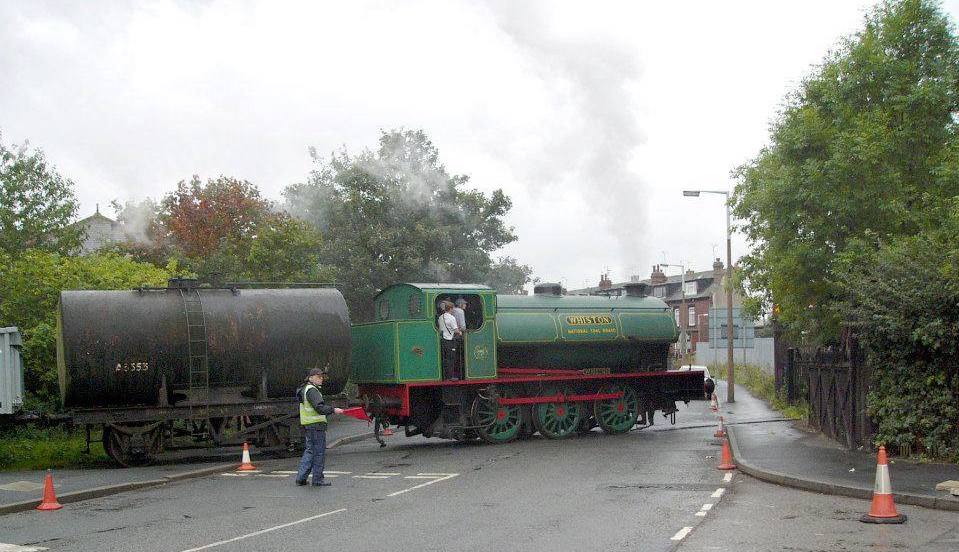 ‘Last Coals To Leeds’ will be a special celebration of the role of coal in the life of South Leeds at the historic Middleton Railway on Saturday and Sunday (29 & 30 September 2018) commemorating the closure of the last coal mine in Leeds, Middleton Broom Colliery, which closed 50 years ago.

Hilary Benn MP, the newly appointed President of the railway will meet volunteers and wave off the first train of day to Middleton Park. The Lord Mayor of Leeds, Cllr Graham Latty and his Lady Mayoress will also visit the railway from 12 noon. They will take a train journey behind our historic steam locomotives at 12:15pm before meeting volunteers and visitors and having lunch.

Also present will be local councillors, including Judith Blake, Leader of Leeds City Council, who have supported our event through the Inner South Committee Committee.

The Balm Road branch of the railway will be open and the ‘Slough Estates No 3’ will be vinyled as ‘Blenkinsop’, the last steam locomotive to work at Broom Colliery. The event will also feature a photographic exhibition, a memorial plaque to those who worked at Broom Colliery and exhibits at Middleton Park.

The Hunslet ‘Austerity’ saddle tank is a true icon of the Leeds locomotive building industry and this weekend you can have the rare opportunity of seeing one in action at the Middleton Railway. ‘Wimblebury’ will be visiting from the Foxfield Railway on Saturday and Sunday. The reason for the ‘Austerity’ name is that the first examples were built during the Second World War as a standard shunting locomotive – the first was completed in 1943.