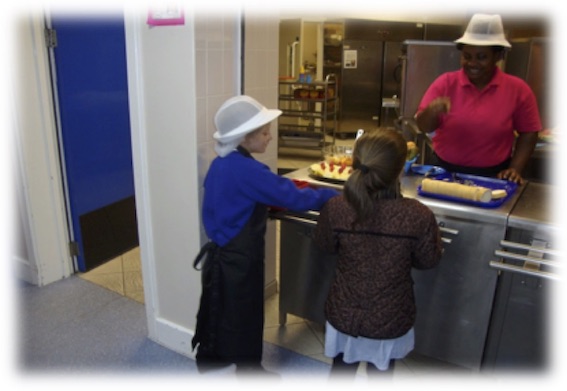 Monday (14 November 2016) was takeover day at New Bewerley Community School in Beeston as children across the school took on adult roles for the day.

The whole school was involved with children in Key Stage 1 painting pictures of staff in school, whilst those in Key Stage 2 applied for normally adult roles ranging from cook to Deputy Head.

The photo slideshow shows pupils taking on a range of jobs in school. Some helped Mrs Walker in the school office; some became teachers; some helped in Upper Foundation Stage (Reception); whilst other’s worked with Mr Dyson the Premises Manager; or became Deputy Head or Cook in Charge.

Takeover is a project run nationally by the Children’s Commission. It’s a fun, hugely successful and exciting engagement project which sees organisations across England opening their doors to children and young people to take over adult roles.

It puts children and young people in decision-making positions and encourages organisations and businesses to hear their views. Children gain an insight into the adult world and organisations benefit from a fresh perspective about their work.