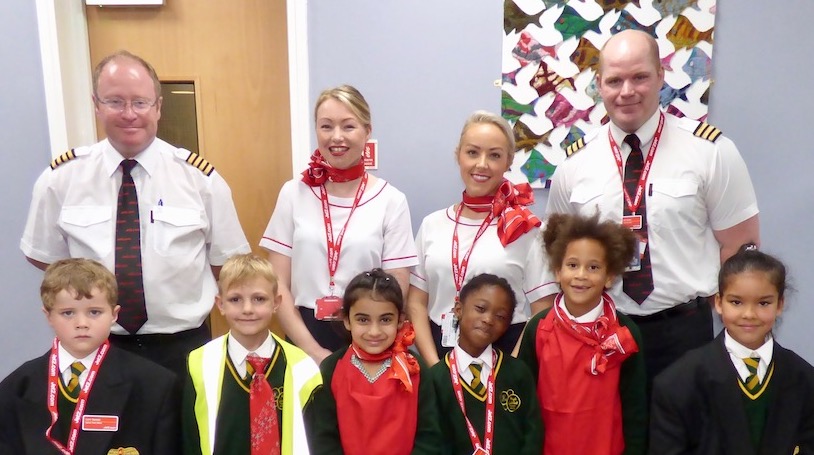 The children have been learning about the history of flight and how aeroplanes have developed over the decades.

In a lively question and answer session we found out, amongst other things, that:

Asked what happens when a plane runs out of fuel, Capt Wakeham explained that planes need fuel to land so they make sure they never run out. They use maths to do a complicated calculation to make sure they put the right amount of fuel on board before they take off; and if something happened during the flight they would divert the flight to a nearby airport so that they could land safely.

“It was fantastic to have the team from Jet2 in school today. It’s really important to give the children real world experiences. Many of our children won’t have flown in a plane, but perhaps some of them will now become pilots when they are older.”