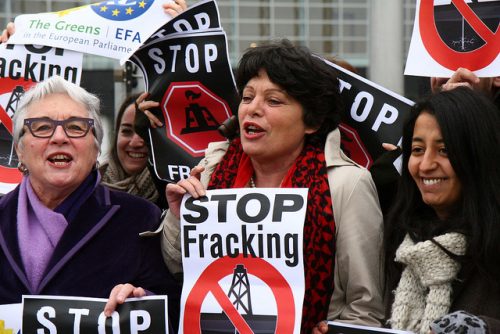 A Leeds campaign group is inviting residents of south Leeds, and especially Hunslet, to join them to find out about the potential risk of large amounts of toxic waste water – the leftovers from ‘fracking’ operations across northern England – being brought to the area for processing and disposal.

Fracking is a controversial new method for extracting gas and oil, by pumping high pressure water and chemicals into certain types of rock. It has been subject to considerable opposition and campaigning across the country (for instance in Barton Moss, just outside Manchester), and indeed across the world – but UK operations seem likely to start in the coming months.

A number of licences have been granted for fracking in Leeds, although work on the ground is yet to begin at any of them. However, local campaigners are calling for urgent attention to be paid to the risk that very large quantities of the waste water left over from fracking operations from across the North might well be brought to Leeds for processing.

Why Leeds? Because Knostrop water treatment works – immediately opposite Hunslet on the River Aire – is one of just a handful of sites in the UK with a licence to accept fracking waste water. Fracking firms in North Yorkshire and Cheshire have already stated they plan to send their waste to Knostrop if their applications and operations are successful. However, no contracts or formal agreements are yet in place – so the campaigners insist there is every chance of successfully resisting the proposals.

Why fight it? The campaigners, representing Frack Free Leeds, assert that the waste water contains toxic and radioactive chemicals, that simply cannot be adequately processed – and that it will be released into the River Aire, and therefore the local water table. They also point out that the operation will see very large numbers of tankers on local roads, transporting the waste water to Knostrop.

The group have distributed thousands of flyers locally, and also presented at local tenants groups. At the event on Monday 21 November, they will give a full presentation about the situation, take questions on it, and discuss opportunities to campaign against the plans. They also welcome contact at any other time, via their website, FB, or Twitter.

For more info on the alleged dangers of fracking, read our series of anti-fracking articles – published earlier this year – here (plus links to two other articles off that page). Here also is a multi-sided feature article from the BBC.