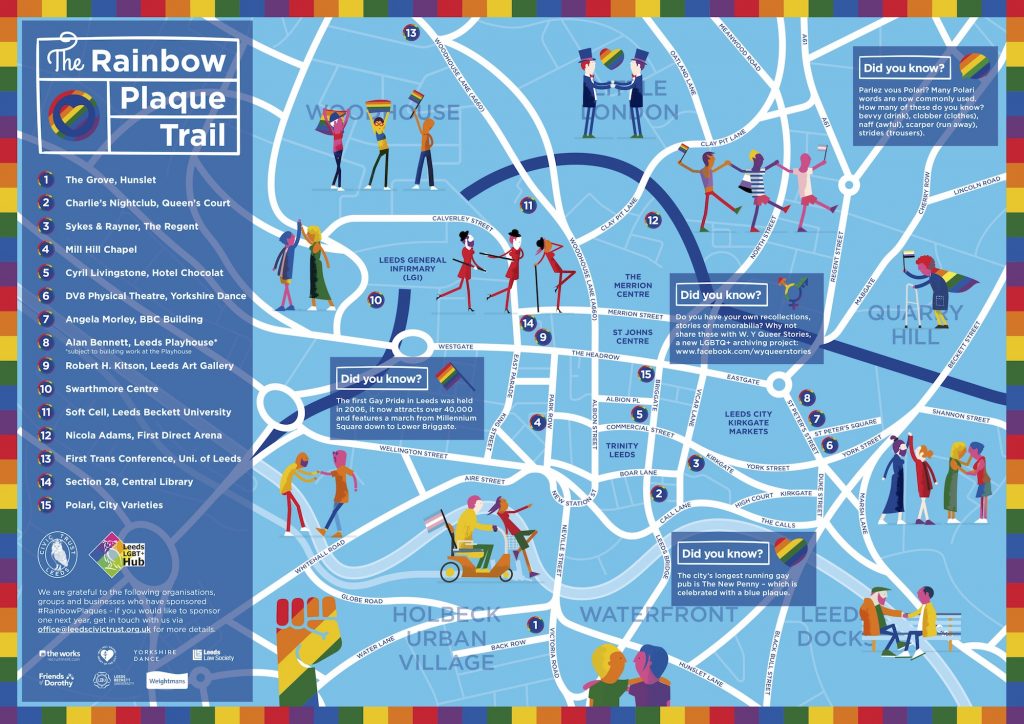 The Grove pub in Holbeck is the starting point for a special Rainbow Plaque Trail put together by Leeds Civic Trust and the Leeds LGBT+ Hub in time for this year’s Leeds Pride festival which takes place on Sunday (5 August 2017).

The trail marks locations in the city that have historical significance for the Leeds LGBT+ (Lesbian, Gay, Bisexual, Trans-sexual plus) community. The Grove stands for a number of local pubs including the Ye Olde Red Lion and The Bridge, which started hosting LGBT+ friendly events in the 1970s and 1980s.

Other locations include The Regent pub on Kirkgate where two men were arrested and later sentenced to death in 1843; and Leeds Polytechnic (now Leeds Beckett University) where Marc Almond studied before taking Tainted Love to No 1 in the charts in 1981.

As the organisers explain:

“An estimated 77,000 people identifying as LGBT+ live in Leeds. We’ve celebrated Pride for over 12 years; this is a time to celebrate who we are and who we love. It is also a time to remember the experiences, people and events that have shaped who we are. National and international events have all influenced local LGBT+ freedoms.

“LGBT+ communities and their allies have often been forced to challenge the status quo to receive fair and equal treatment. #RainbowPlaques aim to make LGBT+ heritage, achievements and stories visible.”