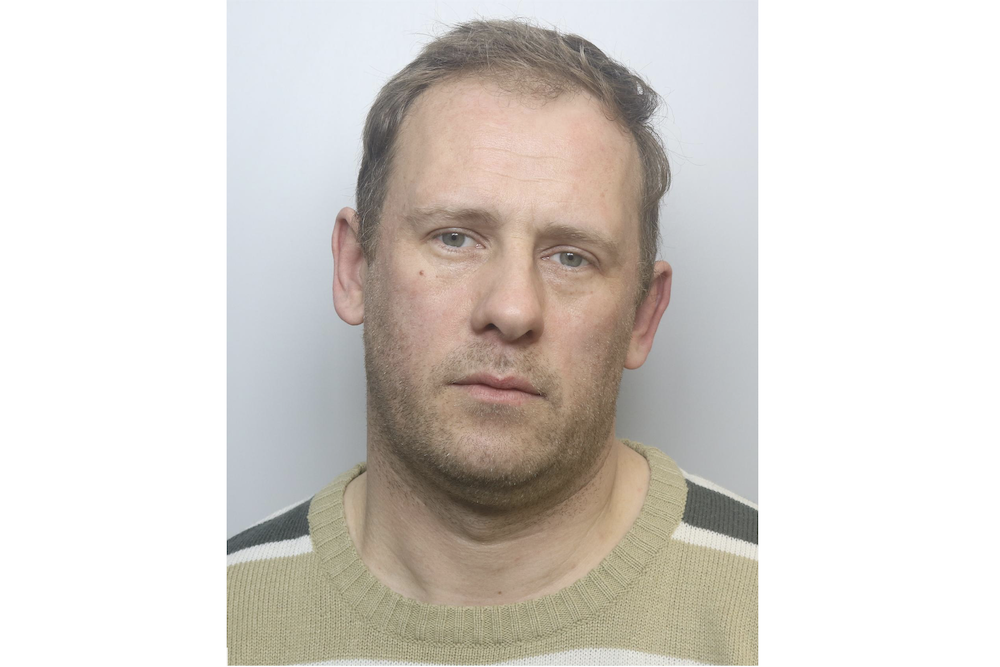 A predatory paedophile from South Leeds who filmed himself sexually abusing children and secretly filmed other girls and women has been jailed following a lengthy and complex investigation by safeguarding officers in Leeds.

Brian Stott was arrested on suspicion of possession of indecent images of children in January 2018 after the internet connection at his home in Leeds was flagged up as having files of indecent images and videos available for sharing.

A large number of devices were seized from him and sent for examination by digital forensics experts which revealed thousands of indecent images of children.

He was then arrested in October 2020 on suspicion of distributing indecent images of children. Further devices were seized from him, which revealed a number of voyeurism offences involving a covert camera which featured ten children and two adults, who were all identified and traced by officers.

Stott, aged 42, from Hunslet, had been investigated in 2015 over child sexual abuse offences against two girls and was charged with six offences, including rape and sexual assault.

He was found not guilty of those matters after a trial at Leeds Crown court in 2017.
In April 2021, during the renewed investigation into Stott, videos and images of him sexually abusing the two victims were found on his devices.

Detectives referred the case to the Crown Prosecution Service to consider if the 2017 case could be tried again on the basis of this new and compelling evidence which was not available at the time.

It was assessed that such an application would not succeed, and the decision was made to arrest and investigate Stott on new offences in relation to the two victims as well as the indecent images and voyeuristic material.
During the investigation, officers also found images of Stott abusing a number of other child victims who they were unable to identify. Enquiries are still being carried out to identify those children.

When he was interviewed, he either gave no comment responses or refused to speak.
Detectives from Leeds District Safeguarding Unit carried out extensive and painstaking enquiries to link Stott to the electronic devices recovered, including liaison with Interpol to get information from China and Miami to try to attribute a hard drive to him.

He pleaded guilty to 28 offences and was sentenced today at Leeds Crown Court to 20 years and three months in prison with an extended licence period of seven years and nine months.

Detective Chief Inspector Sarah Lambert, of Leeds District Safeguarding, said: “Stott is a determined predatory paedophile whose appalling catalogue of physical abuse against these two vulnerable young girls, and other unidentified child victims, will have had a very significant traumatic impact on them.

“The level and scale of his wider offending around indecent images of children and voyeurism, using a range of electronic devices and hidden cameras to secretly film victims, saw Safeguarding officers faced with a huge investigative challenge.

“It took a very lengthy and painstaking effort by them, supported by the work of digital forensic experts, to unravel the full picture of Stott’s crimes and link him to them.

“Their diligent work that produced such strong evidence saw him admit the offences.
“We hope his conviction and the prison term he has received will provide some reassurance and support to the victims and their family as they continue to move on with their lives.

“The activities of child sexual predators like Stott will always attract the highest level of investigation by specialist Safeguarding officers, and we hope the successful outcome of this case will give victims of other similar offences the confidence to come forward and report them.”

Anyone who has any concerns in relation to the case is asked to contact Leeds District Safeguarding Unit via 101 quoting or online via www.westyorkshire.police.uk/101livechat