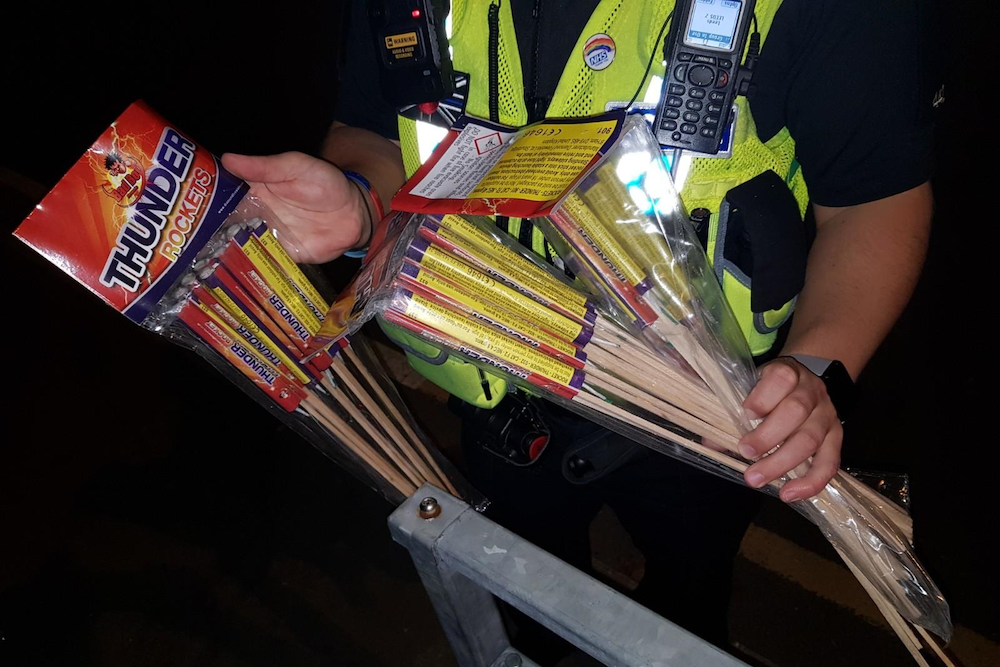 West Yorkshire Police have reported seizing fireworks from a number of youths over last weekend (17-18 October 2020) according to a report on their Neighbourhood Alert system. The alert read:

“Leeds Inner South Neighbourhood Police Team 2 have confiscated a large amount of fireworks from various youths over the weekend after reports from local residents in Beeston.

“The apprehended youths will be attending a bonfire and firework safety session as a condition of their community resolution to educate and warn of the dangers involved in the misuse of fireworks.

“If you see youths under the age of 18 in possession of fireworks or general misuse of fireworks, report it to 101 or 999 if in immediate danger.”

The granting of a city-wide injunction earlier this month prohibiting anti-social use of fireworks has made these interventions easier for police officers.

“Despite all our efforts, we have seen an increase in calls to police in relation to youths causing ASB with fireworks, we will take positive action where there is evidence of this.”

3 Replies to “Police seize fireworks from teenagers in Beeston”