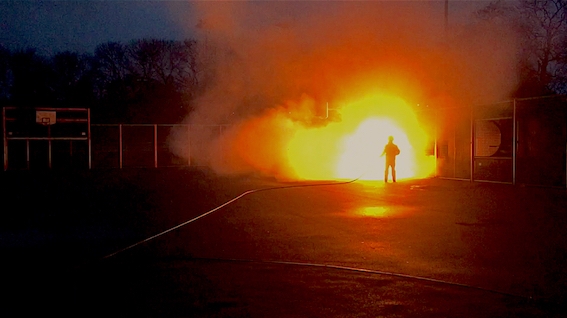 Additional powers to tackle the misuse of fireworks in communities across Leeds have come into force this month.

As part of an injunction order secured at Leeds County Court, both preventative and proactive measures will be available to Leeds City Council and West Yorkshire Police to take action against any individual or group that is found to be using fireworks in an anti-social or threatening manner. Provided through the injunction, which will be in place for an initial period up to 30 November 2020, is also an order that those who do not obey the regulations may be held in contempt of court and could face being arrested, imprisoned, fined or having their assets seized.

Full details of the injunction order are reproduced below.

“We will not tolerate any form of anti-social behaviour in our communities, which is why we took the decision with our partners at West Yorkshire Police to seek additional powers through the courts to help us tackle the deliberate and dangerous misuse of fireworks.

“I am delighted to say that the injunction has been granted, and in doing so will not only provide us with additional tools to stop this type of reckless behaviour, but also with the powers to take quick and positive action against those involved.”

“The dangerous use of fireworks and associated anti-social behaviour continues to impact on the lives of people in communities across Leeds around the Halloween and Bonfire Night period, despite our ongoing partnership work to tackle the issue.

“Those responsible not only risk causing injury to others, as well as themselves, but they create an atmosphere on the streets where people can feel unsafe.

“This is completely unacceptable and cannot be tolerated, and this new Leeds-wide injunction will give us much-needed additional powers to intervene at an early stage and prevent incidents before they occur.

“We will be making full use of the injunction as part of our efforts to tackle the issue with the aim of making long-term improvements for residents. We hope it will also send a very clear deterrent message to those who think it is acceptable to behave like this.”

The anti social use of fireworks or other explosive or pyrotechnic materials includes, but is not restricted, to the following activities:

If you do not obey terms 1 and 2 of this order you may be held to be in contempt of court. Proceedings for contempt may result in your arrest and you may be imprisoned or fined or your assets may be seized.