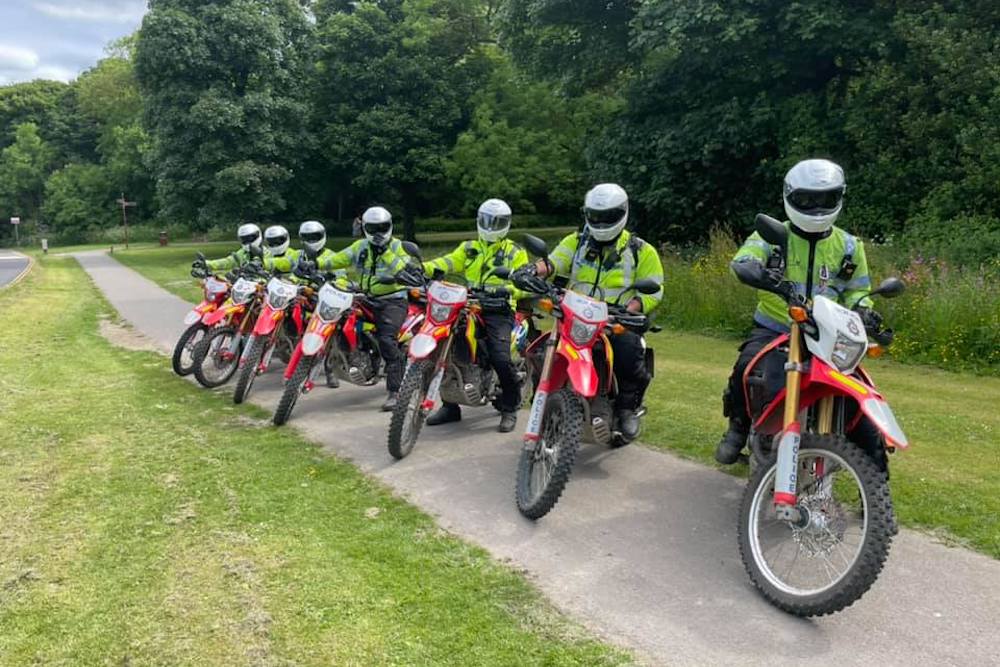 Efforts to tackle motorbike-related crime and anti-social behaviour in Leeds have stepped up gear with extra funding and targeted operations by police and partner agencies.

Stolen motorbikes, quad bikes, and electric motorbikes have regularly featured in incidents of crime and anti-social behaviour across Leeds and have been involved in several serious road traffic collisions.

Recent incidents have included motorbikes being used in robberies and thefts of other motorcycles, drug dealing, and violent crime, as well as being driven dangerously and at speed on and off-road, often by riders without helmets.

The criminal and anti-social use of stolen and unregistered motorcycles is an issue going back over several years in Leeds, and a number of targeted policing operations have resulted in significant prison terms for those involved and have also seen the use of civil injunctions to tackle the problem.

Over £100,000 of Safer Streets funding has been secured and is being used to support three projects across the city, these include measures to prevent illegal vehicles accessing Middleton Park by using innovative access control solutions; an intervention community-based mechanics project for young people in Killingbeck and Seacroft; and investment into additional staff and equipment to increase activity in hotspot areas at key times.

Operation Ashfield has been introduced as a result of the funding, which allows for additional resources, training and targeted patrols in areas identified as hotspots to disrupt anti-social behaviour and motorbike related crime.

Since the introduction of the operation, with intelligence from the communities, officers have seized over 93 off road motorbikes in May and June. It has also shown a 6% reduction in reports of motorbike related anti-social behaviour compared with figures last year.

Separately, a city-wide Public Space Protection Order (PSPO) is also proposed to be launched which covers the whole of the Leeds area. This will prohibit vehicle owners from revving car engines unnecessarily, playing music too loudly, organising ‘car cruising events’ and causing nuisance or danger to the public. It will aim to stop inconsiderate parking, littering from a vehicle, and the use of intimidating language or behaviour when behind the wheel.

As part of the PSPO, people will also be prohibited from engaging in, promoting, encouraging or assisting in activities which are likely to cause nuisance or a danger to the public, which includes things like ‘car cruising’ events. This also includes being involved in any online organisation of said events.

Their work has recently seen five suspects variously charged over a series of robberies and attempted robberies, including incidents on the Leeds and Liverpool canal at Rodley.

“We are acutely aware of the level of public concern that motorbike-related crime and anti-social behaviour causes in our communities, and we are determined to keep doing everything we can to target those responsible and reduce the number of incidents.

“As well as the use of motorbikes to commit crime, the dangerous behaviour of those involved often puts the safety of members of the public and themselves at risk, and we have seen the tragic consequences that can have in terms of causing death and serious injury.

“Additional funding has supported increased proactivity by our specialist off-road bike team and that work is already bringing positive results.

“One of the challenges we face is in identifying those involved in these incidents, and we would ask the public to let us have any specific information about who in their communities is involved in the anti-social use of motorbikes and any other relevant information, such as where they are keeping vehicles.

“Where riders are identified we always look to seize bikes and take positive action, as well as making referrals to Leeds Anti-Social Behaviour Team and tenancy enforcement.

“We will not tolerate offending behaviour like this that impacts negatively on the lives of people in our communities, and we will be continuing to work alongside our partner agencies to make full use of all available legislation to disrupt and enforce against those involved.”

“We’re absolutely committed to ensuring that residents in Leeds are safe and feel safe in their communities and tackling anti-social behaviour issues is key to that.

“We will be using the successful Safer Streets funding bid to support more officers on the ground in local communities helping to tackle crime and also provide reassurance to local residents.

“The funding will also be used to implement measures to restrict vehicle access to Middleton Park where we have seen an increase in motorcycle and vehicle nuisance in recent years.

“In addition, we are planning to allocate funding to work with young people who we know are currently engaged in this form of anti-social behaviour to turn them away from engaging in these activities.

“We will never tolerate behaviour which makes Leeds residents and communities feel uncomfortable or unsafe and we will continue working alongside our partners to put an end to it.”

“Motorcycle enabled ASB is an increasing concern among our communities and an issue which I recently raised with the Chief Constable during the latest Community Outcomes Meeting. It is therefore really encouraging to see these various activities taking place across Leeds in direct response.

“A key priority of our Police and Crime Plan is to create safer places and thriving communities, and the Safer Streets Funding, coordinated by our Mayor Tracy Brabin, is helping us to achieve just that.”

Motorbike owners are being advised to be aware of the issue and to review the physical security measures they use both at home and while out riding; to use good quality disc locks and chains, even if only leaving their bikes momentarily; and to always be wary and exercise caution when selling a motorbike or scooter, particularly through social media, and to consider the information they are giving out, who they are communicating with and to conduct any meeting up in a public location with company. Further relevant advice is available of our website, follow the following links to Motorbike and Scooter Security and Buying / Selling Motor Vehicles.