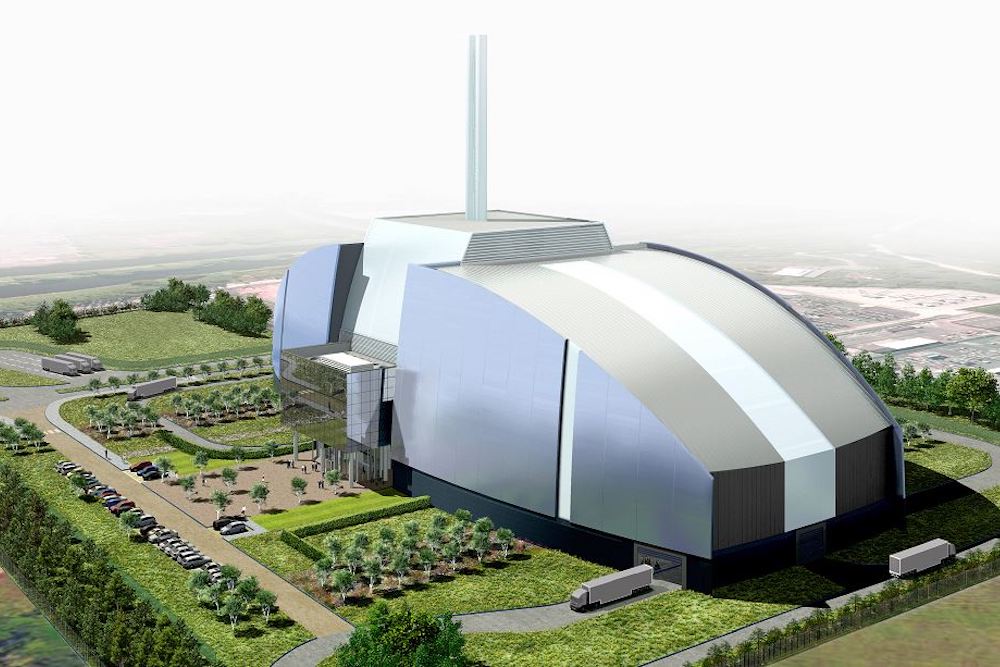 Plans for an Energy from Waste (EfW) incinerator plant on the site of the old Skelton Grange power stations are set to come to fruition this year, ten years after a planning application was first submitted.

South Leeds Life first reported on plans for such a plant back in February 2012. At that time the scheme was brought forward by Biffa and was seeking planning permission for a plant that would take up to 300,000 tonnes of industrial waste a year. The plant was granted planning permission in September 2013.

Work on the scheme has continued over the years, despite Biffa dropping out. Plans are now moving forward as a joint venture between Wheelabrator and SSE Thermal. The two companies run two similar plants at Ferrybridge near Castleford.

In March 2020, the capacity of the plant was expanded with planning permission granted to extend the amount of waste processed to 410,100 tonnes per year. The plant is expected to produce 45 Megawatts of electricity a year, enough to power 100,000 homes.

In December 2020 the plant was granted permission to operate by The Environment Agency. Under the permit the operators may process up to 410,000 tonnes per year of municipal solid waste, commercial waste, industrial waste, sewage sludge and non-infectious clinical waste. Acceptance of sewage sludge would be limited to a maximum of 15% of the throughput.

Wheelabrator and SSE Thermal have also signed a ten year deal with Associated Waste Management, who have a large materials recovery facility close by on Valley Farm Road in Stourton, to supply refuse derived fuel.

The old coal fired power stations closed in 1983 and 1994 and were subsequently demolished. Skelton Grange Environment Centre which was created by The Conservation Volunteers in 1992 on a corner of the site, will not be directly affected by the new plant, which is to be built on another part of the site.

As well as the plant itself, the plans cover improvements to bridge that carries Skelton Grange Road over the river and canal. As we reported last year, this bridge also carries the transpennine cycle route and footpath, which suffers from a set of narrow steps on the north bank. Work on the bridge presents an opportunity to create a proper ramped access for cyclists and pedestrians.

Wheelabrator claim the facility will create hundreds of new jobs in the construction phase and will employ 40 full-time staff once operational.

“Skelton Grange Multifuel will further improve the UK’s waste-to-energy infrastructure at this critical time –not only will it safely treat waste by-products and divert non-recyclable waste from landfill, it will prevent the need for export of waste to Europe, reduce greenhouse gases, recycle metals that would otherwise go to landfill and generate renewable baseload energy.”