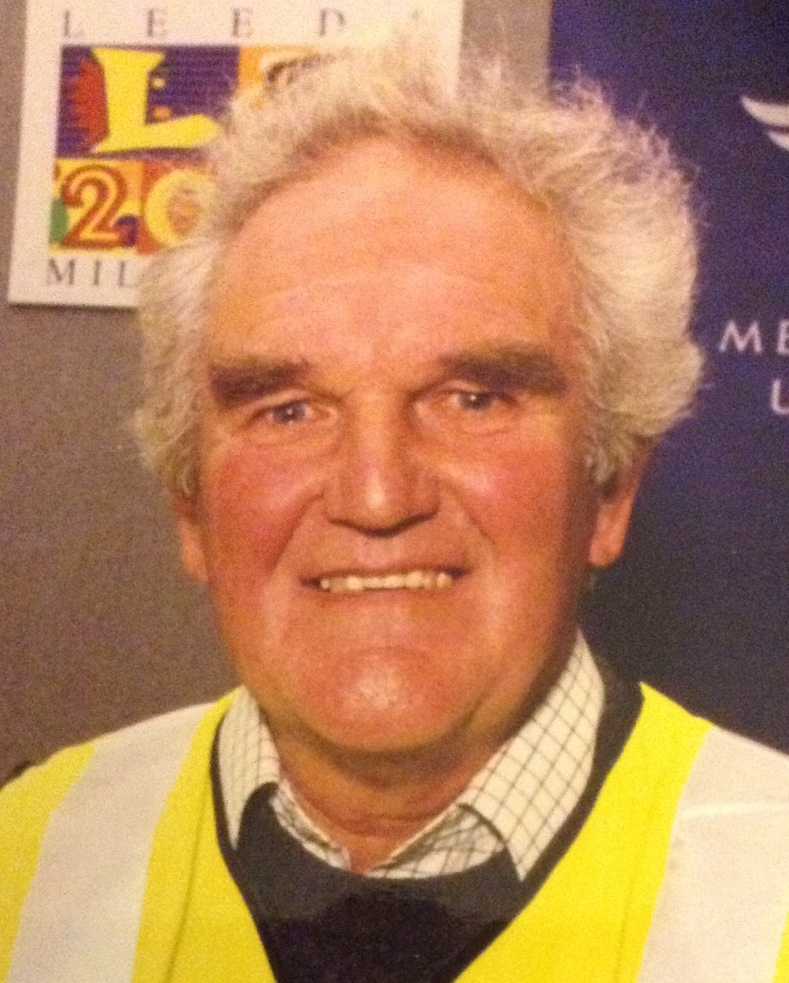 It is with great sadness that we report the death of Joseph Keith Lee BEM, known to everyone as Joe. 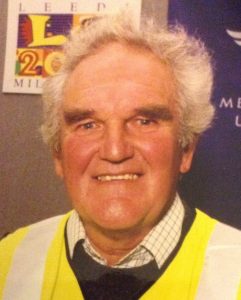 Joe was an active member of the South Leeds community and particularly enjoyed working with children and young people. He was a very positive and enthusiastic and keen to get stuck in. His family describe him as being at his happiest when helping others.

Joe was born in Yeadon in 1931. Following National service in the RAF he joined the Leeds City Police where he served for 30 years, including a role as Juvenile Liaison Officer towards the end of his career.

From 1964-88 he was Officer commanding 168 (City of Leeds) Squadron of the Air Training Corps and remained involved long after. He was a former Chairman of the Middleton Railway Trust, a governor at Hugh Gaitskell Primary School and a trustee of the Leeds Christian Community Trust. He was involved with thee Red Cross, the RAF Association and every autumn he could be found selling poppies for the Royal British Legion.

Joe was awarded the British Empire Medal (BEM) in 1989 for service to the community and the Leeds Silver Medallion in 1991 for services to the City of Leeds.

A committed Christian, Joe sang in the choir at St Mary’s Beeston, rang the bells at Leeds Minster and enjoyed reading the lesson. He was one of the original team setting up Kidz Klub in 2001 and remained very active with the group until recently. Other members describe him as “much loved by the children, a steadfast Grandfather figure. Who was always enthusiastic, always positive and always 100% committed to them.”

So much of Joe’s life was about investing in the next generation and supporting young people, outworked through many community and charity commitments. (At one point he was actively involved in upwards of 20 charities!). He loved to help organise positive community action projects (many and varied) , he always had ideas about what could be done next and was a deeply generous man. He shared his time and his talents in many ways. He so often talked of his commitment to seeing young people become “responsible citizens”, to “giving young people opportunities, hopes and aspirations “, to the importance of providing young people with “positive role models” and to encouraging young people to think about the “environment and to connect with the beauty of the world around us and creation”-one of Joe’s great passions in life.

His steadfast faith in God and optimism was a source of constant encouragement to many of us, we respected him deeply and have always tried to keep up with his example! Joe was a gentleman through and through and was committed to bringing happiness to those around him, always seeking the best and always seeing a positive opportunity.

He brought so much life and encouragement to us and to the many children and local community members that he worked with in a vast variety of capacities- from events in the park, to Beeston in Bloom, to the Air Cadets, to work with local Primary Schools and the Doctors surgery, to collecting for the Poppy Appeal, to being a Trustee of the Leeds Christian Community Trust and much more.

Joe was a great light in our life and instrumental in bringing much happiness to 100’s of local children and families through his ongoing dedication and work. He will be very sadly missed, but his legacy and outstanding example of a life well lived will certainly live on in those his life touched and who had the pleasure of being able to call him our friend.