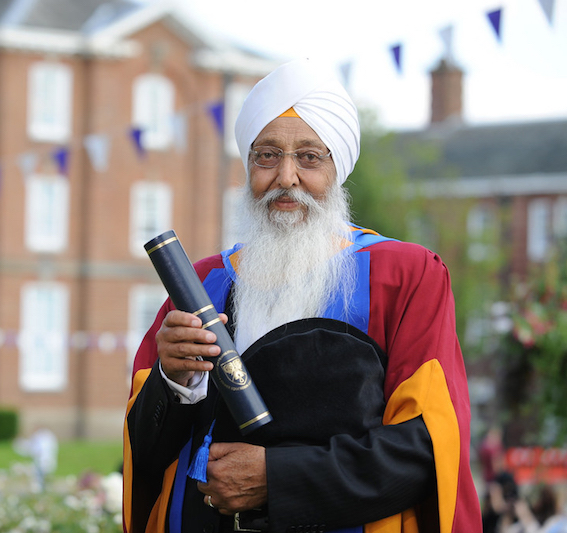 Harbans Singh Sagoo who died earlier this year was a significant figure in the Leeds Faith community.

He was born in Kenya and moved to Britain in 1968 when Asians living in Kenya were forced to leave by the government. Settling in Beeston he ran the Woodlea Garage with his brother Harjinder for many years.

Harbans was Chairman of the Leeds Guru Nanak Nishkam Sewak Jatha (GNNSJ) – the Sikh Temple based at the old Rington’s tea factory on Lady Pit Lane in Beeston.

He worked tirelessly in the voluntary sector, in particular helping people from different faiths to come together in common cause.
The GNNSJ is much more than a place of worship. It operates an open door policy serves food to the community twice a day, 365 days a year and offers educational facilities, with classes ranging from computing to learning Punjabi, to learning Indian music, to sewing and martial arts. It also caters to Sikhs outside of the area such as Denby Dale, Wakefield, Morley and Dewsbury.

Harbans also served as a Governor for Joseph Priestly College, contributed to the Council of the Parliament of World Religions Conference in Barcelona and met the Pope personally at the Vatican and discussed inclusion and World peace.

He was not afraid to tackle difficult situations such as work with the prison services to help offenders integrate back into the society. Harbans was one of the people who stepped forward to tackle the unrest created after the 9/11 and 7/7 bombings, again he worked tirelessly to promote social inclusion by engaging with the local community and hosting events to bring people together as one.

In 2014 Harbans was awarded an Honorary Doctorate by Leeds Beckett University for his service to the city and region and contribution to public and voluntary service.

Speaking about receiving the award he said:

“I feel really honoured and privileged to receive this award today. Good education is everybody’s birthright; my advice to the students graduating today is to give something for nothing, this can really bring you happiness and internal peace.”

His funeral on Wednesday 13 January was attended by over 1,000 mourners and live streamed on YouTube.