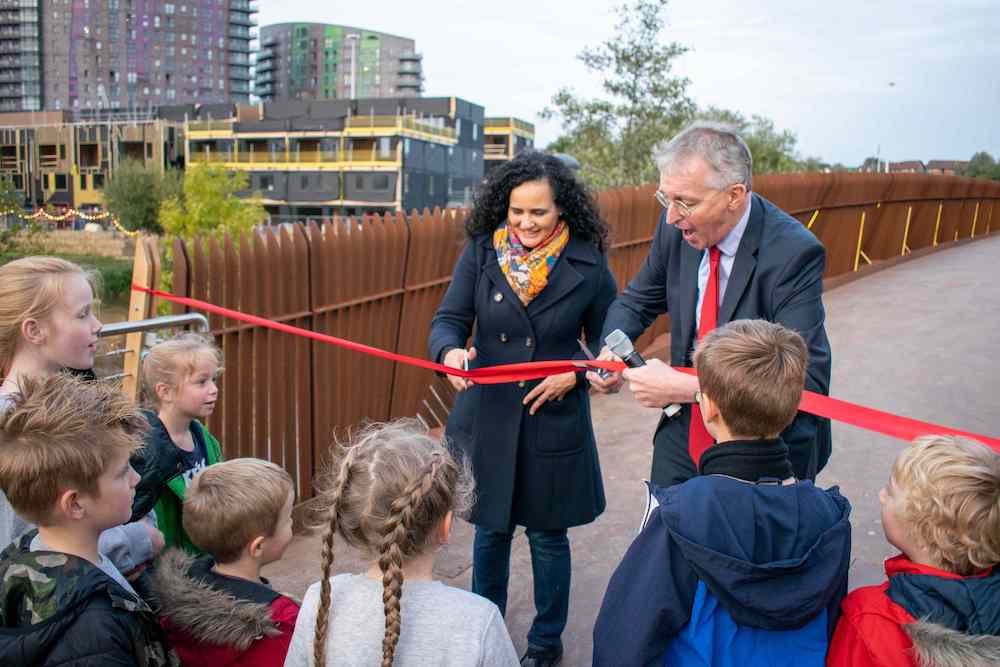 Sustainable urban developer Citu hosted a special event on Friday (11 October 2019) to mark the completion of a £1.5m pedestrian bridge at its Climate Innovation District in Leeds. The eye-catching 50m structure provides a vital link across the River Aire from Hunslet in Leeds’s ‘South Bank’ to the city centre.

Labour MP Hilary Benn conducted the official ribbon cutting, joining the developer and residents in a ceremonial walk across the bridge. It will now be used by the growing community as a pedestrian and cycle route into the city, halving the walking time from 20 minutes down to 10 minutes and allowing a healthier, safer journey along the River Aire.

The rust coloured steel bridge, designed by Halifax-based Gagarin Studio and Hebden Bridge-based DP Squared, links Citu’s Phases One and Two of the Climate Innovation District either side of the River Aire. When completed, the District will feature more than 800 low carbon Citu Homes including apartments and houses, alongside leisure, offices, public realm and green community spaces.

“This is a bridge to the future. It’s about building communities as it will connect residents in the new homes to the city centre and will encourage more people to walk over the river as the South Bank develops. It is a fantastic development and I want to say thank you to Citu for what you are doing as you are showing what is possible. We want more developers to build homes in this way, as this is how we are going to beat the threat of climate change in this country.”

Resident Katrina Welsh, one of the first residents to move into the District, who helped organise the event added:

“The new bridge connects our community to Leeds and really opens things up for us and our visitors. Walking along the river into work will be a lovely way to start the day.” 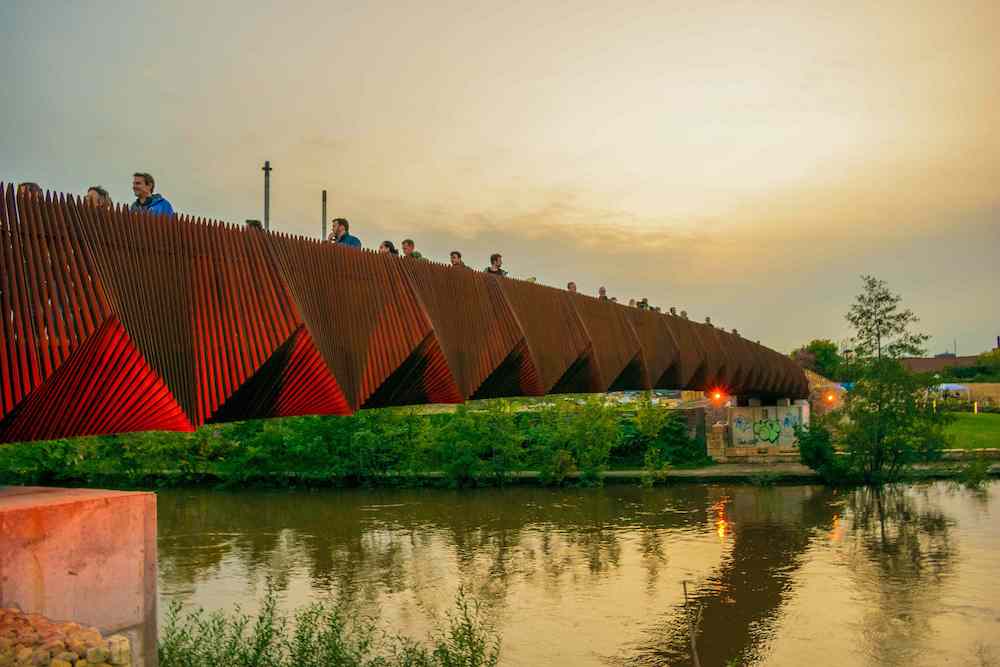 As part of the celebrations, residents and stakeholders joined the Citu team in a newly created pop-up park, commissioned by the developer, on the south bank of the bridge on Clarence Road. The urban park, which will be open to the public, is transforming an area of derelict land which will eventually be home to phase two of the District. It currently features colourful murals designed by local artist, Emma Hardaker, alongside upcycled wooden planters and new riverside seating made by Leeds Wood Recycling.

As well as creating an integral and important link for the city and communities in Cross Green, Hunslet and beyond, the 3-metre wide bridge has been engineered to accommodate Leeds City Council’s planned £40m district heat network as part of the South Bank regeneration project. The district heat network is not required for the homes in the £250m Climate Innovation District due to the airtightness and low energy needs of the innovative timber-framed design. However, it will offer both existing and future developments in the area the opportunity to benefit from the Council’s flagship district heat network, which will harness heat from the Recycling and Energy Recovery Facility (incinerator) at Cross Green.

“The bridge is an eye-catching landmark that the city can be proud of. Not only does it offer a crucial physical link across the river, better connecting the area to the city centre for pedestrians and cyclists; it’s a stunning piece of architecture in its own right. Connectivity, promoting a healthier way of life and innovative design are at the heart of the Climate Innovation District, and this bridge embodies all of that and more.” 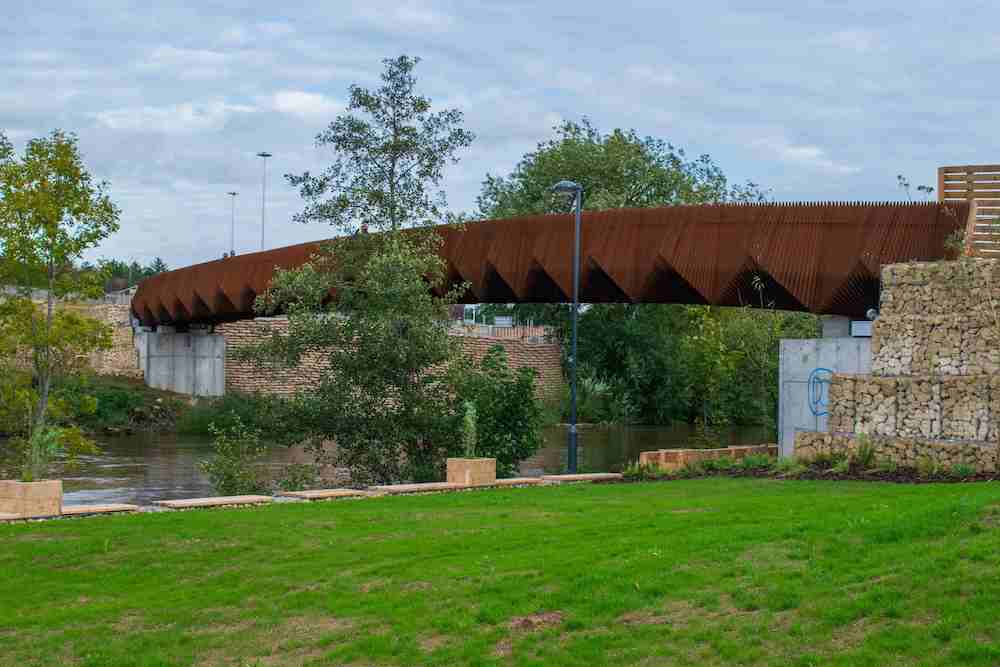 “The completion of the new River Aire bridge marks a milestone moment in the transformation of the South Bank area which is also home to the Growth Deal funded Leeds College of Building campus.

“We’re passionate about investing in projects which help people make healthier travel choices. Not only will the new bridge connect previously isolated communities to the city centre, it will allow them to walk or cycle in half the time it took before.  Additionally, it will carry the pipes for the district heat network which will provide low carbon heat and hot water for homes and businesses, helping us become a net zero carbon City Region by 2038 at the latest.”

Citu recently submitted planning for the next phase of homes at the District, three low-carbon apartment blocks ranging between five and ten storeys designed by architects Hawkins\Brown, which are due to start on site later this year.