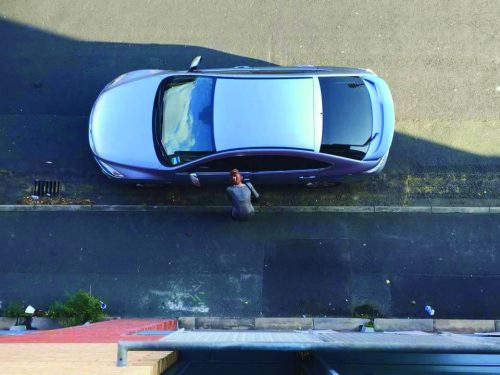 The latest plans – which the leaders insisted had been shaped in response to concerns raised by local people and other stakeholders – particularly feature the appointment of four new dedicated police officers. They also include a restated commitment to working with local residents on a review of the programme – and more openness to disclosing the exact geography and rules of the zone. But local campaigners are dismayed by the continued support for a “failing” scheme, and vow to fight on against it.

The new resources – jointly funding by the Council and Police – have already put four new police officers into post, tasked with: providing a faster response to reports on the dedicated phone line; building better relationships with residents, businesses, and the sex workers; developing better intelligence; targeting curb crawlers and soliciting outside of the area; and building local confidence by being more visible locally.

One key aim is to free up the local Neighbourhood Policing Team by doing so. And they stressed that – whilst much more work was needed – there were signs that the approach was working. Namely, that on-street sex work in Leeds – unlike most other UK towns and cities – isn’t increasing; and that unlike in previous generations, and in other towns, there is no evidence of vulnerable young people becoming involved in sex work.

“We remain convinced that this considered approach is the right one. It’s not a ‘legal red light zone’, but has always been about safeguarding vulnerable women – the ultimate aim being to help them exit prostitution. Ten years of enforcement didn’t work – but the current situation hasn’t felt fair on locals, who absolutely have a right to live without anti-social behaviour. We want less impact on residents, so we’re listening, learning, and improving.”

And Paul Money, the Chief Officer for Safer Leeds, added:

“We’ve good community engagement in Holbeck, I wholeheartedly understand local concerns, and residents and groups have absolutely shaped our response. For example, we will not tolerate sex acts in full public view, causing major alarm. So we need police capability to enforce our rules. There will be different consequences for the women, and men: a twin-track approach, because the women are more vulnerable, they’re victims, and they need help. The independent review, developed with local people from next April, will tell us how effective we’re being.”

But Laura Walton, a local resident and business-owner, and campaigner against the Managed Approach/Zone, responded:

“I’m outraged by today’s announcement, ploughing more money into this shambles. After four years, why are they still trying to make a failed experiment work, regardless of the massive effects on a whole community? How long are they going to allow it to continue wrecking peoples lives? I and many other residents have no trust at all in the authorities; we’ve been let down so badly. It’s a disgrace that we’re paying for a zone that we don’t want and never did.”

In response to today’s news, campaigners have called a Christmas-themed protest against the approach/zone, on Tuesday 18 December, between 4pm and 5pm, on Holbeck Moor.

The Holbeck Managed Approach was conceived in 2014, initially as a pilot, and later extended. It permits on-street soliciting for sex work in a light industrial area between residential Holbeck and the city centre, between the hours of 8pm and 6am – with the Council and Police putting in extra resource to manage it.

Supporters argue that it is enabling better long-term work with the sex workers, to improve the situation for everyone. But many residents argue that it’s spiralled out of control, and that it is having a significant negative impact on the local community.

For more information on Safer Leeds (who oversee the scheme), click here.

For urgent issues relating to the scheme, call the dedicated police hotline on 07534 309568. For non-urgent issues, phone 101 or email: InnerSouth@westyorkshire.pnn.police.uk.

For waste and litter issues, contact the Council street cleansing team on (0113) 222 4406, or email: sseaction@leeds.gov.uk.

For more information on Basis Yorkshire, one of the local charities working with the sex workers, click here. And for more info on Save our Eyes, the local group leading the campaign against the approach/zone, click here.

One Reply to “New resources for Holbeck sex work zone – but is it working?”