Leeds Federated Housing have been granted permission to build 27 new affordable homes on land next to Winrose Drive and Newhall Gate in Belle Isle.

The planning application was considered by the South & West Plans Panel on Thursday (18 February 2016) because the housing association is not able to provide the full amount of public open space that housebuilders are required to provide for a scheme of this size. 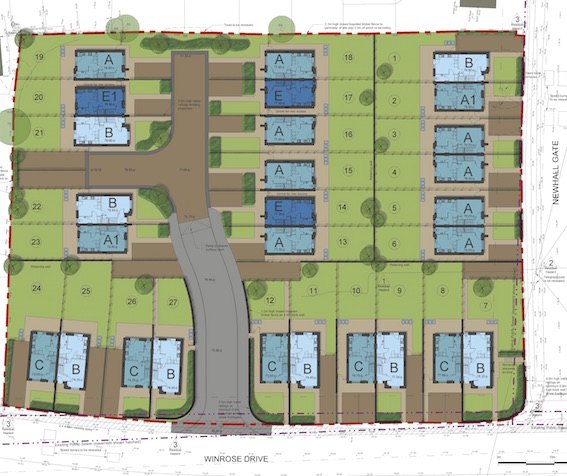 Cllr Caroline Gruen (Bramley & Stanningley), Chair of the panel, summed up the feeling of the meeting saying that the amount of local green space (the site lies opporsite Middleton Park) and the houses’ garden spaces more than compensates for the lack of amenity space within the development.

Cllr Elizabeth Nash (City & Hunslet) was keen that the colour of the brickwork would match existing nearby properties.